More important than pints: Have we forgotten how valuable our nurses are?

Have we forgotten how much our nurses have sacrificed and experienced during the pandemic?

The height of the pandemic was an unbearably brutal time for all of us, but our nurses were the ones on the frontline. They were the ones who witnessed the death toll rising on their wards rather than watching the figures rise on RTÉ news.

They were the ones who stood with patients as they took their final breath in isolted wards.

They had to make the harrowing phone calls to loved ones who lost family members too soon to COVID-19.

They're the ones we clapped for, praised, and lit candles for.

They're the ones we've completely forgotten about as we whine and complain about menial things like wedding numbers and drinking a pint of Guinness indoors.

The re-opening of our country has been welcomed with open arms. After all we've been through, being able to see friends, sit in the cinema or even drink coffee from your local cafe has felt surreal. It's a comfort to know we can live again rather than just survive.

We are able to make memories and host reunions and emerge back into happier lives, but as pubs, shops, and hairdressers opened, we forgot about the people who really carried us through the pandemic. The ones who saved lives. The ones who made the biggest difference of all. 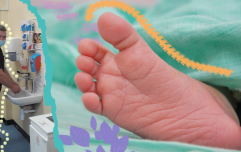 "We don't know what the winter will do": The reality of being a healthcare hero in Crumlin hospital

END_OF_DOCUMENT_TOKEN_TO_BE_REPLACED

The 'Thank you frontline heroes' flags that continue to wave from homes around my local area are a distant reminder of the admiration the country had for the tireless work and trauma they had to endure. Now that love and care have been drowned out by heated discussions about vaccine passports, Zappone's gathering at the Merrion, and how many cousins, who you barely talk to, can attend your wedding.

We've completely lost sight of what matters. The perspective is gone and the selfishness has spread throughout society just like Covid did.

Our frontline workers never stopped. The pandemic hasn't magically ended for them because their local pub opened.

"We’ve gone above and beyond, and we’re expensed. A national clap was so appreciated but it ends there. We are exhausted on the frontline and need to see tangible recognition," a nurse told the INMO.

I don't think you realise just how valuable our country's nurses are until you have a loved one in hospital. The work they undertake is unimaginable but they do it day after day and haven't complained half as much as some people did when indoor dining was pushed back a couple of weeks.

In 2017, my Mam was admitted to James's Hospital after suffering from a seizure. She was taken into intensive care and put in an induced coma. It felt like my entire world had been turned upside down in an instant. My mind was full of worries, my heart beating like crazy and my entire body tense with fear. I was too young to lose her, it was something my brain couldn't even comprehend. 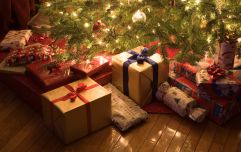 END_OF_DOCUMENT_TOKEN_TO_BE_REPLACED

We waited and waited in the A&E for what felt like weeks, but it was only 11 hours or so. Every time the door opened we'd hope the nurse would update us and felt hurt when she called another family or patient. They eventually let us into ICU to see her. She was hooked up to so many machines. We wore PPE and walked by so many patients in similar conditions, but it was the warmness of the nurse that reassured us. They kindly let us sit with her albeit only for a few minutes, but it was what we needed.

And that's exactly what they did throughout this entire pandemic. Worked tirelessly, sacrificed their own lives, and put themselves in danger to protect our people.

And what thanks did we give them?

We took over social media and the airwaves and gave out because we couldn't go to Lanzarote all the while our nurses and other frontline workers were continuing to carry on, saving lives and comforting patients.

Dr. Michael Ryan, the executive director of WHO Health Emergencies Programme, said it best: "Frontline workers are working under immense pressure, under immense strain and they are extremely courageous. The least we can do is give them the tools, the training, and the environments in which they can do that work at the safest possible level."

Today, the Irish government announced plans to give additional benefits to those working in the public sector throughout the pandemic.

Frontline workers will be given extra leave and non-taxable vouchers, but surely the Government and society can do so much more than that?

The government is working on bonus options for public sector workers after a plea from unions representing healthcare workers, but what they really deserve is a hefty pay rise, more annual leave, stronger working conditions, better supports and services, and a hell of a lot more gratitude from a public that has complained more about pints of Guinness than the treatment of our nation's nurses.

Our nurses never stopped working through this horrifying pandemic and they deserve everything and more. Clapping and hanging a flag outside your window simply isn't enough.

We can't give them the pay rises they so rightfully deserve, but we can give them respect and recognition for all they've done and continue to do.


popular
Expectant mum says MIL wants her to 'hold off' giving birth until her renovations are done and what?
Ed Sheeran and his wife Cherry welcome their second child together
Mum reveals why you should never let your child sit on your lap on a slide
New mum devastated that her mother-in-law held her baby before she got to
Ryanair passenger refuses to swap seats with mum and baby- was she wrong?
Rebekah Vardy storms out of court just 30 minutes into final day
Here’s how to plan a family holiday without spending a fortune
You may also like
1 week ago
Europe scraps mandatory face masks for air travel
3 weeks ago
Singer Dickie Rock heartbroken after losing his wife to Covid-19
1 month ago
HSE asks parents not to send their children to school if they have rhinovirus
1 month ago
Public warned about scam text posing as HSE Covid close contact alert
1 month ago
Covid isolation period to be reduced, Taoiseach says
1 month ago
Calls for Covid measures to be re-introduced as cases rise rapidly
Next Page