This is why another baby is GREAT for your marriage (yes, really)

If you are currently debating whether or not you should be going again, here is a piece of information that might swing things in favour of Baby #2.

We all hear about how having a baby changes our relationship, and in fairness, there is no doubt that it does. As wonderful as having a family is, the day-to-day responsibility of caring for children can put a strain on any relationship. (Hello, night feeds!). But while many previous studies have tended to say that marital satisfaction drops after the birth of a child and continues to decline with each new child, a new study, however, claims that how couples respond to their second baby varies greatly, with many returning to the quality of their marriage before the babies.

Yeah! Bring us all the babies!

The study, published in the journal Couple and Family Psychology: Research and Practice, looked at more than 200 married couples during the pregnancy of their second child and up to a year after the baby was born. What they found, was that each individual experienced different levels of satisfaction: Some felt a honeymoon effect, in which good feelings increased briefly, others experienced a short-term decline but quickly adapted while a few others ended up in crisis mode with longer-term negative feelings. 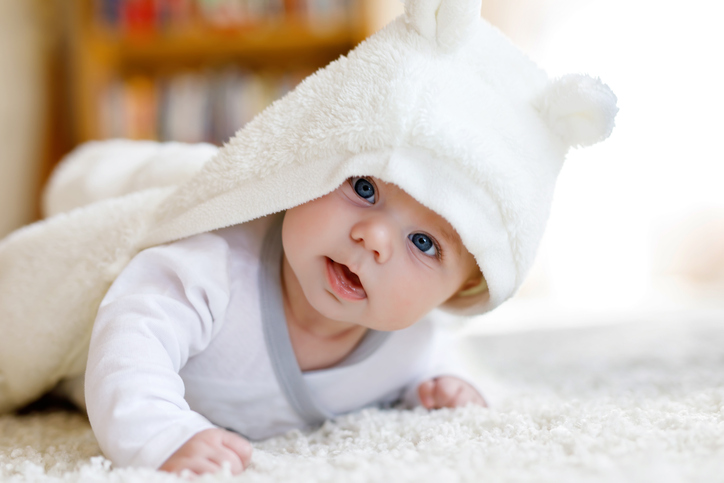 "There isn't just one response to having a second child, but many," says one of the lead authors of the study, psychology professor Brenda Volling at the University of Michigan. "

The most significant finding was that couples who managed to communicate positively through calm discussion, respect and problem solving did better when it came to managing life with two kids. "Couples are more likely to have a smoother transition if they use constructive patterns of communication with their spouses rather than yelling at one another for not doing their share of child care, such as changing diapers or putting the older one to bed," says Volling. "But the same goes for first-time parents, she says—good communication skills are key."

And even if couples did report a decline in marital happiness after baby number two, the study showed that it didn't last very long – couples were often back to normal by four months—which, to Volling, reflects the resilience of the family bond.

"There is no question things are going to change once the baby is born, and there will be a period of disruption as the couple learns how to adjust to their new roles as the parents of two children," she says. "But for most couples, they will figure out how to adapt, develop new routines, and be as happy as they were before baby number two arrived on the scene."


popular
10 charming baby names we think are absolute worthy some consideration
Get ready: The top 12 toys expected to top every child's wish-list this Christmas
Five classic kid-friendly Halloween films perfect for a festive movie marathon
Joaquin Phoenix and Rooney Mara give birth to baby boy with very sentimental name
These beautiful hand-made Christening gowns are inspired by Ireland's history and ancient Celtic past
For some Irish families, uncertainty and fear came long before the pandemic
These 5 Foods Could Increase Your Chances of Having Twins
You may also like
2 months ago
Aunts are 'as important as mums' when it comes to raising girls according to parenting expert
3 months ago
Research says being around grandparents has a major benefit for children
4 months ago
Here is why science says maternal grandmothers are especially important to children
5 months ago
If you've overdone it with the Easter chocolate... we've the perfect lighter Sunday lunch recipe
5 months ago
Stuck for Easter dinner? This lemon, rosemary, and salt-crusted lamb will have the whole family drooling
5 months ago
Easter celebrations at home with your family! How to cook the PERFECT beef roast
Next Page