There is no denying that being a working parent of young children is pretty full on, no matter who you are or where you live.

Juggling the demands of a career and maybe even a commute with that of a family is a balancing act many are forever trying to get right.

Having been a working mum in two different countries, though, I will be the first person to tell you that there are certain surrounding circumstances that can make this chapter in your life easier – or incredibly much harder. Politics matter, and how geared this is towards being family friendly – and especially working mum friendly – can make a huge difference to your family, your finances and also your overall levels of happiness and wellbeing. 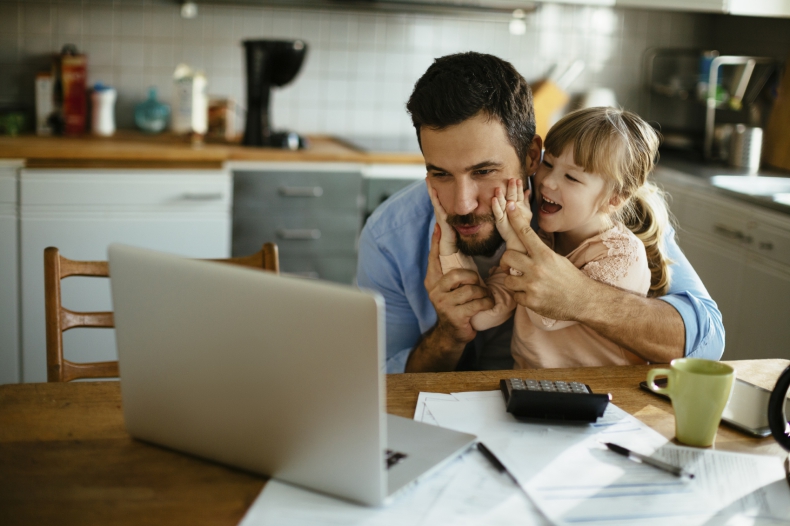 In a recent study by UK-based Focus Expert Market researchers looked at the standards of work-life balance that parents can expect in different countries all over the world. And guys, unsurprisingly to most working parents, maybe, Ireland came out firmly in the bottom ten, alongside countries like the US, Mexico and Turkey. 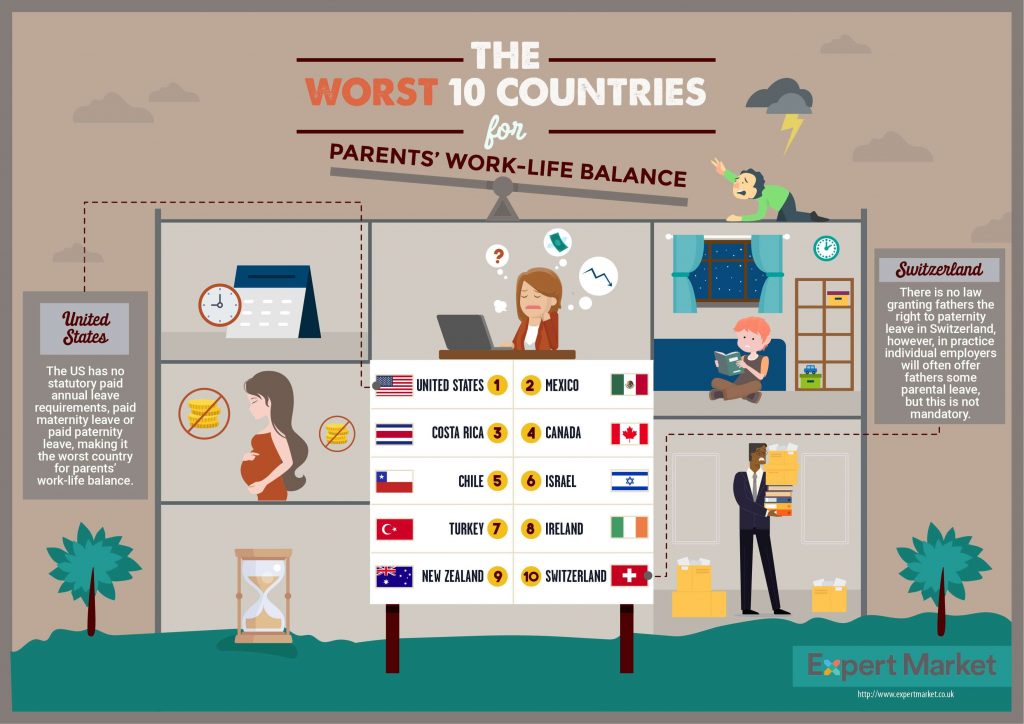 To investigate, the researchers looked at factors like average annual hours worked by parents, the number of paid annual leave working days permitted by law in each country, total paid leave available to mothers and total paid leave reserved for fathers, for a total of 37 countries.

END_OF_DOCUMENT_TOKEN_TO_BE_REPLACED

Coming out on top of the list of countries where working parents have a good work/life balance were neighbours Finland and Estonia, where paid annual leave allowances paid leave available to mothers gave them a high score. In Estonia you get an impressive 85 weeks at full-rate pay.

The other Scandinavian countries scored high too, boosted by impressive paid leave policies for both mothers and fathers, as well as ow average working hours compared to the rest of the developed world. It should also be mentioned that childcare in Scandinavia is heavily subsidised by the state, meaning working parents pay an average of €300 a month for a full-time creche space – approximately tow thirds less than what is now considered the standard pay for the same service here in Ireland. 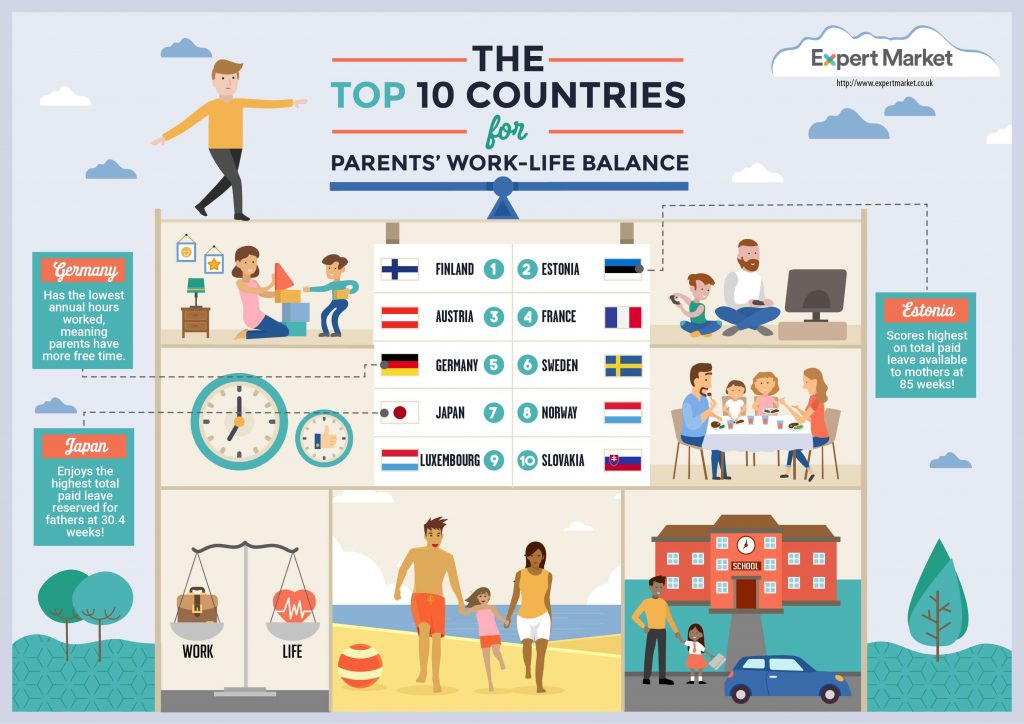 Despite being one of the world’s most developed nations, the US scored the worst of all the OECD countries, mostly due to its failure to provide any statutory paid leave to mothers or fathers, paired with the nation’s ‘Fair Labour Standards Act’, which does not require employers to pay workers for any annual leave.

This is what Adelle Kehoe, of Expert Market had to say about the findings:

“The way we work has completely transformed in recent years and work-life balance has become increasingly important. Our research clearly shows which countries are future-proofing their infrastructures and those that risk being left behind. Raising the next generation to be happy and successful is arguably the most important job of all and parents need time to do that!”

popular
Lauren Graham shares who she thinks Rory's baby daddy is
Brian Dowling: "Aoife never thought the baby was hers"
"Enhanced x-ray technology" being trailled at Dublin Airport could lead to removal of 100ml liquid rule
7 Christmas markets and Santa experiences to visit with kids this winter
Number plates could be printed on McDonald's customers' wrappers to prevent littering
These 40 baby names are set to trend in 2023
Is a second season of Gilmore Girls: A Year In The Life in the works?
You may also like
4 weeks ago
I kicked my daughter's friend out of her birthday party- was I wrong?
1 month ago
I think it's safe to say we'll all be holding our children a little tighter tonight
1 month ago
How to potty train your toddler in three days, according to the experts
1 month ago
Kelly Clarkson admitted she spanks her children if they misbehave
1 month ago
Hilary Swank, 48, reveals she is pregnant with twins
1 month ago
How to talk to kids about disabilities – and why you should
Next Page