There is no denying that having children changes all of us in many (many) ways.

I mean; who knew you could survive on so little sleep, for instance? Or that you were able to wipe up vomit (so much vomit!) without actually starting to wretch yourself? I constantly marvel at how different post-motherhood me is to pre-motherhood me.

And guess what; never mind just us mums, parenthood changes dads too. In fact, it might change them more than we realise, according to recent research.

Interestingly, the study, which was published in the American Psychological Association’s journal Behavioral Neuroscience, found that dads with girls tend to be more present and responsive to their daughters' needs than dads of toddler sons. As well as this, men with daughters also sang more often to their girls, talked more openly about their emotions and used more analytical words such as “all,” “below” and “much.”

In comparison, dads who have young boys are more inclined to take part in rough-and-tumble play and use words that are more sports- or achievement-related, such as “proud,” “win” and “top.”

Jennifer Mascaro, one of the lead researchers from Emory University and the University of Arizona, says her team speculated that the differences in interactions may be because dads accept girls’ feelings more easily than boys. “If the child cries out or asks for dad, fathers of daughters responded to that more than did fathers of sons,” Mascaro reveals.

As well as this, the changes to fathers' brains are actually so vast, they are detectable in MRI scans, as Mascaro and her team found when they used these to measure the participating fathers’ brains. 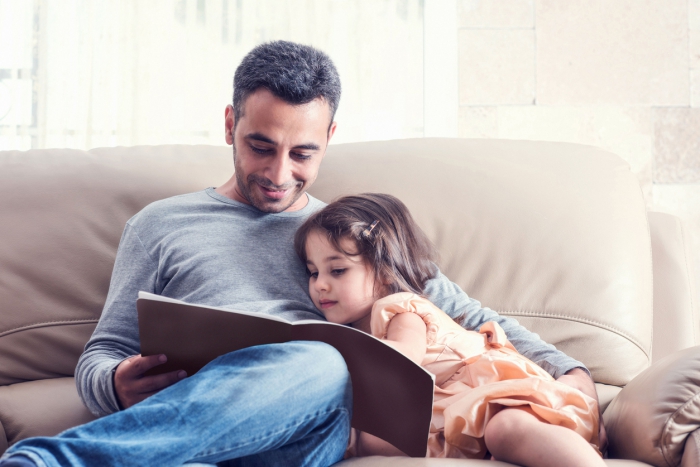 And according to the results – fascinatingly – dads of girls showed a more robust response to their daughters' happy facial expressions in the area of the brain that controls visual processing, reward, emotion regulation and face processing than dads with sons.

And this, according to the researchers, can to an extent explain why girls learn to be more empathetic than boys – as they have parents – dads – who are more attentive to their needs and open with their emotions.

Mascaro thinks there is a lesson in all of this for dads of boys – who, even without being aware of it, could be less attentive to the emotional needs of their sons.

“The fact that fathers may actually be less attentive to the emotional needs of boys, perhaps despite their best intentions, is important to recognise,” she says. “We should be aware of how unconscious notions of gender can play into the way we treat even very young children.”

Advertisement
popular
Well it's official, children misbehave the most around this parent
True crime drama follows girl who was kidnapped twice by the same man
6 unusual and unique family-friendly activities to try in Ireland's Hidden Heartlands this autumn
New parents are being "thrown out" of hospital far too early
Five children rescued from van in Cork as driver is arrested
The most popular children's books in Ireland have been revealed
Liam Neeson says he talks to late wife at her grave every day
You may also like
12 hours ago
Decoding toddlers: This is why your child can't just 'calm down' during a tantrum
1 day ago
Research says working mums of two are twice as stressed as working women with no kids
2 days ago
Should older kids have to babysit younger siblings? One mum weighs in
4 days ago
Dads are more attentive to baby girls – and there is a reason for it
1 week ago
TV presenter praises royal children – and claims most parents today are raising 'spoiled brats'
1 week ago
By age 8, children should pack their own lunches – and here is why it matters
Next Page