You are only one person, trying to do the job of many.

Being a one-parent family can no doubt be tough when it comes to a lot of different situations. After all – you are just one person trying to do the job that in most families are split between two people.

However, there is no denying that lockdown and the current school closures have magnified this for many single-parent families across the country.

Today, one in five Irish children are raised in single-parent families, according to the latest figures from CSO, with 86 percent of these households headed by a female.

Speaking to the Irish Examiner, Karen Kiernan, CEO of One Family, explains that working single parents now facing into a second school closure are under severe strain and in some instances fear losing their jobs.

“We have been contacted by people who are extremely stressed and anxious about the fact that they have no parental leave left,” Kiernan explains, adding that their helpline staff have been “flat out” responding to the fears of single parents since the announcement of school closures planned as part of the new level 5 lockdown.

“Their employer wants them to go into work and they don’t know what to do with their children. People are risking losing their jobs because they just can’t meet all the different needs. With the schools closed, it makes all the inequalities, all the struggles, and all the difficulties faced by one parent families much, much worse.”

Having lived through the first school closure this spring, Kiernan explains that the announcement of a second schools closure saw a return to the “high levels of anxiety” experienced by single-parent families throughout 2020.

When it comes to finances, single-parent families are significantly more likely to live in poverty than their two-parent counterparts, and the Covid-19 pandemic has exacerbated these inequalities, One Family has found.

“I think there’s a really big, invisible minority of children and families who are struggling day in, day out,” said Ms Kiernan. 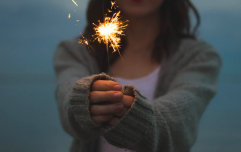 Mum confession: 20 smaller and bigger lessons 2020 ended up teaching me

END_OF_DOCUMENT_TOKEN_TO_BE_REPLACED

“All the research shows that they have fewer resources, less resilience to problems like Covid. Our society is not structured to support non-traditional families. People need two incomes to survive in this society — and if you don’t, you’re way behind.”

Many single parents reported “struggling with food and bills”, she said. “We’ve been flat out, and they’re flat out. They don’t have the energy to do anything beyond trying to survive each day.”

Kiernan says One Family has heard both from single parents attempting to work from home and single parents who are expected to return to their place of work, Ms Kiernan said.

“How can you work full-time and manage children alone?” she said. “Some employers are exhibiting flexibility and letting parents work early in the morning or late at night, but that’s not sustainable — it’s exhausting.

The ways things stand now in terms of the PUP payment for single parents unable to work as they have no childcare, conditions for single parents were not written into PUP conditionality, but Kiernan explains that the Department of Social Protection has said they are operating “with flexibility” when it comes to single parents forced to leave work due to lack of childcare.

“If there are people parenting alone who can’t work because of childcare, they should be eligible for the payment. If they’re told they’re not, they should let us know so we can contact the department.”


popular
40 gorgeous baby names predicted to be trending in the next decade
Stacey Solomon was trolled for her boys having three different dads – and here is her response
This Diet Can Lead To Weight Loss AND Sharpen Your Brain (We Are All Over It)
Netflix announces new true crime documentary series: The Vanishing At The Cecil Hotel
Jewellery made from breastmilk might sounds nuts – but look how pretty it is
10 cute Irish baby names that are not yet too popular (but will be soon, we think)
When will lockdown end in Ireland?
You may also like
3 hours ago
Staying home: 10 more indoor activities (for when you've done everything else)
3 days ago
Bruce Willis asked to leave pharmacy for not wearing a face mask
3 days ago
Close contact healthcare workers called back to hospitals due to shortage
5 days ago
Some new information regarding pregnant women and the Covid-19 vaccine has been released
5 days ago
Ireland's only breast milk bank is running low as a result of the pandemic and needs more donors
6 days ago
RTE Home School Hub is back on TV from next week as homeschooling resumes
Next Page