"He is with his new forever family now."

American YouTube influencer Myka Stauffer is facing a vicious backlash after she "rehomed" her autistic son three years after adopting him from China.

Stauffer’s channels had up until recently included regular posts about Huxley, the four-year-old child she and her husband James adopted from China in 2017, when the toddler was two.

The Ohio-based couple has posted wholesome content about parenting on their YouTube channel, The Stauffer Life, since 2014.  In addition to Huxley, the Stauffers have four other children. The oldest daughter is Myka's from an earlier relationship, and she and James have had three children together, all of whom feature prominently in their photos and videos.

Prior to adopting Huxley, the couple extensively documented their “adoption journey” in a series of 20-some videos, many of which were sponsored by a variety of brands Stauffer cooperated with.  In October 2017, the couple finally took home Huxley, which they announced in a video dedicated to “all of the orphans around the world.”

After the adoption, the social media star, 32, often shared intimate details about Huxley's autism diagnosis — often in sponsored posts. But this past February, the tot disappeared from her channel. On Mother’s Day, Stauffer wrote that the holiday had been the “hardest” she’s ever had; in response, fans grew increasingly worried about Huxley’s absence.

This week, they got answers, when, in a vlog titled “An update on our family,” a tearful Stauffer and her husband revealed that they recently “rehomed” Huxley out of concern for his well-being. 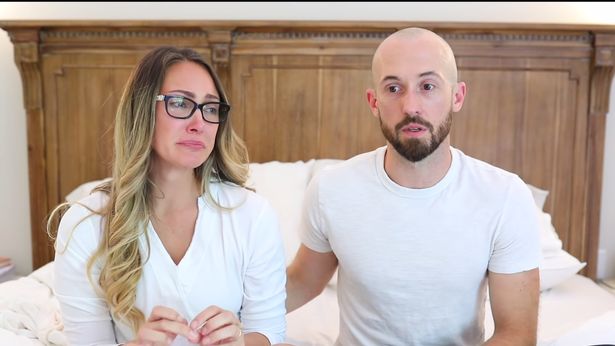 In the tearful video, Myka confessed: "Do I feel like a failure as a mom? Like 500 per cent." 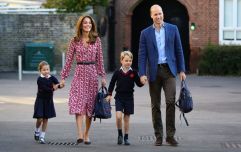 END_OF_DOCUMENT_TOKEN_TO_BE_REPLACED

She revealed to her thousands of followers that an agency has now placed Huxley with his "his new forever family", adding: "They found someone who is the best fit.

"He's thriving, he's doing really well, and his new mommy has medical, professional training. And is a very good fit"

The reason the couple give for having made the decision to 'rehome' their adopted son, is his multiple medical issues, and that they were advised he would need more attention and follow-up care than the couple felt they were able to give him.

“After multiple assessments, after multiple evaluations, numerous medical professionals have felt that he needed a different fit in his medical needs,” Stauffer says. “He needed more.” In the video, which has amassed more than 500,000 views, the couple then assures their viewers that Huxley is “thriving,” and asks for “grace, support, and privacy.”

Needless to say, the video reveal caused an uproar, both among Stauffer's followers, but also more widespread, as the story broke in many news outlets. In

“It kills me to know that Huxley is gonna have to start all over. My heart is shattered,” one person commented.

"Hope this little boy gets a real family filled with love he deserves not just for Instagram.”