It looks like we'll be exploring our very own Emerald Isle for this year's summer holidays.

Which is all well and good until you remember you have kids who are prone to feeling sick the minute you start up the car.

Fear not, parents – there is help to be found, so road trips could still feature in your family holiday future.

According to Parents magazine, motion sickness refers to feeling sick (nauseous, headache etc.) when onboard something in motion, be it a car, plane or boat, and can kick in at any age, affecting as many as half of all kids at some point in their lives.

Experts think that the reason some kids are bothered by almost any movement, while others are fine could possibly be explained by variations in the anatomy of a child's inner ear, or also potentially be linked to feeling anxious or having had a bad experience on a previous trip.

However, once you are aware your little one(s) might be prone to feeling a bit icky once in the car, there are some steps you can take to minimise the chance of them starting to feel sick:

Try placing your child's car seat in the middle of the backseat so she has a clear view of the front window. As well as being in the middle, instruct your child to lean her head back against the seat rather than letting it move around. 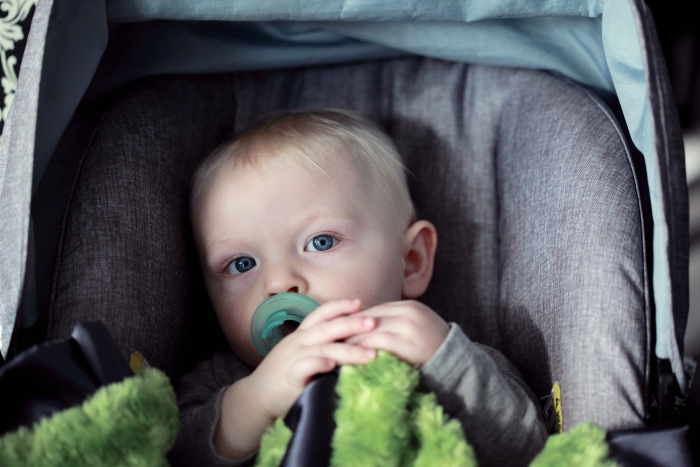 Look, we know screens could potentially make life easier for you on a long car journey, be aware that for kids that are prone to car sickness, screens should be a big no-no. The images from movies and video games (particularly those with fast-moving graphics) create excessive visual stimulation that can confuse a kid's perception of motion and bring on symptoms. Note that reading may also cause a sensory disagreement, so you'll be better off letting your kid listen to audiobooks or an iPod, or playing car-games with you, such as the aul' classic "I spy."

If possible, it's a good idea to schedule car rides to coincide with your child's naptime, since visual cues aren't sent to the brain when he's sleeping. For longer car journeys, travelling after dark is another smart strategy, since it eliminates most of the visual signals.


popular
There is a Harry Potter themed Airbnb in Roscommon and we just need to visit
The powerful Instagram post that reminds us why we need to take better care of new mums
Apparently there are 5 different types of grannies, and which one do your kids have?
Kristen Bell reveals the potty training hack that finally helped get her daughter out of nappies
An open letter to my daughter's creche – and all the people who cared for her
Broadway actor Nick Cordero dies following Covid-19 complications
Tale as old as time - twelve baby girl names inspired by literature
You may also like
2 days ago
Road trip with kids? 5 tried-and-tested tips that'll make your life easier
3 days ago
Stay or go? Here's what the experts are saying about travelling abroad this summer
1 week ago
#Covid-19: Center Parcs Ireland to reopen on July 13
2 weeks ago
Why Glamping Party Mayo is on my list of places to visit with the kids this summer
2 weeks ago
Father's Day: 3 gorgeous (and family-friendly) destinations to visit this weekend
2 weeks ago
Staycation: 7 hotels and glamping spots perfect for your Phase Three summer getaway
Next Page