You know the feeling. One minute you're counting down the hours before 5pm Friday, then you blink and it's 7am on a rainy Monday.

But what if Monday was a duvet day too? What if, instead of working the average five-day week, it was universally accepted that we should only work four?

If scientists had their way, this would already be the case. Here's why:

We'd be more productive: When researchers asked a Boston company to force employees on certain teams to take a day off midweek, the exercise produced some surprising results. At the end of the five-month trial period, output had actually increased and mistakes had decreased compared to teams who had continued to work the usual workweek.

We'd waste less time: The average office worker spends 31 hours in unproductive meetings every month and considers half of all the meetings they attend to be time wasted. Agreeing (and sticking to) a tight plan for a shorter but more productive meeting means the time is better spent and everyone benefits. 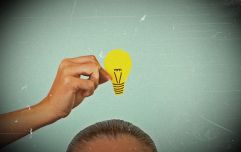 Three ways to help bag that promotion you're after

END_OF_DOCUMENT_TOKEN_TO_BE_REPLACED

We'd be better rested: According to a report published in the journal Sleep, people who worked less than 40 hours per week found it easier to drop off at night and were more likely to wake up feeling refreshed.

Does your boss believe in the four-day work week? Would you try this on a trial basis with your own employees? Let us know on Twitter @HerFamilydotie.

popular
Dad asks public to forgive his wife after she killed their three children
Molly-Mae Hague's sister Zoe has just shared the cutest unseen pictures of baby Bambi
Molly Mae says becoming a mum is the best thing that ever happened to her
Fans call out Jake Paul for insensitive comment on Molly-Mae's baby announcement
Police special operations unit seize mother's e-scooter after she took child to school on it
Adam Levine reveals gender of his and wife Behati Prinsloo's baby
Dad admits he hates his daughter's name so much it makes him uncomfortable
You may also like
8 months ago
The working parent dilemma: When a child is sick
5 years ago
Women are less likely to take a sick day from work, says study
6 years ago
A Psychologist Shares Her Top Tips For Staying Sane At Back to School Time
6 years ago
Work/Life Balance – What's That?! Try These 10 Tips to Happiness
6 years ago
Returning to work after maternity leave: 9 tips to help you totally nail it
6 years ago
What It's Like To Be 'Mommy-tracked' When You Return to Work After Maternity Leave
Next Page