It's her first role after spending time in prison for her part in getting her daughters fraudulently admitted to college.

Lori Loughlin has made a return to TV for the first time since being indicted in the college admissions scandal in 2019.

The Full House alum returned to US screens over the weekend in the season 2 premiere of When Hope Calls – a spin-off from the Hallmark Channel series When Calls the Heart, which she left when news of the scandal broke.

Ahead of the two-part Christmas special, daughters Bella and Olivia Jade Giannulli praised the 57-year-old's reprisal of her role as Abigail Stanton.

Posting a still of her mother in the show to Instagram Stories, Bella, 23, wrote: "If you have GAC, be sure to check out this wonderful woman's performance tonight."

Olivia, 22, reposted her sister's Story to her own, adding: "Yaaaaa baby SHE BACK ON THE BIG SCREEN for all u hearties out there." 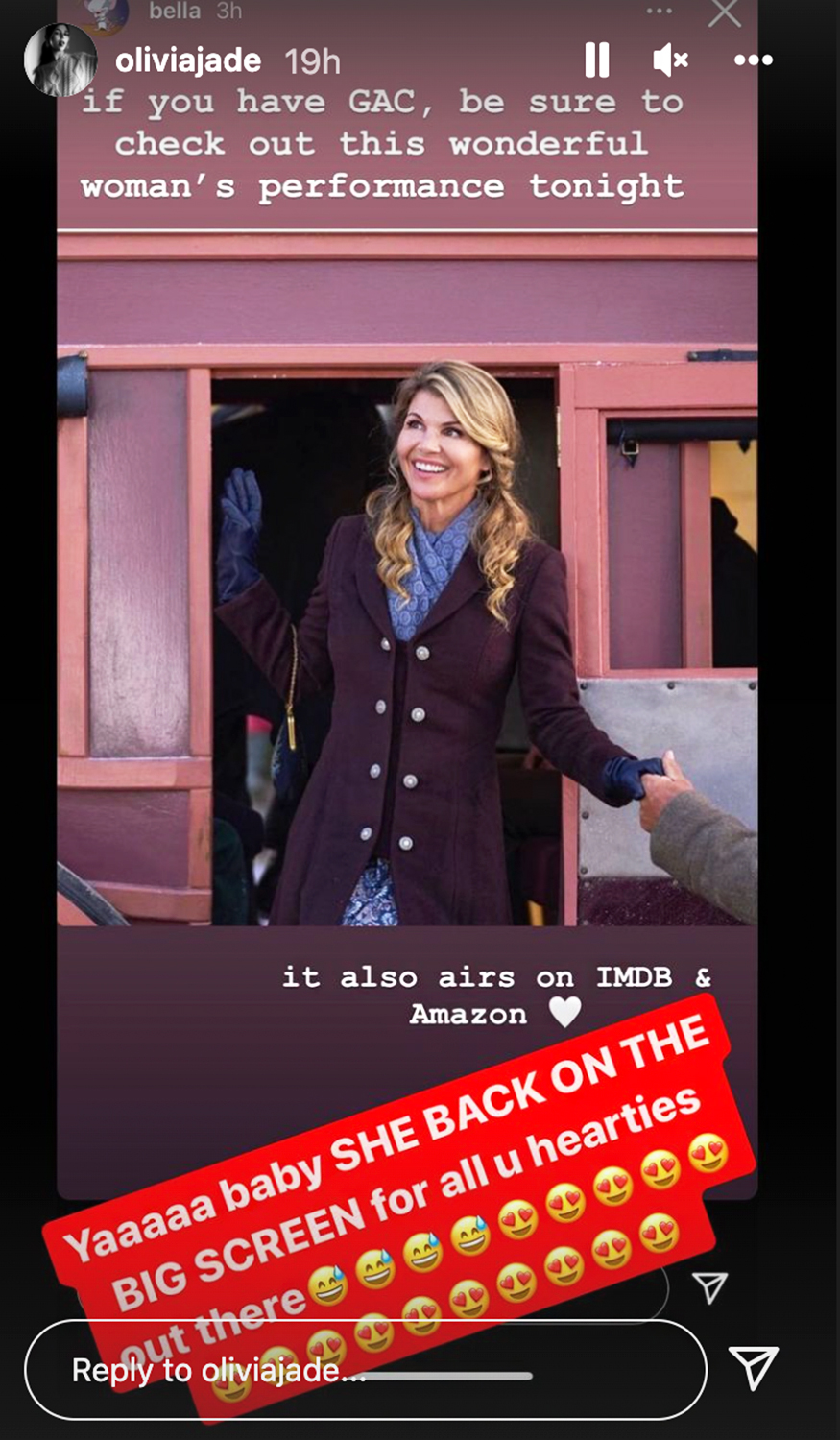 In the next post, Olivia shared a selfie of her mum and fellow When Hope Calls actor Daniel Lissing.

"Mom doesn't have Instagram so I've made the decision that I will be taking it upon myself to promote for her because I love her and she is a wonderful woman and actress. That's all! Tune in weeeeee," she wrote in the caption.

This is Loughlin's first acting gig since serving jail time after she and husband Mossimo Giannulli were revealed to have taken part in a scam in which wealthy parents paid to guarantee their kids' admittance into college.

END_OF_DOCUMENT_TOKEN_TO_BE_REPLACED

The couple was accused of paying the scam ringleader, Rick Singer, $500,000 to falsely submit Olivia and Bella as recruits to the University of Southern California rowing team.

Both Bella and Olivia left their places at USC when the scam came to light. The latter, who built a name for herself as online influencer Olivia Jade, also lost several brand endorsement and partnership deals at the time. 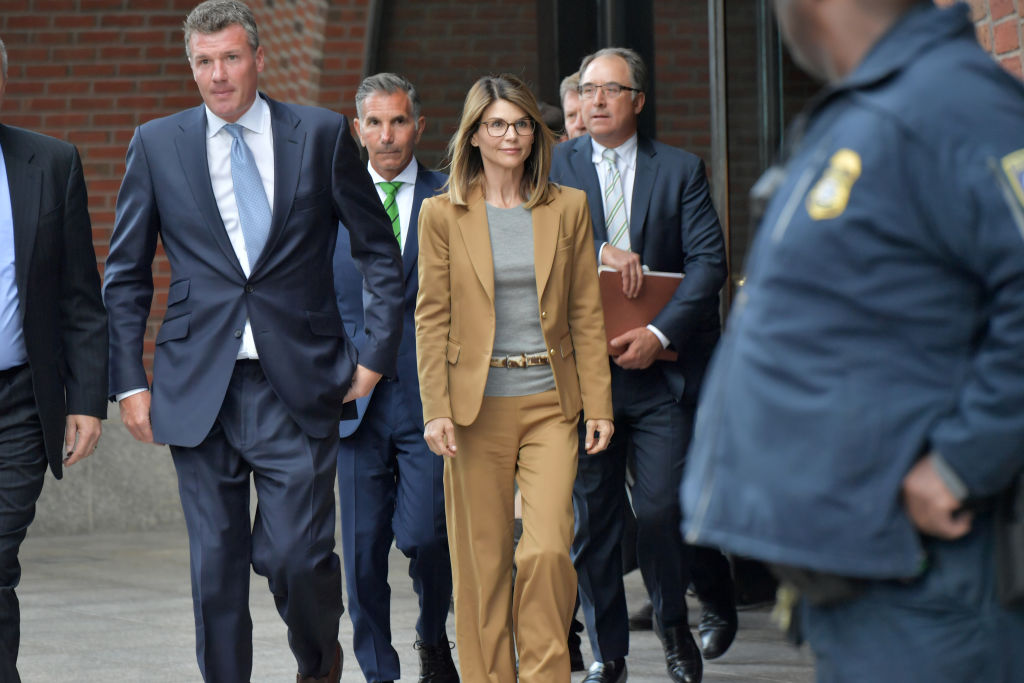 Olivia, who herself returned to her social media career several months after the scandal broke, spoke of the affect it had on the family last month in an episode of her Conversations with Olivia Jade podcast.

"Even though I also was getting dragged negatively, it didn't nearly affect me as much as seeing Mom having all this thrown on her," she said. "She really took this whole thing on her back, solely.

"There are a lot of people that were in this case, and a lot of other parents, and I do not know one other person's name," she added, though fellow actress Felicity Huffman also made headlines when she was implicated in the scandal. 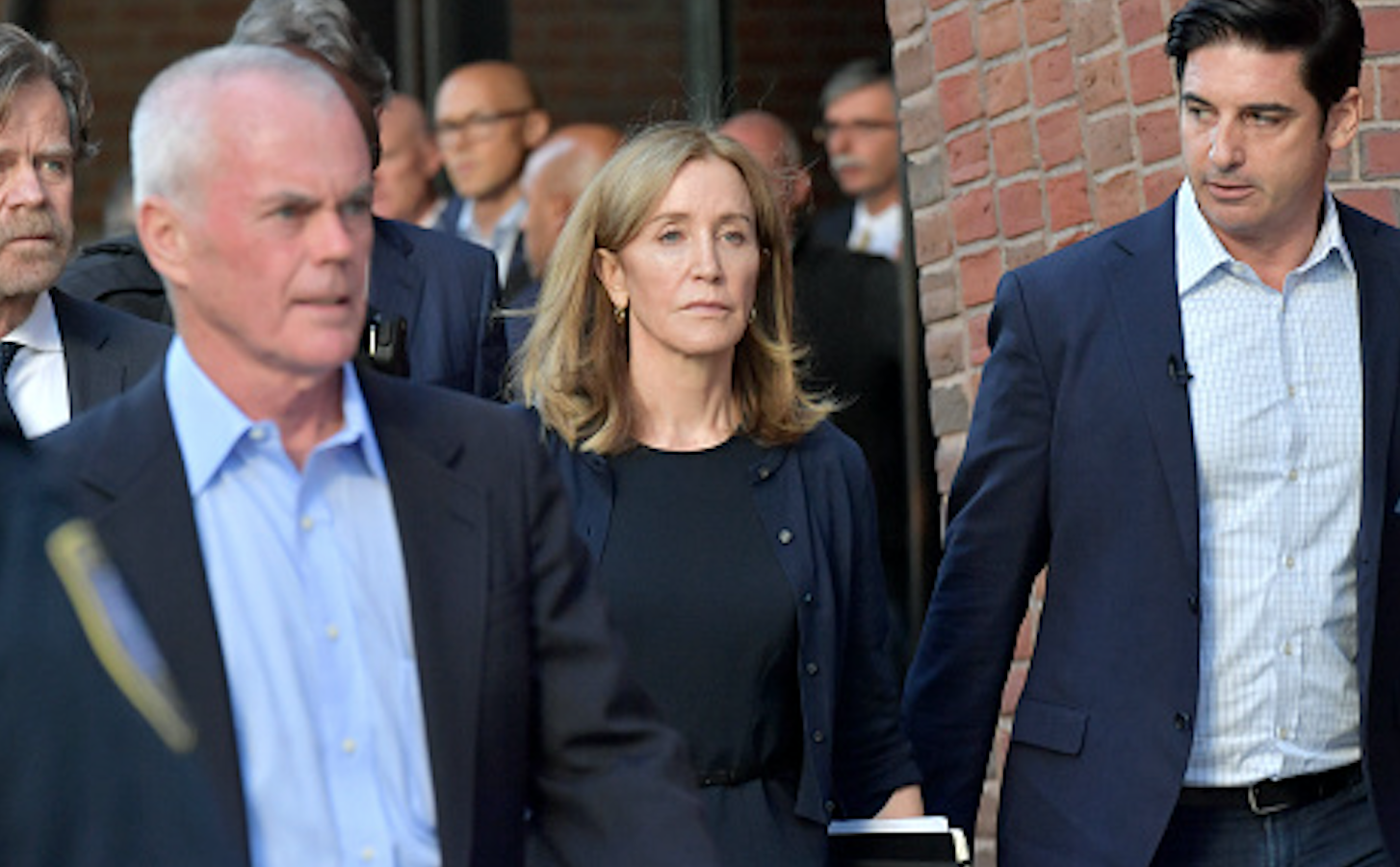 
popular
"The worst thing was finding her": Family of Santina Cawley pay tribute to toddler
Warning to parents about unknown hepatitis strain as death toll rises
We named our daughter after her grandmother but fear she will be bullied over unique name
Downton Abbey's Allen Leech reveals second child's gender in the cutest way
Karen Harrington found guilty of murdering toddler Santina Cawley
Saoirse Ruane's mum says her daughter has a tumour in her lung
Netflix announces the storyline for season 3 of Bridgerton
You may also like
1 week ago
Kim Kardashian says she'll "hopefully" have one last wedding: "Fourth time’s a charm!"
2 weeks ago
Did Pete Davidson get a tattoo of girlfriend Kim Kardashian's kids?
2 weeks ago
Pregnant Rihanna couldn't attend the Met Gala – so a marble statue of her came instead
2 weeks ago
The Met Gala once again showcased La La Land's most glam mamas
2 weeks ago
Pregnant Sophie Turner says becoming a mum made her a better actress
2 weeks ago
Met Gala 2022: What happens inside the event and where do the funds go?
Next Page