We are appraoching that season when we all welcome guests into our homes far more often when we do the other 48 weeks of the year.

And sure you can always pull a bottle of chilled wine out of your fridge to serve your visitors a drink – but how about upping the ante a little this year?

We love the sound of this apple pie sangria – pretty much all the festive flavours of Christmas, all rolled up into one delicious, refreshing cocktail.

As for picking out a good red wine for sangria, you don’t need an expensive bottle. Just try to buy a Spanish wine, since sangria originated from Spain. 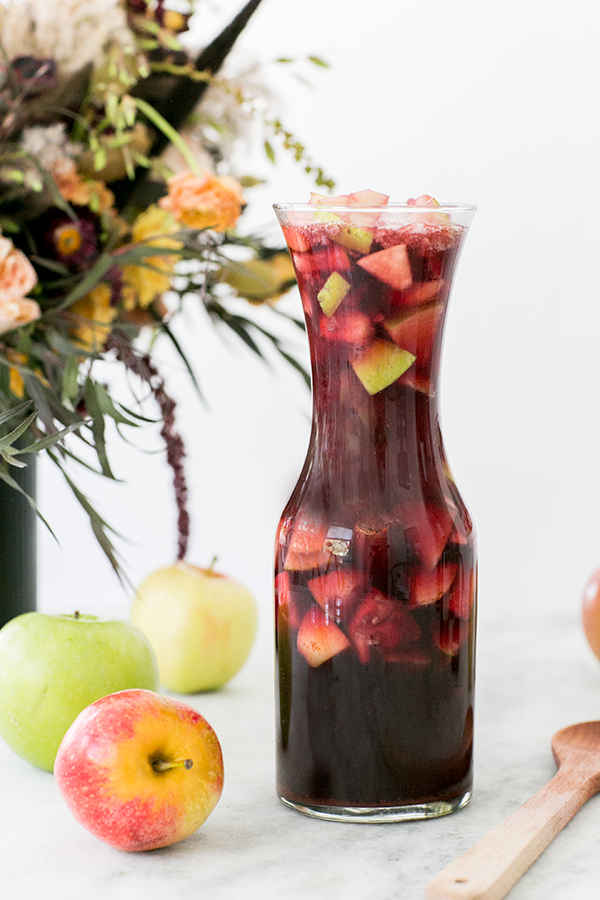 Directions
Add the chopped apples, apple pie spice, sugar and orange juice into a large pitcher and lightly muddle.
Add in the orange liquor, pressed apple cider, wine, cinnamon sticks and brandy and give it a good stir.
Let it chill in the fridge for an hour or two until it’s cold and then top it off with chilled sparkling apple cider right before you serve! Garnish with a cinnamon stick and sprinkle some cinnamon powder on the top! Enjoy!

(Recipe and image via Sugar & Charm)


popular
Planning your next getaway? Here are 6 fun family activities to try this summer
Investigation into the discovery of a body of a male, Drumcondra, Dublin
This mum's post about dying to send her kids back to school is too funny
Tasha's dad responds to Jacques' Instagram video
Actor Anne Heche rushed to hospital after car crash
Lauren Goodger assaulted and taken to hospital after daughter's funeral
Musings: I think 'Lawnmower' parenting is damaging for children

You may also like
1 week ago
McDonald's increases menu prices due to rising inflation
1 month ago
Musings: If your text messages look like this then you have found 'The One'
2 months ago
Husband thinks wife is weird for doing something most of us have done
2 months ago
Takeaways prices likely to increase this year, experts warn
3 months ago
New mum says her child won't eat from a kids menu and parents have a LOT to say
3 months ago
Mum issues warning after sour sweet burns layers off her son's tongue
Next Page