Starbucks has announced that they want to globally eliminate plastic straws from their cafes by 2020.

And therefore, in one of the company's first moves towards this goal, they have introduced a new cup for their cold brews.

Moving away from plastic straws, the cafe has created a "sippy cup" style lid to feature on all their cold brews and lemonades.

The global coffee company has announced that this move will come with a reduction of one billion plastic straws from their stores throughout the world. 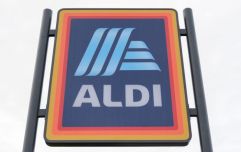 END_OF_DOCUMENT_TOKEN_TO_BE_REPLACED

These straw-free cups will be slowly interdouced to stores throughout the year with no mention yet as to when we can expect them here in Ireland.

Customers have been calling on the chain to remove single use straws from their 28,000 stores for the past two years, with many envrionmental groups creating petitions and platforms to gain the company's attention but now, it looks like wheels are finally in motion to become "straw-free" in all stores by this time two years.

“Starbucks’ decision to phase out single-use plastic straws is a shining example of the important role that companies can play in stemming the tide of ocean plastic. With eight million metric tons of plastic entering the ocean every year, we cannot afford to let industry sit on the sidelines.”


popular
20 Unisex Irish Baby Names That Are Absolutely Magical
You can now order a full pandemic safety kit for your Elf on the Shelf (yes, really)
Top Tips On How To Recover And Refuel Your Body After Miscarriage
4 ways to fix hard slime with ingredients you probably already have at home
This ingenious hack to clean your washing machine is an absolute game changer
Mark the calendar: Kevin the Carrot and family arrive in Aldi stores from Dec 6
Christina Perri shares loss as baby is "born silent"
You may also like
50 minutes ago
Virtual hugs, real-life joy – and €5m for charity – boy, did the Late Late Toy Show deliver
2 days ago
100,000 children in Ireland go to bed hungry, warns youth charity
3 days ago
Students in Carlow school told wearing tight PE clothes "distracting" for staff
3 days ago
Hope Over Silence: Pieta House encourages people to reach out this Christmas
4 days ago
Ice bucket challenge co-founder dies, aged 37
5 days ago
Kate Middleton and Prince William's dog, Lupo, has passed away
Next Page