Sophia's community have rallied around her family to offer support.

A community in Tipperary has launched a GoFundMe for the family of a three-year old who passed away on Tuesday.

Sophia Melnychuk was killed after being hit by a bus in Castle Heights, a housing estate in Carrick-on-Suir.

The bus driver involved in the collision received treatment from emergency services at the scene of the accident.

Since then, Sophia's local community have rallied around the family to offer their support and raise funds for her funeral and other costs.

"On Tuesday the 13th of April our family friends Andriy, Mariya, Maxsum and Denis lost their beautiful little daughter and sister Sophia Melnychuk who was only 3 years old in a tragic accident.

"I live in Carrick on Suir my whole life and have never seen such despair or been a part of such heartbreak for a family, they are devastated and cannot believe there little girl Sophia is gone forever."

He continued: "We have been close friends with this family a long time and want to support them in any way we can and as best as we can. We have set up this GoFundMe to support the family financially to help with Sophia's funeral and other costs." 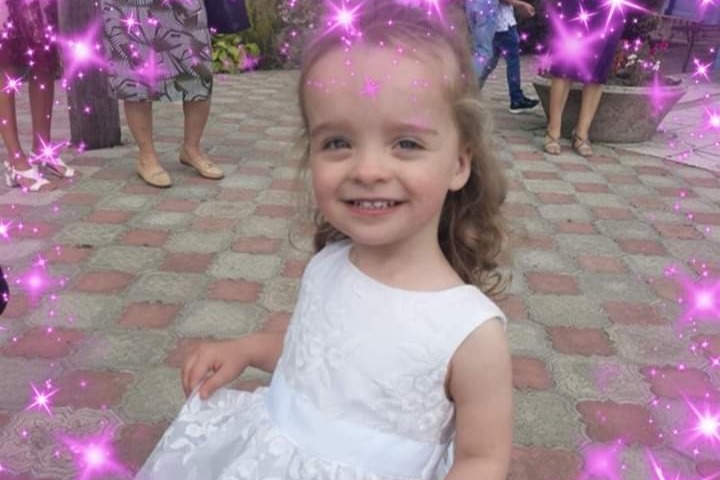 Boy rushed to hospital after falling from window of flat

END_OF_DOCUMENT_TOKEN_TO_BE_REPLACED

The fundraiser has already raised over €48,000 so far.

The community's local priest Fr Tom Flynn described the incident as a "shocking tragedy", and assured the family that they would be supported by their community.

He said: "They are a family that are very much part of the community, a very well liked family and anybody that knows them speaks very highly of them."

County Councillor David Dunne spoke highly of the family, and added that he recently visited them:

"The family are heartbroken and the community is devastated for them. Her parents are both from Ukraine and the girl had two older brothers.

"The family are living in Carrick for a good few years. They are part of a sizeable and hard-working eastern European community in the town. The little girl herself would have been born in South Tipperary General Hospital in Clonmel."

popular
People are realising what the red Christmas lights are actually for
Parents told to stop buying selection boxes for kids- here's why
Samantha Womack reveals she is now cancer-free
This Netflix Christmas film is being dubbed the perfect rom-com
It could snow in Ireland this week, according to Met Éireann
"My heart sank": Tubridy hit with backlash over Toy Show remark
"Losing a baby is the ultimate loss, but to watch on over a video call is soul destroying"
You may also like
4 months ago
Baby boy dies after freak accident in Leeds
7 months ago
Carnival ride forced to stop after harness on toddler flies open
8 months ago
7 kids, including toddler, overdose on sleeping tablets handed out by 7-year-old in the US
11 months ago
5 children killed in bouncy castle tragedy in Australia named
1 year ago
Brave mother loses a leg but throws her baby to safety in terrifying accident
3 years ago
Parent shares shocking photo of the burn her toddler sustained at the beach
Next Page