Such devastating news for the theatre.

The Olympia has been forced to cancel their beloved panto due to Covid-19.

The creators of the Olympia Panto confirmed the show will not be going ahead this year.

There's no doubt many families will be disappointed by the news, but they stressed that the health and safety of their crew must come first.

“It is with great regret, that despite our best efforts, we have to announce the postponement of Olly Polly and the Beanstalk."

They explained that the current restrictions and the health and safety of their team and the audience were the main reason behind this difficult decision.

“We would be unable to withstand the current audience restrictions in place but more importantly our concern is first and foremost the safety of our cast, crew, and audiences, therefore we feel it's the right thing to do in these circumstances.

The cast of Olly Polly and the Beanstalk is said to be heartbroken by the postponement.

“Our cast is devastated as we felt that this year’s panto could be the tonic that everyone needed." 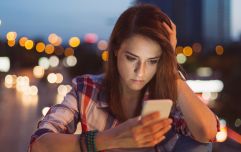 END_OF_DOCUMENT_TOKEN_TO_BE_REPLACED

“We will hold on to that magic and reveal all at next year's Olympia panto," they added.

The team praised Arts Minister Catherine Martin for her support.

There's no doubt that the new restrictions have had a harrowing impact on the arts industry.

“This is a very challenging time for people across our industry," the panto creators admitted.

"We wish all of our loyal customers a happy and peaceful Christmas.

"But above all else, we hope that you all stay safe."

Anyone who has purchased tickets will receive information in the coming days. An update on next year's panto will also be released soon.


popular
Toddler dies after falling from balcony in New York
Rachel Stevens announces split from husband of 13 years
My teenage step daughter just told me she is pregnant, what do I do?
I tried 'slow parenting' for a year and I'm never going back
Multiple people killed in Denmark shopping mall shooting
Two women killed in shark attacks near popular tourist beach in Egypt
Parent's Benefit Leave extended from today - here's what you need to know

You may also like
6 months ago
According to tradition, your Christmas tree should stay put until after THIS date
6 months ago
Cheers! 3 delicious ways to pimp your Prosecco for New Year's Eve
6 months ago
Mum seeks advice after her son catches her with his gifts from Santa
6 months ago
3 candle hacks to ensure a gorgeous scent in your home for Christmas
6 months ago
How to make the perfect leftover turkey sandwich, according to science
6 months ago
Here are all the big movies on TV on Christmas Day
Next Page