"I told her again this morning, you could have saved that girl's life. You just don't know."

Emma Carlile is a 15-year-old schoolgirl, currently being hailed a hero in her home town of Wallasey, Liverpool.

The quick-thinking teen stopped a man who appeared to be attempting to abduct an 11-year-old girl, by telling her he was her "dad's mate".

Emma saw the man approaching a young girl, as she walked home from school. She became suspicious when she heard his claim and decided to "keep her eye on them", as she explained to the Liverpool Echo.

Emma could tell the schoolgirl was scared as she told the man she didn't know him, but he continued insisting that he was her friend's dad. She went on to explain: "She tried to get her phone out, but he said: 'No you don't need to ring anyone, you know who I am, I'm your dad's mate.'"

At this point, Emma decided to intervene, as her father recounts to the newspaper: "She shouted the first name that came into her head, she said - 'Hey Bethany! Dad will be home tonight from police training'. Apparently the girl looked at her and just opened her eyes wide as if to say thank you. She said she looked startled."

As soon as Emma shouted to the girl, the man walked quickly away towards the  train station. The man is described as around 6ft tall with short grey hair and stubble. He was of large build wearing a green t-shirt and black trousers. 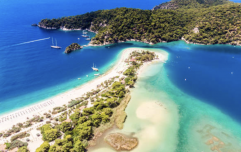 END_OF_DOCUMENT_TOKEN_TO_BE_REPLACED

The girl thanked Emma, who told her to share what had happened with her parents as soon as she got home.

The dad added: "When you speak to Emma about it she's really blasé, and she's just like, 'I could see she was uncomfortable'. I told her again this morning, you could have saved that girl's life, you just don't know."

Good on you, Emma.


popular
Parent's Benefit Leave extended from today - here's what you need to know
"You're disgusting": Prince William roars at photographer who was 'stalking' his family
6 fun things to do in Dublin on your next family day out
Vicky Phelan shares message of support with Charlie Bird as she deals with pain
I tried 'slow parenting' for a year and I'm never going back
Expert says Cocomelon acts "as a drug" to kids' brains
4 ways to fix hard slime with ingredients you probably already have at home
You may also like
1 month ago
Mum's horror after stranger snatches her 4-year-old son in broad daylight
4 months ago
The twisted way Cleo Smith's kidnapper lured her out of family tent
5 months ago
Man pleads guilty to kidnapping 4-year-old Cleo Smith
9 months ago
Man arrested in connection with alleged abduction of UK toddler to Spain
10 months ago
UK toddler returned home after alleged abduction to Spain
1 year ago
Abducted French girl, 8, found in Switzerland five days after disappearance
Next Page