"I always knew in my mind that he could do it"

Being in the hospital is such an overwhelming experience. It's hard enough when you're being treated, but it is unimaginable when it is your own child. The stress, the confusion, the hopelessness, and fear is so intense it could knock you for six. But luckily for those of us that experience these troubling times, there are literal angels there to get us through it. Frontline workers have been praised since the beginning of the Covid-19 pandemic, but they've been there to support and save us far before that.

One mum has opened up about her son's health battle and how the nurses and doctors at Temple Street Hospital helped her and her loved ones get through it. Speaking to HerFamily, mum Abbie said doctors at a maternity hospital told her he would never walk or talk, and recommended comfort care. When he was born, Abbie had a hard time delivering him and he was stuck, limited of oxygen. The difficulty in childbirth resulted in Rio having to be revived and it took 24 mins to get him back. Abbie said: "It was really overwhelming. It didn’t really hit me. It was like I wasn’t there. I was still shocked." Doctors at the maternity hospital told Abbie that his best option was comfort care and he wouldn't be able to walk or talk. But like any mum, Abbie had to trust her parental instinct. She told us she believed her little boy could defy the odds. "He’s trying to walk. He’s doing really well. He's moving his arms and legs. I can’t even explain how it feels when I see him walk. It’s amazing. I always knew in my mind that he could do it. When he was in the hospital at the beginning, I always believed he could do anything. I used to say 'He’s my baby he will do what he needs to do in his time'." 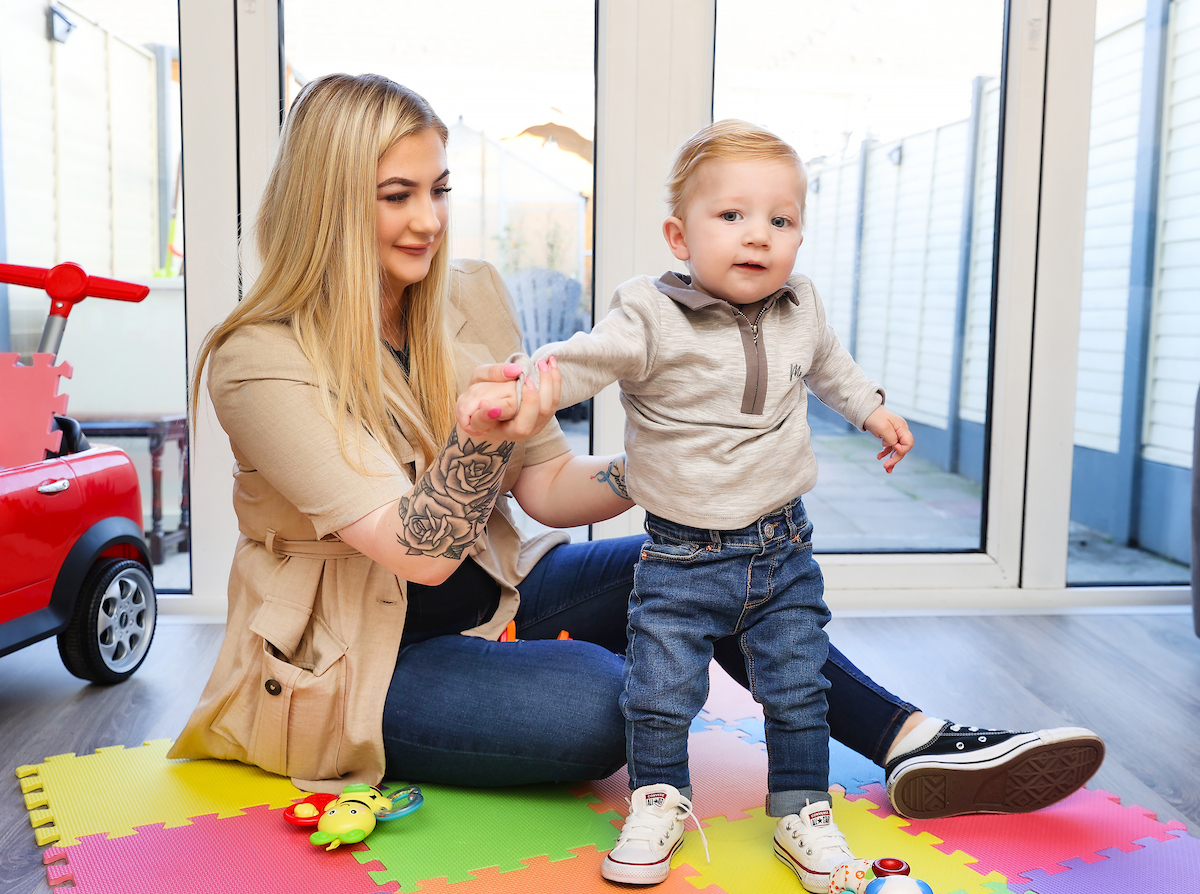 Rio, who was born last June, was transferred to Temple Street after 4 and a half weeks in intensive care. His mum said "his world was opened up" when he went to Temple Street. He was diagnosed with Cerebral palsy and remained in Temple Street surrounded by an incredible mother and staff who supported the mother and son throughout every step. Abbie praised the staff who were nothing but encouraging and hopeful from the moment they stepped inside the hospital doors. She said they helped her find hope in such a terrifying situation. Abbie shared: "Everyone had hope for him and supported him." Abbie praised the social worker at Temple Street who guided her through the inevitable. "She always came up to make sure we were okay. She always reassured us and played a huge role in our journey. It was all so positive. There was no negativity. They helped us focus on the now and what he was achieving day by day. I never looked at him as a sick child even though he was covered in tubes and in an incubator."

Abbie said she trusted her "mammy instinct" during the early days of Rio's time at the hospital, but the nurses were the ones she could lean on during the darker, tougher days. The mum said we need to appreciate all they do. You don't realise just how much they do and how much they can help until you're in there and it's your baby in the hospital bed. "They’re so overworked, especially the nurses. They do so much more than some of the doctors. They do anything they can to help. They never fail to make you feel reassured, comforted, and safe in such a haunting place."

Over the past year, Rio has passed so many milestones and is surprising everyone. He has had a few setbacks but every time he is brought into Temple Street he is looked after along with his mam. Abbie stood by her son through the toughest of obstacles while remaining optimistic and hopeful. Abbie lives with Rio and her parents both of whom work in Tesco Balbriggan. His family has said Rio wouldn’t be here today if not for Temple Street Hospital.

Since the partnership began in 2014, Tesco colleagues and customers have raised over €6.5 million for the hospital – making it one of the largest fundraising achievements in the private sector in Ireland. Money donated through Tesco has helped the hospital purchase over 330 pieces of vital equipment for patients – including a CT Scanner, EEG system, ultrasound scanners, patient monitors, and respiratory equipment.