"Being a grandparent is life's dessert," my parents always say.

And boy, do they enjoy it. Soaking up every second with their five grandchildren when they are around them, and pretty much trying to Facetime or Skype us anytime they are not.

I can understand what they mean. Being a grandparent is all of the joy, and none of the stress. It is having come out the other side and realising how fast time really does go by and being so much better at just soaking them in, enjoying the stage they are at right this minute. It is being allowed to have all the snuggles and love and fun and joy – and so much less of the responsibility than when it was your own children. It is a youth elixir. A time-travel machine. A blessing.

The beauty is that all these benefits doesn't just benefit grandparents. No, children benefit so hugely from having grandparents in their lives. 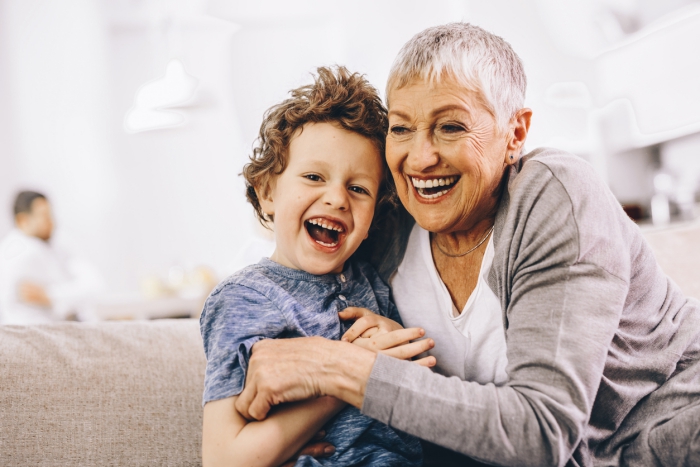 In fact, studies clearly show that the more involved grandparents are in the lives of their grandchildren, the better it is for everybody – themselves, the grandkids and the parents in the middle too, having someone to turn to for help and questions and just general support and care.

END_OF_DOCUMENT_TOKEN_TO_BE_REPLACED

Other studies have pointed to the reason women usually live longer than men as being because grandmothers are needed around to help with the upbringing of her grandchildren, a theory researchers often refer to as the "Grandmother Hypothesis."

There is no denying that an involved and present family and especially grandparents can make a huge difference to a child's life. Personally, I was lucky enough to have had both my grandmothers not only live nearby when I grew up, but also (one of them) live long enough to become a great grandmother, to see myself and my sister have children of our own.

I think grandparents, and other older relatives, bring aspects to a child's life that are different from the experiences parents provide for them, and for that, and for all those cuddles, let's just celebrate all the amazing grandparents out there.


popular
Baby clothes from Shein and AliExpress have dangerous levels of harmful chemicals
Shows like Bluey and Peppa Pig are actually bad for kids, expert warns
Inside Prince William and Kate's beautiful new home in Windsor
Prince William and Kate's kids won't have a live-in nanny for the first time in their lives
14-year-old boy drowns at hotel in Turkey after family wedding
Body of woman discovered in unexplained circumstances
John McAreavey reveals baby number two is on the way
You may also like
5 days ago
How soon is too soon to leave your new baby for the first time?
1 week ago
If you could have a "parenting do-over", what would you change?
1 week ago
These are things police officers wish you’d teach your kids to keep them safe
2 weeks ago
I tried a viral 5-second trick that promised to make me a happier, calmer parent
3 weeks ago
I kicked my daughter's friend out of her birthday party- was I wrong?
3 weeks ago
Mums are sleep deprived for six years after having a baby – and yet dads are not
Next Page