1-year-olds aren't the cleanest of creatures.

Anyone of us who have ever been in possession of one can tell you that.

And that is why we are loving the clever way mum-of-three Stacey Solomon is dealing with messy mealtimes.

The 30-year-old recently took to social media to share a snap of her youngest child, Rex, who recently turned one. The tot was enjoying a delicious smoothie bowl – which, you know could have easily ended up a fairly messy affair.

However, his clever mum was taking no chances, and had kitted Rex out with a big green smock bib which covered his arms and body AND wrapped around his highchair table. Clever? I know! And if this sounds like something you might want to get your hands out, the bib is from BIBaDO and is available to order through Amazon. The very clever design features long elasticated sleeves and all but guarantees that no food spills on clothes - and will help avoid food dropped on the floor too. 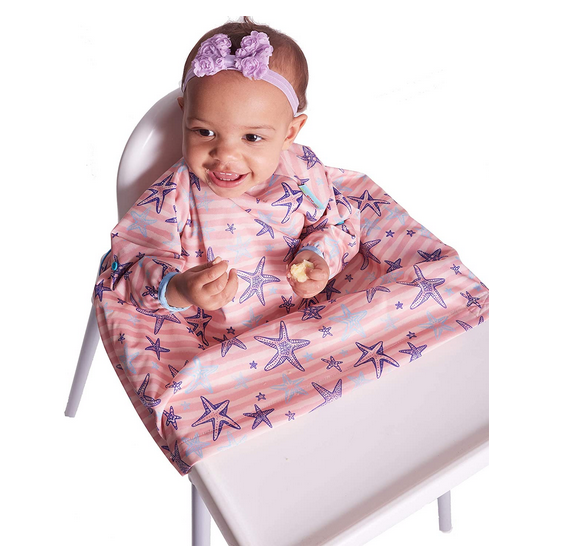 A weaning must-have? We think so!

The clever bibs come in several patterns and designs, including dinosaurs, cars, pink starfish, yellow watermelons and purple owls, all for £19.95. 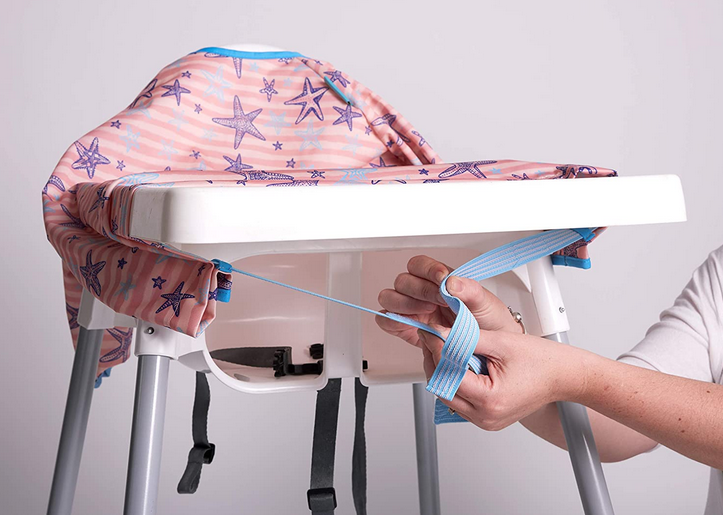 popular
Young child among those injured in tragic Roscommon traffic collision
Anna Daly launches her cosy chic lifestyle brand, Little Bliss
Graham Norton launches new fizzy rosé just in time for festive season
If you weren't able to get a PS5 here are 3 ways to soften the blow for your child
The free BabyDoc Box is available once more but only for a very limited period
Matching family Christmas pajamas is a thing – and here is where you get them
These 5 Foods Could Increase Your Chances of Having Twins
You may also like
5 days ago
Dad comes up with clever trick for helping his teen get out of uncomfortable situations
5 days ago
Mum uses balloon trick to make Christmas morning special – without stacks of presents
6 days ago
The Elf on the Shelf chart that is about to take the stress out of your December
6 days ago
Parents are testing their kids cuddling skills in a new viral TikTok challenge
1 week ago
Mum got told to 'tone down' elaborate lunchboxes she packed for her daughter
1 week ago
#mumlife: Here is how to savour your children more – while they are still little
Next Page