Take a moment, to acknowledge the madness that is being a working mum

By the time I get to my desk at 9am, the most challenging part of my day is done.

By then I’ve been up for around 3 hours (possibly longer). I’ve given my son a bottle (yeah, he’s two-and-a-half and probably too old). I’ve given my children breakfast, and I’ve had (several) coffees. I’ve made my school-age daughter her lunch. I’ve also gotten them both dressed and ready for school and crèche. And I’ve gotten myself dressed and ready for work. Once my husband has left with our daughter to bring her to school before he goes to work, I leave the house to walk my son 3km in his buggy to his crèche. And then, I walk myself (no buggy required) into the office.

This for me is the cold-hard reality of being a working parent in Ireland in 2018. On reflection, it’s madness, but it’s also normality for the many tens of thousands of mums (and dads) in Ireland who parent and work outside the home full-time.

In 2015, Clare O'Hagan of the University Of Limerick found while conducting research for her book Complex Inequality And Working Mothers that women are often "forced into making superhuman efforts to be working mothers". 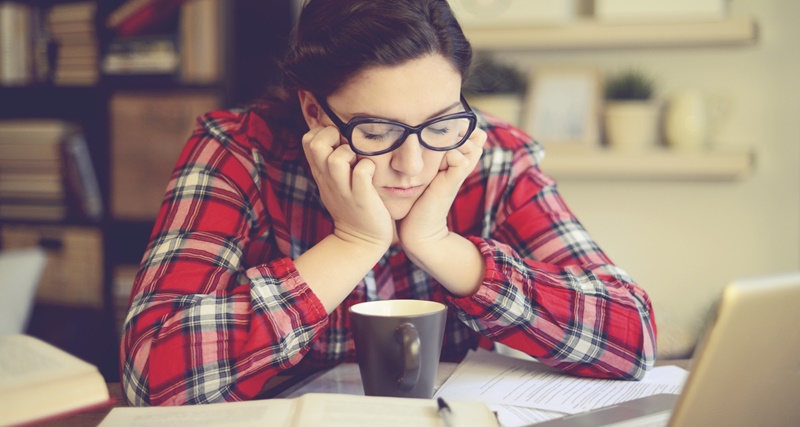 Clare, a lecturer, had skipped maternity leave on her first three children. "And then I went with my fourth and asked for maternity leave, I was told it was going to be very disadvantageous for my colleagues," she told independent.ie at the time.

Here's a scenario that is a bit bonkers: even when my toddler son is up (again) in the middle of night – me subsequently surviving on next-to-no sleep the following day – I often think ‘well, at least I get to spend a bit of extra time with him… even if it is 3am’.

And here's a statistic that's a bit bonkers: in Ireland, 86 percent of childless women work. But just 58 percent of those with children do. Go figure.

In fairness, I also remember recently reading a study that was designed to be reassuring: these days, we actually spend more time ‘active parenting’ than our previous-generation counterparts.

The difference was fairly minute – but nevertheless, 2018 mums are very much holding their own when it comes to reading to, playing alongside, and interacting meaningfully with their kids. 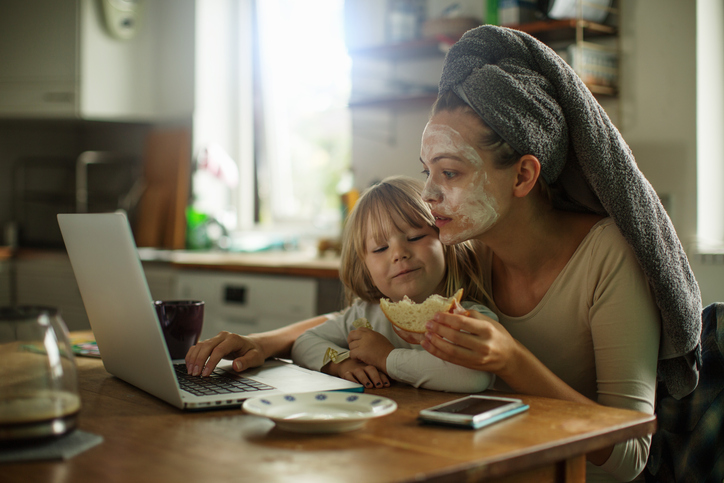 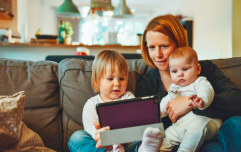 END_OF_DOCUMENT_TOKEN_TO_BE_REPLACED

Because if you’re juggling parenting and a career, you’ve no choice but to make a serious effort to ensure every second of family-time really counts.

Of course, I’m conscious I’m away from my daughter and son for a big chunk of the day. And that’s a fact irrespective of active-parenting spent in the playground on weekends, or spent colouring and reading Mog In The Dark in the evenings.

I also acknowledge that parents based at home full-time have their own three-ring circus to master – it’s not better or worse; more manic or less so… it’s just different.

However, for now – part financial necessity and part because I love what I do and it’s important to me to have a job – I’ll keep up the juggling act.

And I salute all the parents who do similar; who’ve gotten to grips with crèche, and commuting and ‘Mum, I can’t find my shoes’. Sure, it’s our very modern ‘normal’ but that doesn’t mean it’s not utter madness, and it certainly doesn’t mean it’s easy.


popular
"You're disgusting": Prince William roars at photographer who was 'stalking' his family
Expert says Cocomelon acts "as a drug" to kids' brains
6 fun things to do in Dublin on your next family day out
Woman (50s) dies after falling into water at Dún Laoghaire pier
Here's how long new couples wait before farting in bed with each another
Sharon Stone reveals she experienced nine miscarriages
"No co-sleeping at all" – new safe sleeping guidelines for babies states
You may also like
3 months ago
One in three women has considered quitting their job in past 12 months
4 months ago
These Irish hotels are offering free professional headshots to women in business
7 months ago
Portugal has made it illegal for your boss to text you after work hours
1 year ago
Programme launched to promote four day working week with no loss of pay
1 year ago
Working from home: 5 easy ways to help balance your work and home life
2 years ago
Irish mums in business: Meet Caragh O'Driscoll of Bow & Rattle
Next Page