Nowadays there are early home pregnancy tests and blood tests that your GP can do, but have you ever wondered how they determined a pregnancy in days of yore?

Be warned, you may never look at an onion in the same way again or add it to any of your recipes. In Greece, women were advised to place an onion in their vagina overnight. If their breath smelled of onions in the morning, it was decided that she wasn’t pregnant based on the idea that the womb was open (it would be closed if she was with child).

This method originated in Egypt. Women were told to urinate on wheat and barley seeds – if either of the seeds sprouted, they were deemed to be pregnant (wheat for a girl and barley for a boy). If not...well they just spoiled some food for no reason. Adds a whole new meaning to the phrase "seeds of love". 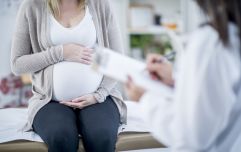 END_OF_DOCUMENT_TOKEN_TO_BE_REPLACED

Back in the day, physician Jacques Guillemeau believed that he could tell if a woman was expecting or not by her eyes alone. He claimed that “a pregnant woman gets deep-set eyes with small pupils, drooping lids and swollen little veins in the corner of the eye.” The accuracy of this theory has been questioned… a LOT. 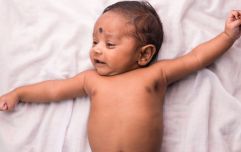 6 weird and wonderful birthing traditions from around the world

END_OF_DOCUMENT_TOKEN_TO_BE_REPLACED

In the 1940s, scientists claimed that a certain species of frog would produce eggs within 24 hours if it was injected with a pregnant lady’s urine. All we can say is that we're glad, for both the sake of Kermit and ourselves, that testing has come on in leaps and bounds in recent years (no pun intended).

The cervix and vagina can turn a dark blueish colour in the early days of pregnancy due to the increased blood flow to the area. Okay so it’s not the easiest way to find out, but it is another weird one to throw into the mix.

We reckon you’ll stick to more modern methods but if you do suspect that you are pregnant, maybe skip the onion and just contact your GP.

How did you know you were pregnant? Join the conversation with us in the Facebook comments or on Twitter at @Herfamilydotie

popular
Breaking: Female child found with severe injuries in Co. Clare
Vaccine programme to roll out in primary schools
Fans defend Khloe Kardashian for posing in hospital bed with her newborn
School threatens to suspend pupils who don't follow "outdated" uniform rules
Budget 2023: IVF to be publicly funded and free contraception for under 30s
Princess Charlotte doesn't have to bow to the Queen but Prince George does - here's why
Girl found injured in Co. Clare house is in critical condition
You may also like
1 month ago
Baby twins die in hot car after dad forgets to drop them to creche
7 months ago
Síle Seoige and Kathryn Thomas introduce their babies to each other for the first time
1 year ago
Babies born in this month are more likely to win an Oscar
1 year ago
The 5 different cry sounds babies make and how to decipher what they actually want
1 year ago
These 5 foods could increase your chances of having twins
1 year ago
Baby 101: All of the milestones you can expect in your baby's first year
Next Page