In 1984, only seven percent of Irish babies were delivered via Caesarean section.

In 2014, that figure had jumped to a whopping 30 percent, with there being no sign of this rising trend reversing anytime soon.

The "popularity" of C-sections are growing across other OECD countries as well, but, worryingly, Ireland’s rate of the procedure is considered “average to high” by international standards, new research conducted jointly by the Economic and Social Research Institute, Trinity College Dublin and University College Dublin finds.

In comparison, The Netherlands, for instance, has a rate of C-sections almost 50 per cent lower than Ireland’s.

And while there is no denying that Caesarean sections are an important and sometimes life-saving procedure for both mum and baby in cases where they are absolutely needed, let's not forget that a C-sections is an operation like any other surgical procedure. Meaning, of course, that it carries with it all the risk any other operation would – bleeding, infection, adhesions, clots, etc.

And as opposed to a natural delivery the recovery time after a C-section takes longer. It costs more. And makes breastfeeding harder.

So why, then, are more and more Irish women willingly (or at the advice of their maternity health care professionals) being wheeled into operating theatres as opposed to delivery rooms to give birth? 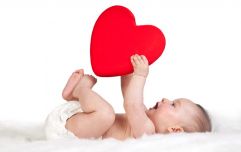 END_OF_DOCUMENT_TOKEN_TO_BE_REPLACED

The relentless rise in C-section births can, according to the new report, somewhat be blamed on the rising average age of first-time mothers in this country, up from 30 years in 1999 to 32 years in 2014. As well as this, the proportion of births to over-35s has grown from one-fifth to one-third in the same period of time.

Increasing maternal age brings with it an increased risk of complications, the research found. Cases of gestational diabetes have risen 320 percent in a decade, while expectant mothers being treated for high blood pressure is up 20 percent.

What perhaps is more worrying, is the discrepancy in C-section rates between different hospitals across Ireland. According to a Department of Health study published earlier this year, The National Maternity Hospital at Dublin's Holles Street has the lowest rate of Caesarean section, at 24 per cent, while stats from South Tipperary General and St Luke’s hospital in Kilkenny show that over 35 percent of mothers giving birth there deliver their babies via Caesarean section.


popular
Here's what bookies think Harry and Meghan will name their baby girl
Vogue Williams son Theodore recuperating after an accident at home
Pregnant? Forget the baby manuals, says Maura Derrane 'you might as well burn them'
Aldi to trial loose pasta and rice to reduce plastic waste in UK
Fundraiser set up for family of Tipperary 3-year old who died in tragic bus accident
Pregnant Binky Felstead poses topless with baby bump
Life-hacks and parenting cheats from real mams
You may also like
1 week ago
Study reveals women are more likely to suffer from chronic pain than men
1 month ago
This is how much a moderate intake of caffeine effects your breastmilk
1 month ago
Turns out, our friends are more important for our happiness than our husband are
2 months ago
The reason why teaching children empathy is so incredibly important
3 months ago
Dear mums, here's the incredible thing your voice can do to your child’s brain
4 months ago
Children with these names are statistically more likely to be successful
Next Page