Anyone who has gone through labour can tell you that there is a reason they call is labour in the first place.

In fact, according to researchers at the University of Michigan, childbirth can take a toll on a woman's body that rivals damage endured by hardcore athletes.

And they wonder why some of us want All. The. Drugs!

The researchers wanted to see what giving birth really can do to our bodies, and used an MRI machine to investigate, finding that as many as 15% of women suffer pelvic injuries that don’t heal, even when they faithfully follow the common advice of doing kegel exercises after childbirth.

In much the same way as athletes would during an athletic event, 25% of women in the study suffered the equivalent of a sports stress fracture, 41% suffered muscle tears, and two-thirds suffered severe muscle strains, the researchers found.

“If an athlete sustained a similar injury in the field, she’d be in an MRI machine in an instant,” says researcher Janis Miller. “We have this thing where we tell women, ‘Well, you’re six weeks postpartum and now we don’t need to see you—you’ll be fine.’ But not all women feel fine after six weeks nor are ready to go back to work, and they aren’t crazy.“ 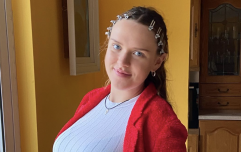 END_OF_DOCUMENT_TOKEN_TO_BE_REPLACED

It is important to note, though, that to the majority of women, childbirth leaves us with no injuries, this is, after all, what our (amazing) bodies are designed to do. And Miller is quick to point out that they are not advocating MRIs after every birth, partly because the women in the study were selected for high-risk factors.

But maybe this research can serve as a reminder to GPs and medical staff that it is important to not take a "one-size-fits-all” approach to recovery after birth, and to be quicker to call in a specialist if a woman feels something isn't quite right or if the pain after birth lingers too long.

popular
Should pit bulls be banned in Ireland? Parents express concerns after recent attacks
People are realising what the red Christmas lights are actually for
Parents told to stop buying selection boxes for kids- here's why
"Losing a baby is the ultimate loss, but to watch on over a video call is soul destroying"
This Netflix Christmas film is being dubbed the perfect rom-com
Woman gives birth to baby boy and girl less than 12 months apart
Alejandro Miszan: Fundraiser set up following vicious dog attack
You may also like
4 days ago
Hollyoaks star Jorgie Porter has welcomed a baby boy
1 month ago
Khloe Kardashian says she is officially "done" with having kids
2 months ago
"Best day of our lives": Irish model Kelly Horrigan welcomes her first child
3 months ago
Only women who live within 30 minutes of a maternity hospital can have a homebirth
4 months ago
Mandy Moore reveals unmedicated birth plan due to rare blood disorder
5 months ago
"Risking her life": Mum called out for wanting to give birth in Disneyland
Next Page