My children are obsessed with all things Harry Potter.

As of yet, we have read the first two books. Chapter by chapter, they have been our bedtime story of choice for the past number of months, and we are all enthralled.

Which is why I reckon, my kids would go absolutely crazy for this playhouse some grandparents from Ontario, Canada, had recently built for their granddaughter.

I mean; just look at it! 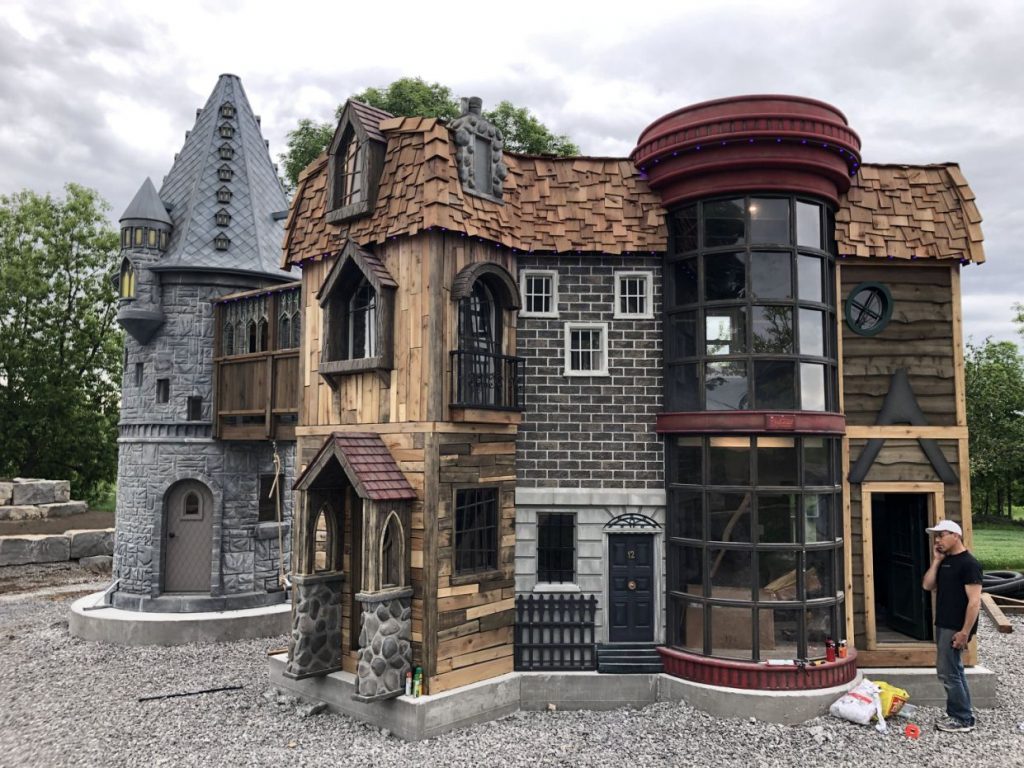 Featuring wizards, witches, magic, and a whole lot of adventure, it is no wonder J.K. Rowling's Harry Potter universe is a favourite with children the world over.

So imagine the look on this little girl's face when she first laid eyes on her two-story 350sqft Harry Potter playhouse, featuring a remake of the Hogwarts Castle tower, Ollivander’s wand shop, Platform 9¾, and Dursleys’ Privet Drive. 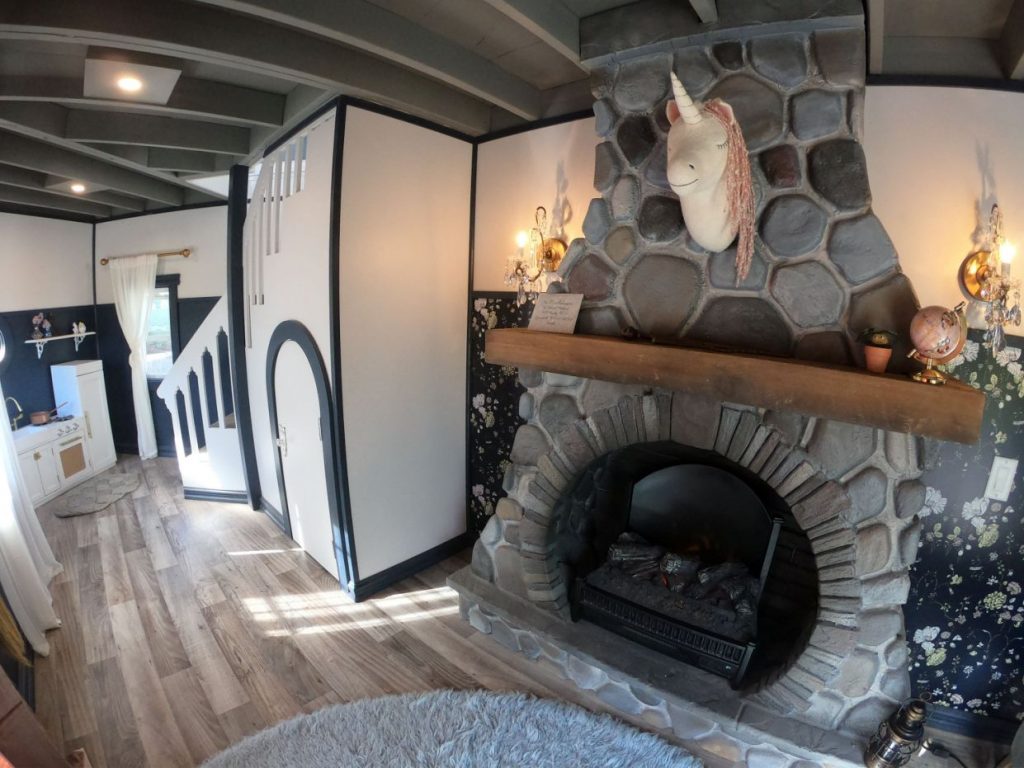 Grandparents Dave and Ruby Dunlop wanted to spend more time with their grandkids. So what did they do? They built a massive Harry Potter playhouse!

The level of detail is stunning and the playhouse has been the talk of the town (and the internet) ever since it was unveiled. And it is easy to see why. The gigantic fortress features a broom-inspired swing set, a slide, and secret hatch alongside a wooden bridge which leads to an owlery. 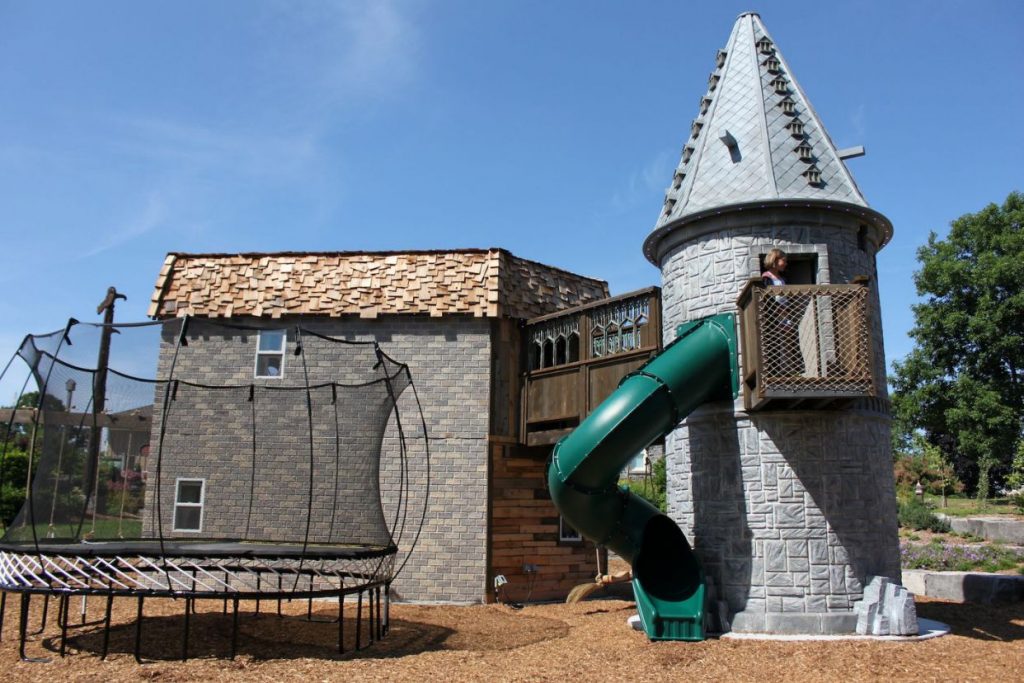 And it doesn't even stop there, reports Shearably.net.

Inside the castle, the walls are emblazoned with photos of various characters from the popular series and there’s also a bed on the top floor to accommodate sleepovers.
Cool? I know!

I mean; they even put in a fireplace, you know, if the children are looking to relax in the playhouse during the winter. 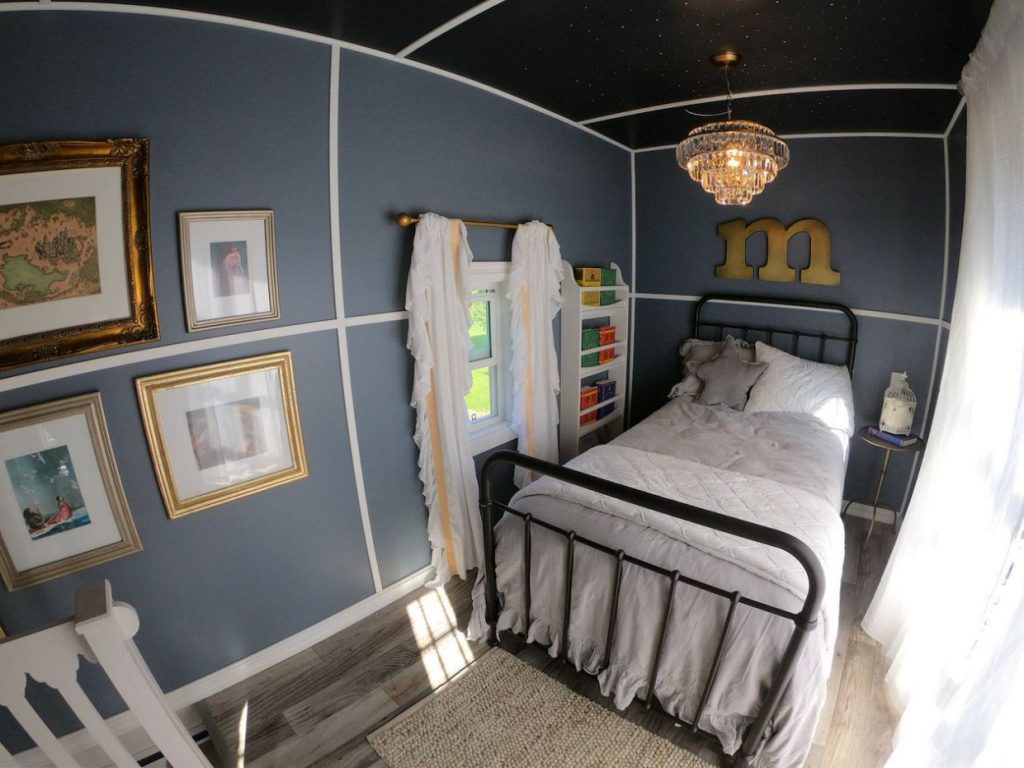 To be fair, the playhouse was not a DIY project, but rather a very pricy purchase from Charmed Playhouses,  which took six weeks to complete.

Apparently, the Dunlop family declined to reveal how much it cost to build this mega-playhouse but customers usually pay between $15,000 to $250,000.


popular
David Beckham shared his dinner on social media and we really wish he hadn't
Attention parents and kids! Here are 3 simple but scrumptious recipes to keep you busy all afternoon
Mini Bella Boutique is running a huge online clearance sale as it sadly closes
Kim Kardashian says lockdown has made her realise she doesn't want more kids
How to potty train your toddler in three days, according to the experts
Due in 2020? These baby girl names are sure to be popular in the coming months
Do babies in Ireland still get the BCG vaccine to protect against tuberculosis?
You may also like
11 hours ago
Postpartum: The super-helpful mental health checklist one new dad created for his wife
1 week ago
A powerful reminder why us mums need to 'get in the picture' more
2 weeks ago
The Duchess of Cambridge has revealed Prince Louis' favourite song (and it's a classic)
2 weeks ago
Kourtney Kardashian just hit back at mommy shamers who criticised her for kissing her kids on the lips
3 weeks ago
Ashley Graham just shared a photo of herself giving birth – and it is powerful
3 weeks ago
Mums admit to making their kids 'knockout' bottles with cereal and even medicine to get them to sleep
Next Page