Penneys has just revealed this year's Late Late Toy Show collection, and it is the CUTEST

It's beginning to look a lot like our favourite time a year.

Even more so today, because Penneys has just revealed their fifth collaborartion with RTÉ’s The Late Late Toy Show – and it is every bit as good as previous years – and pretty much the only thing we want to wear come one of the most important nights a year.

The collection, which will be on sale in Penneys nationwide from next weekend, will see the clothing giant donate €75,000 of the profit from the sales to be split equally between Temple Street Foundation, CMRF Crumlin and The National Children’s Hospital Tallaght. 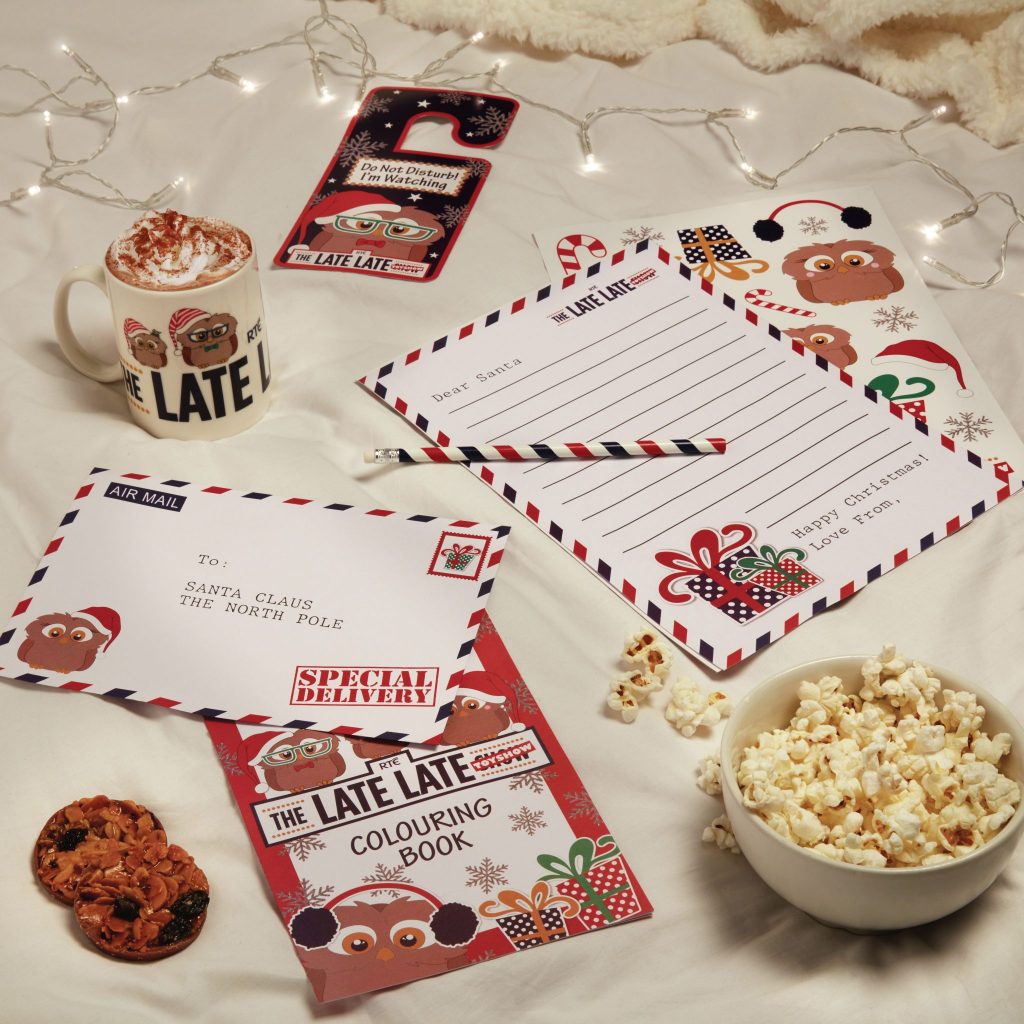 Back by popular demand are the matching novelty family pyjamasthat come in both red and navy – and honestly, if there ever was a night for family twinning, this is it.

So pop them on with the Late Late Toy Show footie socks and top it all off with the fluffy throw (how cozy!) 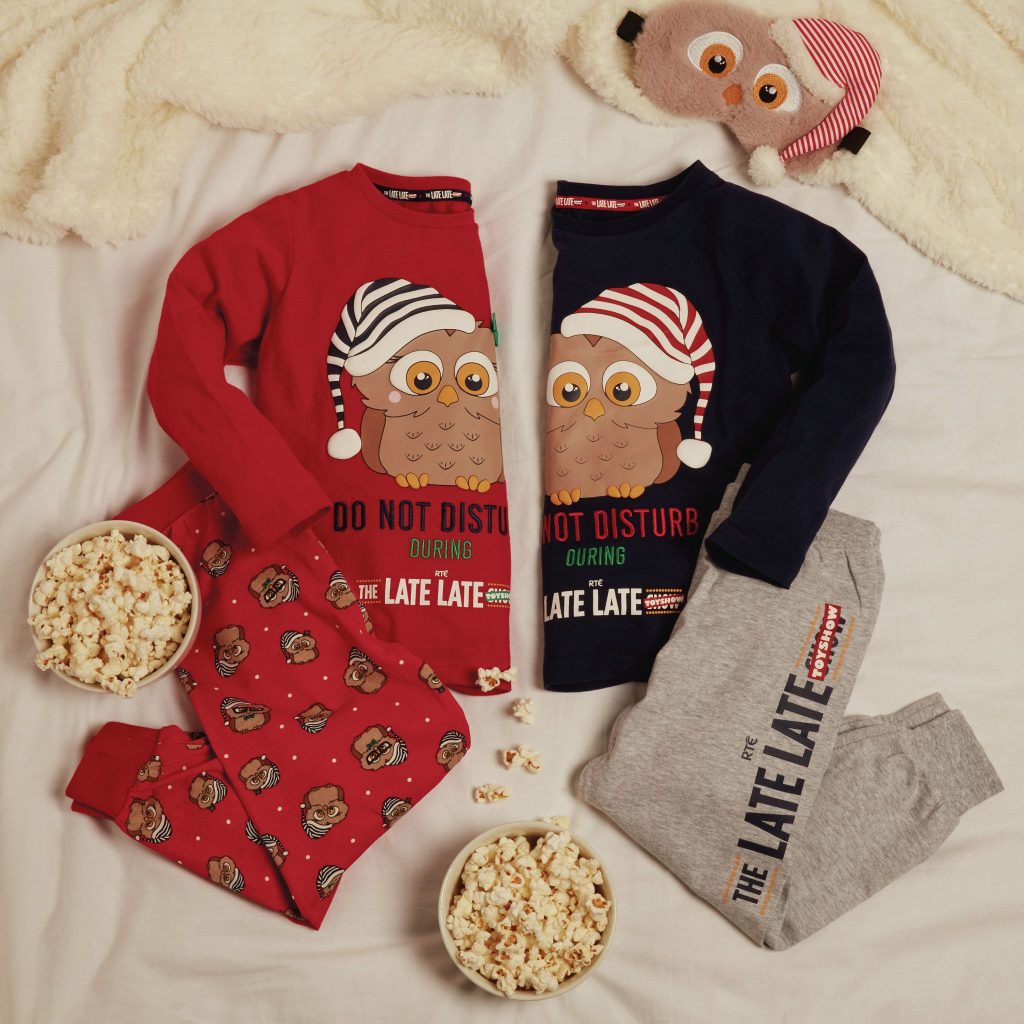 If you want to add an extra level of pamper to your night in, you can always pop the gel eye mask on too.

And don't forget to make some hot chocolate – which you serve up in the by-now iconic owl mug set, of course.

For kids staying up past their bedtime just to gather some ideas for what to put on their Santa list, you'll be all set with the Late Late Toy ShowSanta letter pack. And even for little ones too young to stay awake for the show, the 'Wake me up for the Late Late Toy Show’ sleepsuit is the only appropriate outfit to go to sleep in, in fairness. 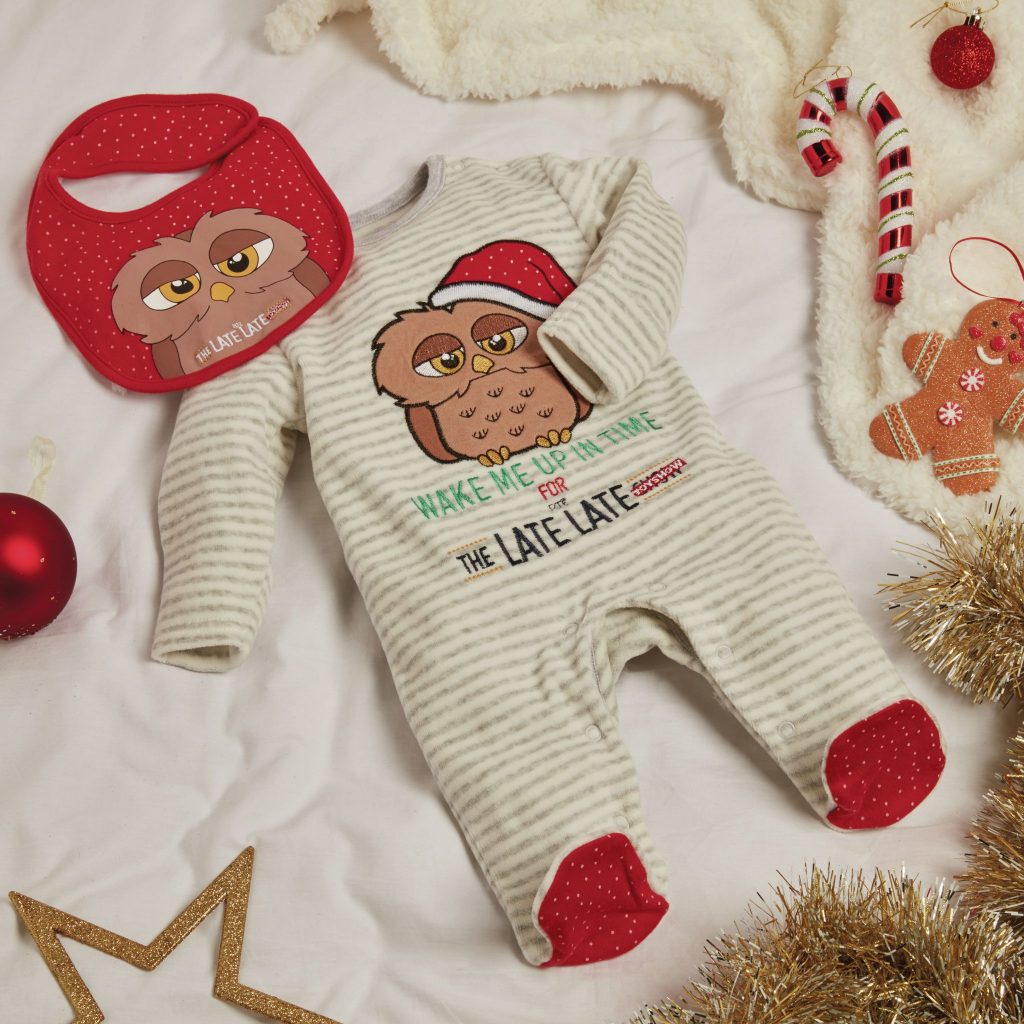 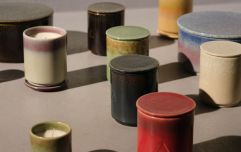 END_OF_DOCUMENT_TOKEN_TO_BE_REPLACED

Speaking about the collection,the children’s hospital foundations at Temple Street, Crumlin and Tallaght said in a joint statement:

“We are delighted to be the chosen charity partners for the Penneys Late Late Toy Show collection once again. Not only is the range fun and festive but the donations from this campaign will help so many children and their families. Our aim is to continuously deliver the best possible care to the children who come through our doors every single day, and as a loyal corporate partner, the team at Penneys help make this possible.”

Ciara Ruane, Director of People and Culture at Primark, highlighted:

“The Penneys Late Late Toy Show Collection is one of our most anticipated and popular campaigns of the year and we’re so proud to partner with TempleStreet Foundation, CMRF Crumlin and TheNational Children’s Hospital Tallaght,who provide exceptional care to so many sick children, and their families’’.


popular
Coco Austin reveals she breastfeeds her and Ice T's 5-year-old daughter
Woman reveals her sister-in-law left her newborn daughter alone in park for hours
Cork woman criticises maternity restrictions after experiencing two miscarriages alone
If you want to check in on your fertility, here's a really affordable way to do it
5-year-old dies after being injured at UK department store
Dublin Archbishop gives Communions and Confirmations the go-ahead despite restrictions
Getting Outdoors: 8 Of The Best Waterparks Around Ireland
You may also like
1 hour ago
Almost 5 million fever girls than boys to be born globally in the next decade
19 hours ago
5-year-old dies after being injured at UK department store
2 days ago
'Fully Obsessed' – Queer Eye's Tan France and husband Rob welcomes baby boy
2 days ago
HSE confirms vaccinations for 12-15 age group to begin within weeks
3 days ago
Three people arrested on suspicion of murder after five-year-old boy is pulled from river in Wales
4 days ago
Boris and Carrie Johnson are expecting baby #2 and reveal miscarriage earlier this year left them 'heartbroken'
Next Page