The Labour party calls for the introduction of a universal, public childcare system

In fact, in June this year, a report by UNICEF found that an Irish couple with an average income would need to spend between a third or half of their income on childcare fees.

Last week, Children’s Minister Roderic O’Gorman, promised to 'double' state support for childcare within a decade, admitting that Ireland's spend on childcare is rather small compared to other European countries.

“We already put €638 million into childcare each year. But compared to other European countries, that is quite a small amount… The Government commitment is that by 2028 we’ll have doubled the state investment in childcare and that will bring us to well over a billion euros.”

With the current crisis in the childcare sector, it is clear that something needs to change, and the Labour party has now proposed a more Scandinavian model, with the party’s spokesperson for children, Ivana Bacik TD, describing the current system as unaffordable and undervalued by society.

Which is why, she explains, Labour is now proposing that the state should pay the wages of childcare workers, give every child a guaranteed place and introduce flexible drop off times. 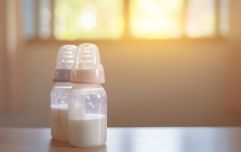 END_OF_DOCUMENT_TOKEN_TO_BE_REPLACED

The cost of such a scheme, the party calculates, would require €96 million in the first year.

“We should see it as an investment, an investment in enabling many women, in particular, to get back into the workforce," Bacik said.

"But also an investment in our children. We know that it will improve learning outcomes for children in school where they’ve had access to pre-school education… and to that kind of socialisation that brings too.”