'Every baby is different': Stacey Solomon chats about her breastfeeding experience with Rex

I had the most straightforward time when it came to breastfeeding my daughter. Now don't get me wrong, I had chapped nipples and my tops were soaked through constantly but my milk came in really well.

The same could not be said when I breastfed my son. I had the most stressful time and my milk was basically non-existent. After weeks of trying, I turned to formula.

I really did feel like some mums judged me every time I took out a bottle at the park or a playgroup so I can see why someone in the public eye like Stacey would not want to announce she was bottle feeding her baby.

Yesterday Stacey shared an incredibly honest post about how she was finally ready to stop hiding the fact that she was no longer breastfeeding and as a mum who struggled a can completely relate.

The mum of three explained that after a difficult experience with breastfeeding she was now bottle feeding her youngest son Rex;

"So Lots of people have been asking me if I’m still breast feeding. It’s taken me a bit of time to feel okay about saying no.

I stopped a couple of months ago & I really struggled to come to terms with it & actually say it out loud.

Breastfeeding never happened for me the way that I imagined. I did my best to try & master it, but it wasn’t to be." 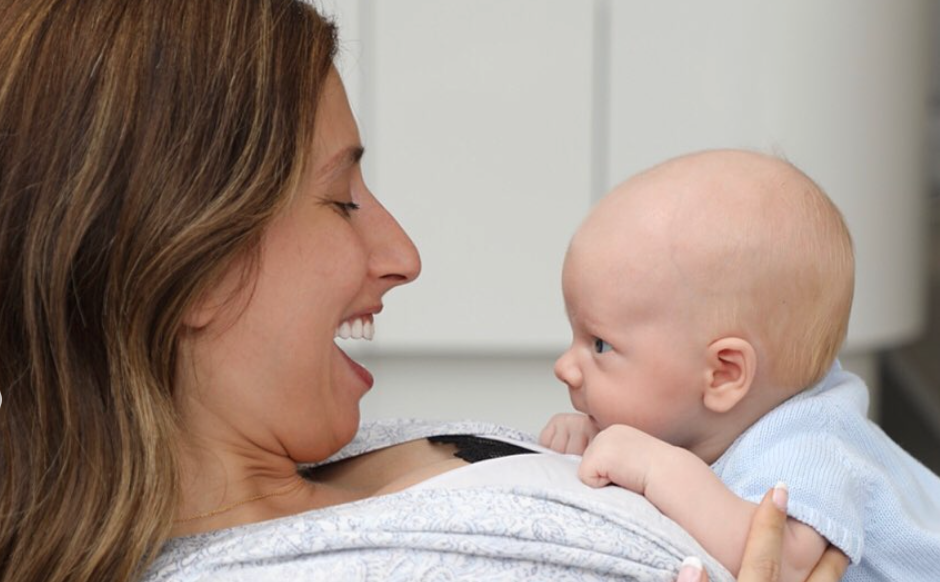 Stacey went on to say that she felt like a failure because she wasn't able to successfully breastfeed;

"I felt like I’d failed & that I’d lost the chance to have that special time & bond with Rex.

I felt like everyone else was going to feed him & I’d loose my baby.

But as time has gone on, I’ve realised the truth. The truth is, I did my absolute best."

Everyone has their own unique breastfeeding story and the most important thing for all new mums is to get as much support and information as possible.


popular
These 5 Foods Could Increase Your Chances of Having Twins
Can you pronouce these 7 'unique' baby names? They're trickier than you think
Scarlett Moffatt discovers ‘30% rain’ on weather app doesn’t mean chance of rain
Totally tropical baby names inspired by Hawaii
15 Norwegian baby names you'll agree are the absolute cutest
4 ways to fix hard slime with ingredients you probably already have at home
Sexy-time: 7 recipes to spice things up in the bedroom (Doctor's orders)
You may also like
6 months ago
Mum photographs bobbin breast pump hack and it is absolutely brilliant
1 year ago
Mum sprays breastmilk into a crowd of party goers and other mums aren't happy
1 year ago
Video of newborns doing the breast crawl shows just how natural breastfeeding is
1 year ago
This viral photos of three mums proves there is no 'right' way to feed your child
1 year ago
Breastfeeding mum responds in the best way after being told 'to cover up'
1 year ago
Study finds that breastfed babies have less antibiotic resistant bacteria
Next Page