Watch your language: Why we seriously need to stop saying "committed suicide"

Words have power and using such dated phrases can tarnish the progress we've made when it comes to helping people.

We have made huge strides in removing the stigma surrounding mental health issues in Ireland, but there is still so much work to do.

Stigma makes people feel isolated, unwanted, and afraid. It prevents people from opening up about their struggles and prolongs people's suffering because they're too ashamed to seek help.

See Change says, "Stereotyping can make it easier to dismiss people with mental health conditions which can lead to social distancing, exclusion and isolation."

The last thing we need is for people with mental health issues to isolate themselves further from their loved ones. You already feel like a burden and have such low self-esteem, so feeling like you don't belong or like nobody understands your pain will fuel your worries and anxieties.

One thing Irish people constantly say is "committed suicide." It is a phrase too engrained in our society. Whenever I hear anyone use it, whether that's my grandmother, parents, friends, or peers, I want to curl up in a ball. It is such a harrowing and intense phrase and people don't realise just how damaging it is.

Suicide is not a crime so why are we continuing to use this dated phrase?

Dan Reidenberg of Suicide Awareness Voices of Education told HuffPost: “You don’t ‘commit a heart attack.’ Instead, you might hear someone say they ‘died from a heart attack.’ Dying by suicide is the same. ... When attaching the word ‘committed,’ it further discriminates against those who lost their battle against a disease." 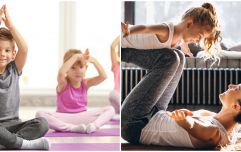 END_OF_DOCUMENT_TOKEN_TO_BE_REPLACED

As someone who was so mentally ill and thought suicide was the only option hearing, people say "committed suicide" is brutal. It makes you feel guilty, ashamed, and like a criminal.

Suicide is the most harrowing and devastating thing. Far too many people are lost to it, but they're not bad people. They just reached a stage of their illness where they lost all hope. There was no light at the end of the tunnel, no way out, no anchor to pull them to safety.

According to the HSE, an estimated 340 people died by suicide in 2020. 340 lives were cut short because mental illness seeped in and took over. Many people have expressed concern about rising suicide rates due to the mental toll of the pandemic. Government has listened to our concerns, but they've yet to put any solid plans or improvements in place. Waiting lists for therapy are still never-ending and their 'advice', which includes walking off your depression, just isn't helpful enough. The responsibility lands on our shoulders.

But what can we do?

It is our responsibility to ensure our society removes mental health stigma. We need to talk about it and listen to those who are struggling. We need to address this heavy topic with respect and be gentle.

Saying things like "died by suicide" or "why don't you try therapy?" may seem minor but they can make the world of a difference.

People who die by suicide are not less than or worth less than others. They deserve to be mourned with grace and respect. Words have power and using such dated phrases can tarnish the progress we've made when it comes to helping people open up and get treatment for the illnesses that have already claimed far too many lives.

An open letter from 2018's World Suicide Prevention Day summed it up perfectly.

“This form of words can imply that to take one’s own life is a selfish, cowardly, criminal or irreligious act, rather than the manifestation of extreme mental distress and unbearable pain. It also adds to the stigma and feelings of shame that prevents people from reaching out for help.”

Suicide is not a crime. Remember that.


popular
Baby twins die in hot car after dad forgets to drop them to creche
Eamon Ryan's mother dies suddenly in tragic accident
Parents shocked over their daughter's demanding tooth fairy letter
Saoirse Ruane's mum shares hopeful update after she gets her first blade
Andrew McGinley is planning on divorcing Deirdre Morley
Olivia Newton-John's daughter shares heartbreaking video filmed before her mum's death
Charlotte Crosby reveals her labour will be shown on TV
You may also like
1 month ago
Study says that these childhood experiences can affect our health for life
1 month ago
Louise Thompson speaks out after having "catastrophic breakdown"
2 months ago
Traveller children as young as 11 are dying by suicide
2 months ago
Mental Health Week: Fathers get postnatal depression too
3 months ago
Mental Health Week: I wouldn't be here if it wasn't for therapy
3 months ago
’Substantial’ number of new mothers experience anxiety, depression and stress
Next Page