I mean; they are barely back since Christmas, really...

Because of the ongoing Covid-19 pandemic, primary schools were closed from mid-March until the end of June last year, while they closed again between January and March of this year to once more help contain the spread of the virus while the national vaccination program began to get underway.

And now, children are barely back in school following the two-week-long Easter break, and so it might not be all that strange then that many parents have expressed frustration over the fact that many schools are closed for one or more days next week.

Several callers to RTÉ’s Liveline complained that next week was too soon for more holidays given recent breaks and school closures.

“I don’t feel it is appropriate for teachers to be taking four days holidays next week in light of all that has happened in this year and last year,” said one Liveline caller.

“They had a week off in February and then they had two weeks off at the end of March for Easter.

“There could be some variations because I know not all primary schools are off next week but certainly my one is closed,” she added.

One Liveline caller said flexibility should be shown by more schools this year due to disruption to school.

“My belief is that there should be flexibility given there were extra dates taken in January, given the number of days that students have lost out already,” the caller said. 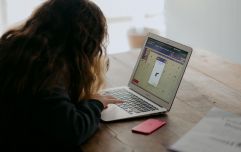 END_OF_DOCUMENT_TOKEN_TO_BE_REPLACED

“I think the teachers really and the Department of Education primarily should consider their role and the importance of supporting the children.”

According to the Irish Times, the Department of Education has confirmed that many primary schools are entitled to take next week off by using “discretionary days” even though a mid-term break is not scheduled.

The reason for this is that schools have a standard number of teaching days per school year, and those opting to take next week off are typically finishing up later in June compared to those who are not taking holidays next week. Under Department of Education rules, primary schools are required to teach children for 183 days a year.

“I understand that schools scheduled their school holidays a year in advance," said Lorraine Dempsey, interim chief executive of Inclusion Ireland to the Irish Times.

"But given the recent challenges and the proximity to school closures and Easter holidays, we’d have hoped that some would have taken a more flexible approach."

Are YOUR children off any days next week, parents?


popular
This plant-based cleaning range will make a huge difference to your home hygiene
Madeleine McCann's parents release statement ahead of her 18th birthday
International travel could return as early as July, according to Simon Coveney
Mum wants to know the going rate for the tooth fairy and honestly same
Minister for Justice Helen McEnte shares first picture with newborn son
Here is why we should be hugging our kids when they are being bold
Meet the Irish midwife in Australia who is helping women worldwide access childbirth classes
You may also like
1 day ago
Woman unexpectantly gives birth to nine babies after doctors miss them on scan
1 day ago
15-year-old boy charged with murder of woman in Dublin
2 days ago
Hunt underway for man who attacked pregnant woman in Dublin city centre
2 days ago
Pregnant teachers and SNAs will continue to work from home for rest of school term
3 days ago
Fáilte, Peppa! In her latest adventure, Peppa Pig is off to Ireland
4 days ago
6 today! Kate and William share brand new picture of Princess Charlotte for her birthday
Next Page