Gemma Collins has revealed she was at one point put off having children for fear of being an unfit mother due to her mental health struggles.

The reality star, who has long been open about her desire to become a mum one day, first lifted the lid on her struggles with mental health in a surprising interview last year.

On Piers Morgan's Life Stories, the 41-year-old bravely made the revelation that she has a history of self-harming, which will be further explored in the Channel 4 documentary Gemma Collins: Self-Harm & Me later this month.

Gearing up for the documentary's release, Gemma told New! magazine that her history made her scared she wasn't fit to be a mum.

"I can provide financial stability and a lot of love, but what if it came back?" she said in reference to self-harming.

She added that she is "desperate" to have a baby with her fiancé, Rami Hawash, and that professionals helping her through her mental health struggles ultimately gave her “the green light” to do so.

END_OF_DOCUMENT_TOKEN_TO_BE_REPLACED

The TOWIE star said she knows Rami is her "life partner" and feels as though he is the person for her to start a family with.

She already considers herself stepmum to his young son from a prior relationship, having previously described him as her "little prince" in an Instagram snap.

"No feeling like it. My little prince. Being a step mummy is so rewarding love is free and so rewarding nothing can put a price on this," she captioned the post in November.

"Auntie stepmum and hopefully god will give me a gift one day but I am so happy with what I have right now," she added. "#sharingthelove and a HUGE THANK YOU to his lovely mummy for letting me look after him." 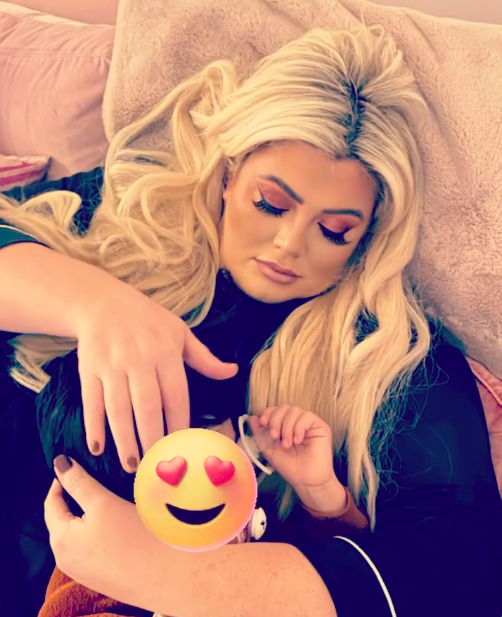 Gemma also told the publication she gave up 'the GC' persona for the documentary to be more vulnerable and honest. Though filming was "scary, highly uncomfortable and very daunting" she thinks it's "the best TV" she's ever made.

The documentary will air on Channel 4 on February 16 at 9pm.

popular
Bride asks for divorce day after wedding following groom's disrespectful cake stunt
Entrepreneur schoolboy has made £1,000 from selling sweets
Police believe they know what happened to missing dog walker Nicola Bulley
Here's why Nicola Peltz-Beckham's family are suing her wedding planners
Curious About How Many Children You'll Have? Your Palm Might Have The Answer!
Dad admits he hates his daughter's name so much it makes him uncomfortable
Parents believe CoComelon causes tantrums and speech delays in toddlers
You may also like
4 months ago
Gigi Hadid's dad addresses those Leonardo DiCaprio dating rumours
5 months ago
Leonardo DiCaprio and Camila Morrone have broken up
5 months ago
Vogue Williams faces backlash after admitting she only wears clothes once
5 months ago
Gilmore Girls star Alexis Bledel splits from husband of 8 years
5 months ago
Mrs Hinch opens up about being Stacey Solomon's bridesmaid
6 months ago
Victoria Beckham reveals why she is 'terrified' of Harper using social media
Next Page