Marvel movies, Nat Geo docs, and Disney Princesses: why Disney+ is the perfect subscription for the whole family

Brought to you Disney+

Everyone's favourites all in one spot.

Yes, the time has finally arrived - Disney+ is landing in Ireland this March 24, which just so happens to be TOMORROW. We're excited for it, the kids are excited for it - so excited.

We've already made up a list of our must-watch movies and tv shows to prioritise once the streaming service arrives. But a little secret that the kids don't know is that we've also made a secret second list for after the kids go to bed.

Because, honestly, that's our favourite thing about the newest streaming service - it's got stuff for every single person in the family. Yes, it's a wonderful service for the little ones and it's nice to know that we don't have to be extra vigilant and make sure they're on the "kids account" at all times, but there's also loads of content for us not-so-young watchers as well.

We're particularly excited for all of the National Geographic documentaries that we'll now have access to (LOVE a good science/nature/history documentary). But there are also tons fictional movies and shows that we're dying to watch.

While the kids are waiting with bated breath for the likes of The Lion King, Cars, Toy Story, and the possibility of watching Frozen 50 times in a row, we're counting down the hours until we can marathon all of The Simpsons episodes and the Marvel and Star Wars movies (and the much-awaited series The Mandalorian, from the Star Wars franchise). Though, of course, we'll be throwing in a few Lizzie McGuire episodes and an "Under The Sea" singalong here and there. Then, of course, whenever we feel like getting the whole family crying for hours, we can introduce the kids to Old Yeller.

On second thought, maybe we'll make that an evening movie and try to keep their sweet innocence alive for a little while longer... We can stick to showing them the level one heartbreakers for now, like Bambi and The Fox and the Hound. How can they be so sad but so great at the same time? 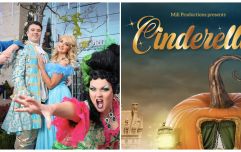 END_OF_DOCUMENT_TOKEN_TO_BE_REPLACED

Disney+ really is a streaming service for families, which shows in how many user profiles you can have on just one account. The answer is seven, by the way. So everyone in the family can get shows tailored to fit exactly what they like AND you can have an extra profile for when the whole family is watching. Which means you'll be recommended titles that will - hopefully - result in as few arguments as possible (always a bonus).

Each account can also stream to four separate devices simultaneously, so everyone can enjoy what they want at the same time (including us adults - hurrah!).

Goodness knows we need all the help and extra entertainment we can get at the moment.


popular
4-year-old girl killed in Sligo caravan park named locally
This mum's post about dying to send her kids back to school is too funny
Tasha's dad responds to Jacques' Instagram video
Here's where you can get the best deals on all your Back to School essentials
Planning your next getaway? Here are 6 fun family activities to try this summer
Musings: I think 'Lawnmower' parenting is damaging for children
Barry Keoghan announces the name of his baby boy
You may also like
2 days ago
Everything we know about the Love Island reunion
2 weeks ago
Love Island: Multiple islanders will leave tonight
2 weeks ago
Love Island producers to launch middle-aged spin-off
3 weeks ago
5 Mother/Daughter movies that are guaranteed to have us in tears every time
1 month ago
Say it isn't so: Workin’ Moms’ to end with Season 7
1 month ago
Netflix CEO confirms adverts will be added to the streaming service
Next Page