Three real reasons why my toddler started crying this week

When you're parenting a toddler, the struggle is real.

They never know what they want and even when they do they'll probably still throw a temper tantrum anyway. They're lovely little humans that way.

My darling daughter has not yet turned two but toddlerhood has well and truly arrived at my house. I often post photos of her on my social media looking like an angel so just so other parents know that she is in fact as impossible as the next toddler I've started documenting her tantrums.

It all began with a bag of pancake mix... 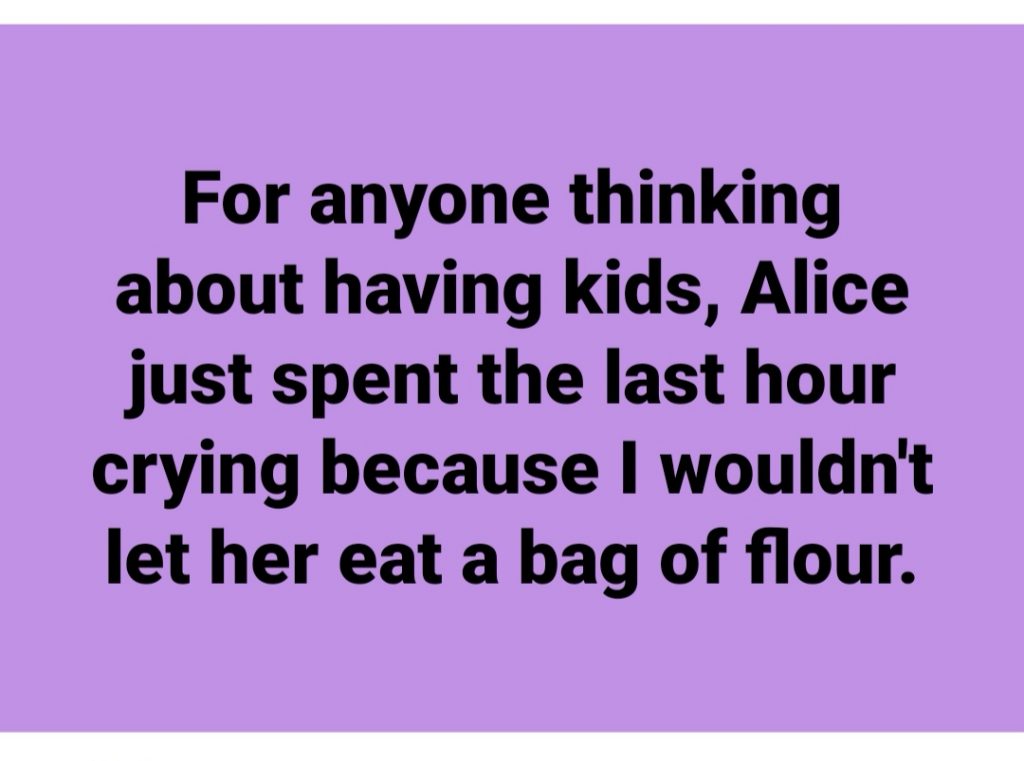 The week of pancake Tuesday I brought home some pancake mix and foolishly left it within the eye line of my one-and-a-half-year-old.

She managed to get a hold of it and because it had a picture of pancakes on the packaging assumed there must be pancakes inside of it. Have you ever tried to explain to a toddler that pancake mix is just basically flour and you can't eat it? If you have I give you my sympathy.

I eventually managed to wrestle it off of her but even after I put it away she still followed me around the house crying because I had taken her flour away. 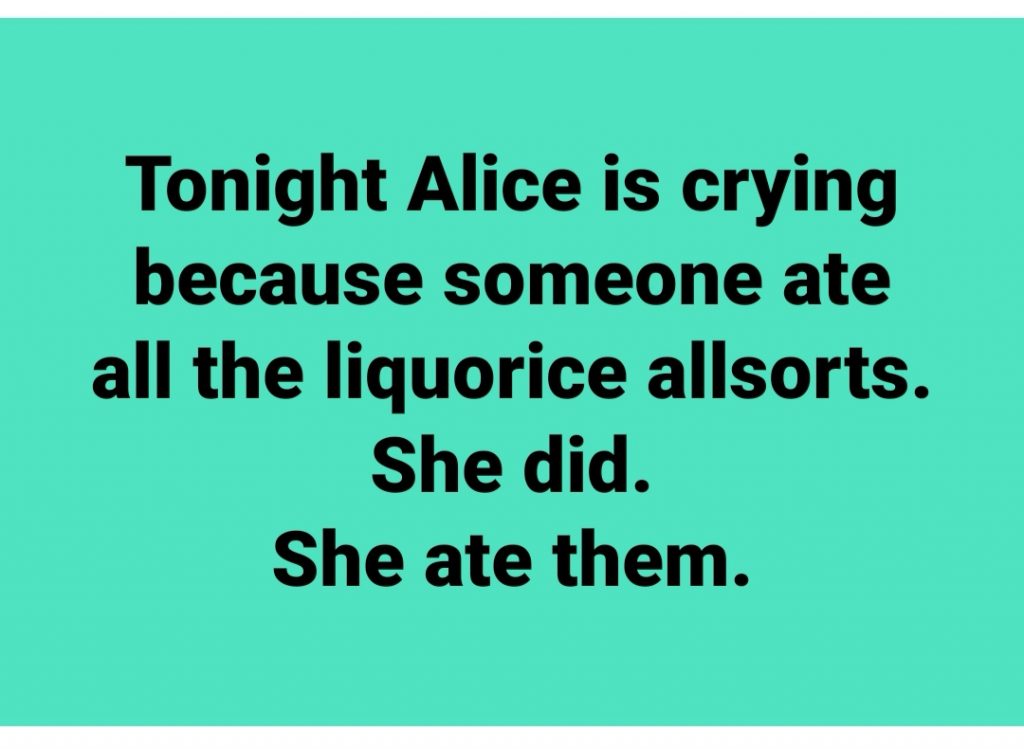 I'm sure I'm not the only parent who has come up against this one. It's fairly self-explanatory...toddlers are crazy. They are also extremely forgetful when it comes to how many sweets they have consumed. 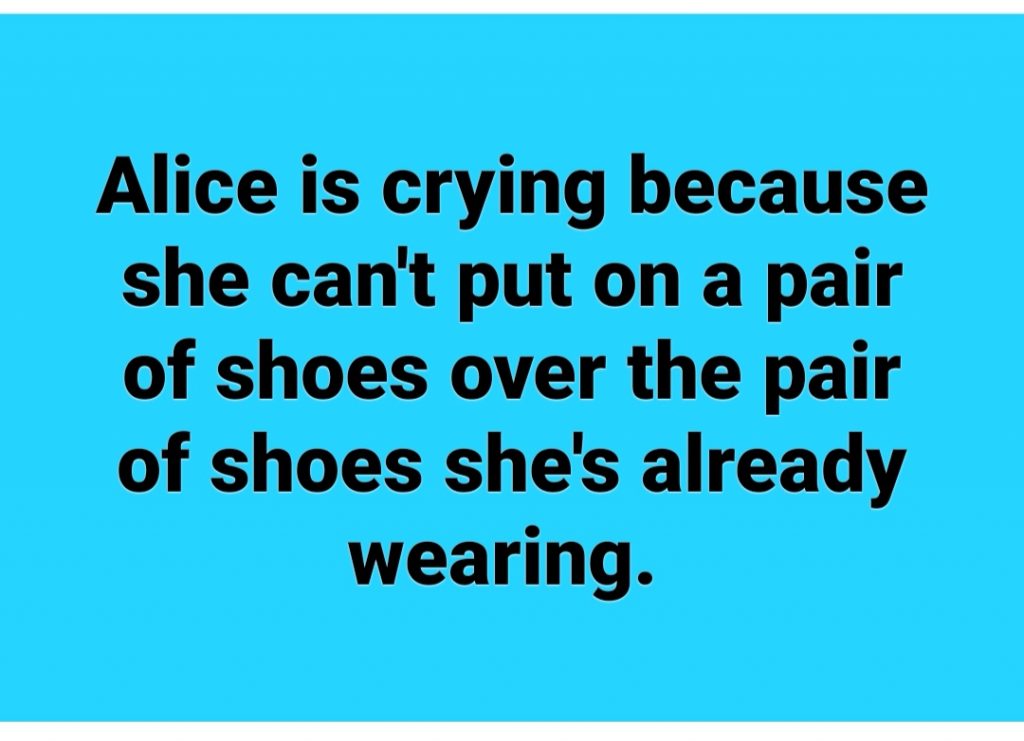 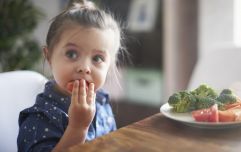 Mums, you'll enjoy the chart that details how the size of your child's stomach changes with age

END_OF_DOCUMENT_TOKEN_TO_BE_REPLACED

This one was particularly fun because I was rushing out the door to collect her brother from school at the time. I thought at first she didn't like the pink shoes she was wearing and wanted to change them for the purple shoes she was holding.

This was not the case, No, she wanted to wear both pairs on her feet at the same time. Again if you've ever had to explain why this is impossible to a toddler, my sympathies.

Ah well, I'm sure it will only get easier as she gets older. Nobody ever complains about their two-year-olds being prone to temper tantrums...


popular
Lidl cancels sale of toys, clothes, and Christmas decorations during Level 5
Naughty children make more money as adults, a study has found
Five quirky Irish children's clothing shops that you should check out in 2020
"I want to be a mummy:" Sam Smith on their dream to have children
Gardaí ask public not to spread rumours about unexplained deaths of woman and two children
"It was time to say goodbye:" Chrissy Teigen pens emotive essay following loss of baby Jack
"My heart is shattered:" Jamie Foxx's sister DeOndra Dixon dies, aged 36
You may also like
1 month ago
ToBeHonest: getting to shops on my own is a holiday so I should be able avail of the travel subsidy
2 months ago
This is what it's like being a mum with CBF (Chronic Baby Face)
2 months ago
#ToBeHonest: privacy is a foreign concept to me since having kids
5 months ago
Parent shares video on reasons why their toddler cried and we can relate
5 months ago
Cads About Maternity is the hilarious card game that all new parents need
5 months ago
Mums are flashing their boobs at their breastfed babies to hilarious response
Next Page