Twin babies have sadly died in a hot car after their father forgot to drop them off at the creche.

Speaking out about the incident that happened in 2019, mum Marissa Quattrone Rodriguez is warning others of the horrific incident that her family endured.

Recalling the day, Marissa was at work when she got a desperate call from her husband Juan frantically saying that their one-year-old babies had died.

Telling 7Life about how her world ended in July 2019, Luna and Phoenix had been mistakenly left in the car as the heat rose.

Unable to believe the news her husband was giving her, Juan explained that he had spent the day at his job counselling disabled veterans at a hospital and had called to ask his wife to pick up the children at creche.

Calling not long after, Marissa missed the first call but after a message was left, she knew it was an emergency.

“I answered that time to hear him repeatedly say: ‘My love, oh my God, my love... I killed the babies. He said the same thing over and over. And I just kept saying ‘no, no, no. It’s not true,” Marissa said.

As Juan was heading home, he looked into the rearview mirror of his car when he discovered that he has unintentionally left his children there and forgot to bring them to creche.

An ambulance was called to the scene and was there when Marissa arrived. Not thinking this was something that could have happened to them, the couple was in shock and disbelief. 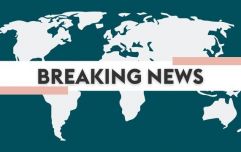 END_OF_DOCUMENT_TOKEN_TO_BE_REPLACED

“Our job as parents is to protect our children. He feels like he failed them, and though the loss was not my fault, I feel I failed them too,” Marissa says.

Looking back on the incident, Marissa feels like it is a "fog", and had to identify her children from photographs at the medical office.

Three years since the tragedy, Marissa and Juan are still together, and he managed to avoid prison time after pleading guilty to two counts of reckless endangerment.

While she wasn't always Juan's biggest fan after what had happened, the two have worked on their marriage for the sake of their children.

“I know Juan would have never hurt our children intentionally. My goal was then to keep him out of jail,” she said.

Adamant that more can be done to prevent this from happening to other families, she is hoping for a Hot Car Act in the US.

The act would ideally require that all new cars have technology that alerts the driver if someone is left in the car after the engine is switched off.