Gardaí believe the attack may have been random.

A man in his 40s is still being detained in connection with the murder of a young woman in Tullamore Co Offaly on Wednesday.

The woman, who was in her early 20s, has been named locally as Ashling Murphy, The Irish Times reports.

She was well known in the area as she worked as a primary school teacher and was also involved in the arts.

She had been jogging on the banks of the Grand canal at the time of the assault.

A murder investigation is underway and a post mortem will be carried out.

It is understood that another woman arrived on the scene during the fatal attack and disturbed the killer.

The man who was arrested is said to live in the Tullamore area but is not originally from the area.

With there being no link between the attacker and the victim, Gardaí are considering that the attack may have been random.

Minister for Justice Helen McEntee said her thoughts were with the family of the woman "killed in a truly shocking crime".

My thoughts tonight are with the family of the young woman killed in a truly shocking crime, with her friends and with her community.
Please anyone with information, come forward to An Garda Síochána. The Gardai will investigate this awful crime and ensure justice is done. 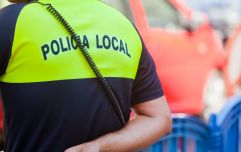 END_OF_DOCUMENT_TOKEN_TO_BE_REPLACED

"Please anyone with information, come forward to An Garda Síochána," she continued.

"The Gardaí will investigate this awful crime and ensure justice is done".


popular
Stacey Solomon slams 'one night of freedom' stag-do ahead of wedding
Meghan Markle visits Texas school shooting memorial
Claire Byrne reveals her RTÉ show is ending after 7 years
Woman hit by a motorbike in Dublin city fighting for her life in hospital
Deborah James praises doctors who gave her more time with her children
"Back where she belongs": Saoirse Ruane leaves hospital after 9 days
Dealing with sick tummies, sore heads or high fevers? We've got the perfect solution...

You may also like
1 hour ago
Weekend TV Guide: All the best kids films on TV this weekend
4 hours ago
Vicky Phelan lends some support to Saoirse Ruane after surgery
4 hours ago
The 2 Johnnies share catfish story that leaves listeners shocked
4 hours ago
Drooling! You can buy a Rock Shandy milkshake in Insomnia
4 hours ago
Young mum and her 3-year-old son pack their bags to travel the world
4 hours ago
Laverne Cox makes history with the first ever Trans Barbie doll
Next Page