The company maintains that they are the first major Irish organisation to report a zero % pay gap.

The Irish postal service An Post has taken steps to reduce the company's gender pay gap from 3.7% to zero.

As reported in Breaking News, the organisation said that it aims to keep the pay gap between +/- 3% in the coming years.

An Post maintains that they are the first major Irish company to report a zero % pay gap.

They found that the discrepancy in pay was due there being fewer women in the An Post Management Group as well as there being a tendency for female staff to stay on the pay scale rather than transferring to An Post Performance-related Pay Scheme.

Women make up half of the management board at An Post, while there is a 44:55 representation level on the graduate programme and a 39:61 level of representation in their process area managers.

The company has now said that they will launch a campaign to encourage increased applications from women. 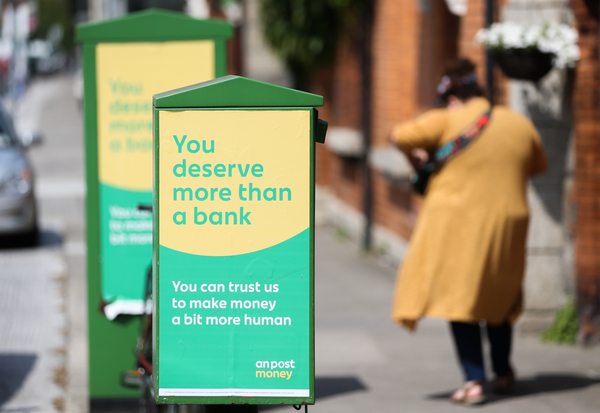 An Táiniste Leo Varadkar praised An Post for achieving a 0% gender pay gap.

END_OF_DOCUMENT_TOKEN_TO_BE_REPLACED

The Fine Gael leader said: "An Post is at the vanguard of efforts to eliminate the gender pay gap in workplaces. In the space of two years the company has brought the gap to zero.

"I congratulate An Post on showing leadership and ambition. The gender pay gap in society is unjustified and unfair and needs to be closed in every workplace."

He continued: "Many other companies are striving to set a similar example and I urge them to proceed as quickly as possible.

"The Gender Pay Gap Act initiated by the last Government and enacted by this Oireachtas will be a catalyst for more companies to achieve what An Post has achieved."

As it stands, men still earn significantly more money than women in Ireland. Research commissioned by WorkEqual earlier this year found that the pay gap in Ireland currently stands at 14.4%.