Newborn baby dies after being found in bathroom at Amazon warehouse

A baby has died after it was found in the bathroom of an Amazon warehouse in the US.

Police and paramedics were called to the distribution centre in Phoenix, Arizona at around 8.30pm yesterday evening.

The newborn infant had been found in a bin in a women's bathroom.

It was "beyond resuscitation" when first responders arrived on the scene, Phoenix police have said.

The warehouse continued to operate while the emergency personnel were there, the police added.

Images taken late last night show that the building was cordoned off and that the authorities were still at the scene of the tragedy.

Phoenix police investigating a death of a new born infant baby that was found in the women’s bathroom inside the Amazon fulfillment center. #Fox10phoenix @phoenixpolice @AmznFulfillment #Amazon #BREAKING pic.twitter.com/TerllN849E 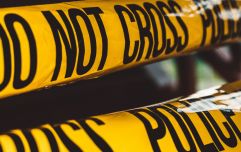 END_OF_DOCUMENT_TOKEN_TO_BE_REPLACED

An investigation has been launched. Amazon said in a statement that it is co-operating fully with the police.

"This is a terribly sad and tragic incident," a spokesperson told Fox News.

"We are working with local authorities to support their investigation.

"The safety and wellness of our team is our top priority."


popular
Father's Day murder-suicide kills family of four including 13 and 5-year-old
Safety expert warns against leaving kids’ bedroom doors ajar at night
As of today, every hospital in Ireland will have the same rules for partners attending maternity services
2-year-old boy hospitalised after swallowing 16 magnets from a toy
Newborn needs 13 stitches on her face after being "sliced" during emergency C-section
Why this year’s school report cards should just say ‘you did your best’
Are you a “petty feminist b*tch” if you don’t take your partner’s second name?
You may also like
17 hours ago
Andrew McGinley doesn't "feel like a dad anymore" after tragic deaths of children
1 day ago
Man charged after three-year-old dies from eating poisoned breakfast cereal
4 days ago
Pornhub sued by dozens of women over alleged image based and child sexual abuse
5 days ago
Heroic 10-year-old boy tragically dies whilst saving sister from drowning in river
6 days ago
Rob Delaney on the grief of losing his two-year-old son
1 week ago
Five-year-old boy dies from being left in hot car when dad forgot he was in back
Next Page