Chrissy Teigen is known for being vocal on social media and has gained a huge fan following for her witty posts and of course, adorable family snaps.

Several times in the past, she has stood up for herself when receiving online criticism for her personal and parenting life choices.

Recently, Chrissy had to take to social media once again to respond to a person questioning how she dressed her son.

Chrissy posted a photo of her son Miles standing beside a milestone placard stating that he was 20 months old and what his likes and dislikes are.

Miles looked absolutely adorable in the photo and all that most people saw was a very cute toddler with gorgeous hair. That was except for one person.

Under the original tweet were many responses including this one directed at the mother-of-two;

"Was it necessary for you to buy your son a Gucci track suit?" 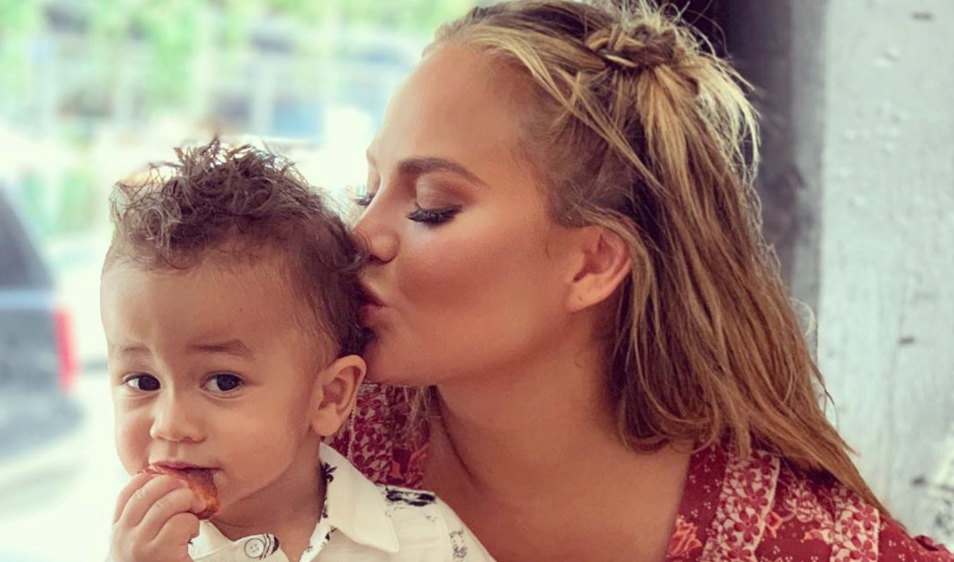 Of course Chrissy is not one to hide away when challenged and she was quick to respond to the question in the most Chrissy way imaginable;

Fans of the celebrity mum praised her for sticking up for herself and told her not to let those jealous of her lifestyle get her down;

"I'm glad you stopped apologizing for your blessings."

"Why are people worried about how u spend ur hard earned dollars, if you wanted to buy him a Gucci suit for everyday of the week, that’s your business. U rock, I like the boots also."

In fairness to Chrissy and her husband John, they've both worked hard to build their careers so if they want to buy their children nice things then they are more than entitled to.


popular
Midwife tragically dies in front of her children on flight
Caitriona Balfe pens moving tribute after her father's sudden death
How soon is too soon to leave your new baby for the first time?
Maura Higgins reveals she was sexually assaulted by taxi driver in Ireland
Here's where you can get the best deals on all your Back to School essentials
Kourtney Kardashian slammed for putting son in danger during boat trip
Tributes paid to girl (11) who died at water park in England
You may also like
6 days ago
"Joy has filled our home": Chrissy Teigen announces pregnancy
3 months ago
Courtney Stodden says Chrissy Teigen still hasn't apologised for cyberbullying them at 16
4 months ago
Is the "perfection of Instagram" giving new parents unrealistic expectations?
4 months ago
Chrissy Teigen says she's "finished" her latest round of IVF, over a year on from pregnancy loss
5 months ago
Chrissy Teigen begs fans to stop asking about pregnancy after death of baby Jack
6 months ago
Honest quotes from famous mums that will make you say 'yep, been there'
Next Page