Cleo Smith's mother has revealed more information about the night her daughter was abducted.

4-year-old Cleo was abducted from a family campsite in Western Australia last October.

36-year-old Terrence Darrell Kelly lured the young girl out of the tent. He lied to her and told her her baby sister was sick.

Cleo's mum shared: “She tells us that she was taken because her baby sister was sick."

“And so she needed to be taken away from us so that we could help her baby sister. She just knows a reason as to what he’s told her.”

Cleo was missing for 18 days but was later found on November 3rd.

Her family received a call when police officers found the young girl alone in a house, just minutes away from their own home.

Speaking of the moment she found out Cleo was safe, Ellie said she was in shock. 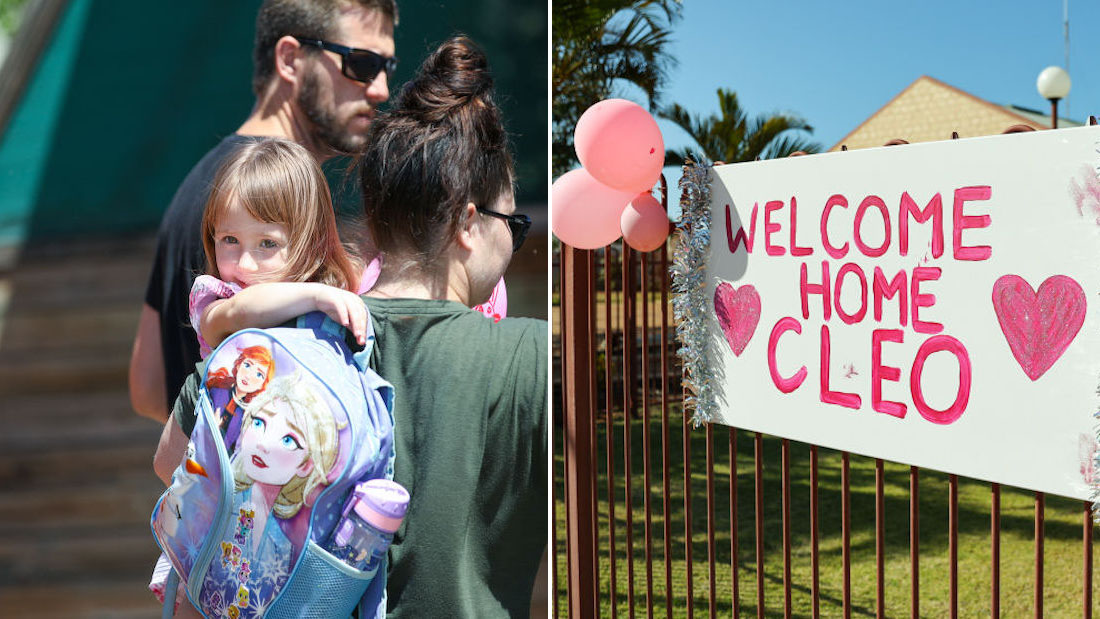 END_OF_DOCUMENT_TOKEN_TO_BE_REPLACED

"I was asleep when the phone call came through and I was like ‘this is either good or bad’. I answered it and straight away the officer said, 'I’ve got someone who wants to say hello to you.

Her mother said Cleo is making progress, but she fears what happened will affect her forever.

“She’s blocked out a lot as to what’s happened. She kind of went into survivor mode and pushed it very far away," she shared.

Cleo's mum said she is happy and bubbly, but she is also sad and angry.


popular
Parent's Benefit Leave extended from today - here's what you need to know
"You're disgusting": Prince William roars at photographer who was 'stalking' his family
DIY: How to transform your old trampoline into a super-cosy 'summer hideout'
Vicky Phelan shares message of support with Charlie Bird as she deals with pain
I tried 'slow parenting' for a year and I'm never going back
Expert says Cocomelon acts "as a drug" to kids' brains
Premature baby thrown away by hospital who mistook body for soiled bed linen
You may also like
1 week ago
5-year-old boy tragically dies after being left in car in extreme heat
1 week ago
Baby boy tragically dies after being left in hot car for hours
2 weeks ago
Young boy found alive after being trapped in well for four days
2 weeks ago
Father charged with the murder of his three young children in Chicago
2 weeks ago
4-year-old girl dies after being left on school bus in extreme heat
2 weeks ago
4-year-old boy given unintended vasectomy during hernia surgery
Next Page