Doctor Who fans rejoice! The thirteenth Time Lord is (finally) a woman

Doctor Who fans, old and young alike, are celebrating the news that the Thirteenth Time Lord will be a woman. 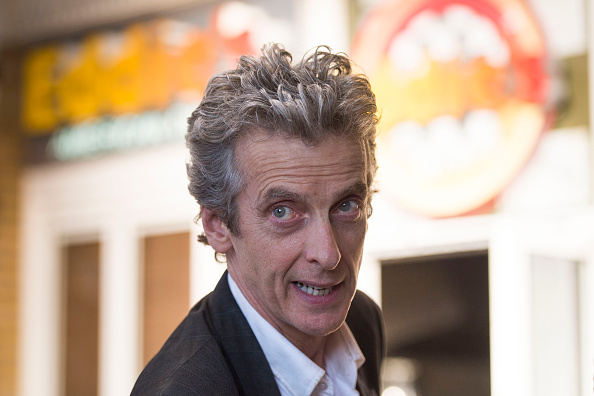 The BBC have announced that actor Jodie Whittaker will be the new Doctor Who. Whittaker will be the first ever woman to play the iconic Time Lord and is set to take over from Peter Capaldi, who will leave the show at Christmas. Jodie, who previously starred opposite Judi Dench and Imelda Staunton in period drama Cranford, says it's an honour:

"I’m beyond excited to begin this epic journey with every Whovian on this planet. It’s more than an honour to play the Doctor. It means remembering everyone I used to be, while stepping forward to embrace everything the Doctor stands for: hope. I can’t wait."

Chris Chibnall, the programme's new head writer and executive producer, says he always wanted the next Time Lord to be a woman:

"After months of lists, conversations, auditions, recalls, and a lot of secret-keeping, we’re excited to welcome Jodie Whittaker as the Thirteenth Doctor. I always knew I wanted the Thirteenth Doctor to be a woman and we're thrilled to have secured our number one choice.

Her audition for The Doctor simply blew us all away. Jodie is an in-demand, funny, inspiring, super-smart force of nature and will bring loads of wit, strength and warmth to the role. The Thirteenth Doctor is on her way."

The Doctor's current incarnation, Scottish actor Peter Capaldi who has played the role since 2013, says Whittaker will make a fantastic Time Lord:

"Anyone who has seen Jodie Whittaker’s work will know that she is a wonderful actress of great individuality and charm. She has above all the huge heart to play this most special part. She’s going to be a fantastic Doctor."

popular
Shock after baby is discovered alone in pram late at night in Dublin
HSE issues advice for parents if their child starts choking
Conor McGregor hit by car ‘at full speed’ while cycling
Italian children don't have bedtimes and it could actually be a good thing
Shows like Bluey and Peppa Pig are actually bad for kids, expert warns
Stacey Solomon's fans think they've figured out her baby's name
Expert says Cocomelon acts "as a drug" to kids' brains
You may also like
10 hours ago
The car seat hack that could save your child's life in an accident
11 hours ago
Blake Lively to star in film adaption of It Ends With Us
12 hours ago
Conor McGregor hit by car ‘at full speed’ while cycling
14 hours ago
Molly-Mae Hague fans think they officially know her baby's name – and it means cloud
14 hours ago
Teacher helps pupils change gender identity without their parents permission
14 hours ago
Love Actually star reveals incredibly emotional behind-the-scenes story
Next Page