Four-Year-Old Drowns Beside Mother Distracted By Her Mobile Phone

A 4-year-old boy has drowned in a swimming pool at China's Ocean Spring Resort just feet away from his mother who was distracted by her mobile phone.

According to the Daily Mail, the tragic incident occurred at a popular water park in China's Xianyang area. In a surveillance video (contains upsetting footage) posted to Twitter by People's Daily Online the young boy can be seen desperately struggling to stay above the surface of the water.

The child's mother, who was reported to be standing just three metres (10 feet) away from her son, was distracted by her mobile phone and apparently unaware of what was happening.

Although the young boy struggled in the water for approximately three minutes before sinking to a depth of 1.1 meters, none of the eight people in the water at the time of the incident realised that the child was drowning.

After realising that her son was nowhere to be seen the panicked mother sought help from water park staff. Tragically, the 4-year-old's lifeless body was finally found after an hour-long search. 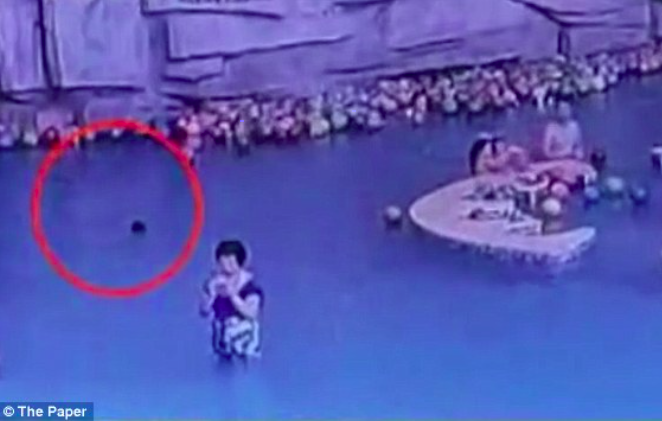 The Ocean Spring Resort closed to allow an investigation into the distressing events.