Isn't this always the way when you order online?

I don't know how many times I've seen stories about people ordering things online just to have something very different arrive.

Usually in these stories the problem is that the items are way smaller than expected but that wasn't the issue for this dad.

In fact the item he ordered was so big that it actually had to be crane lifted into his garden.

Oh just a 20 foot dinosaur for his four-year-old son. 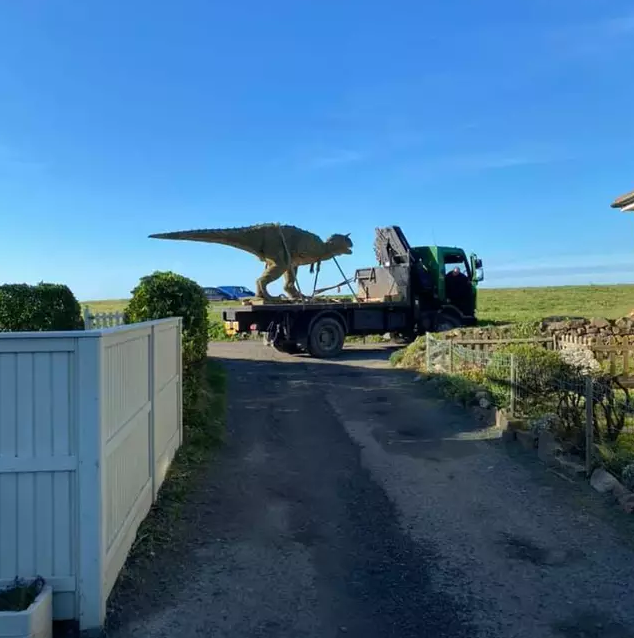 I know I've given out to my brother and sister for buying my children toys too big for the house before but they've never been so big they wouldn't fit through the front door.

Andre Bisson became the proud owner of this 20 foot dinosaur when his wife had spotted that a local amusement park were selling off some of their statues online.

His four-year-old Theo had previously asked for the largest carnotaurus ever as a gift not long before they spotted the sale so Bisson decided to see if a carnotaurus was among the dinosaurs for sale.

To his luck one was but it came with a heft price tag of a little over one thousand euro. Nevertheless he decided that it was the one thing that his son really wanted so he went ahead and bought it.....without ever seeing it in person first. 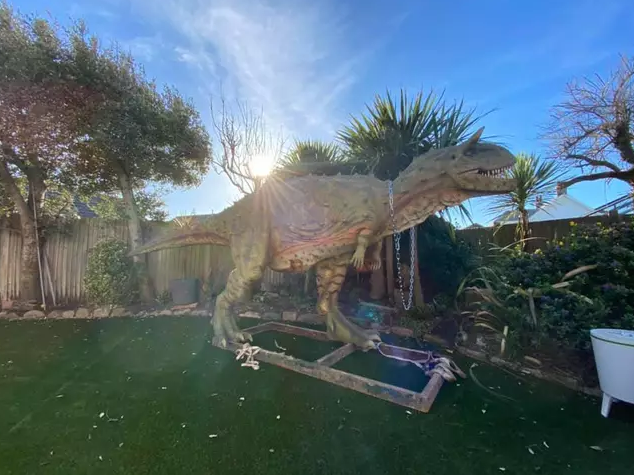 Because Andre had only even seen thumbnail images of the dinosaur before he bought it he had no idea it would be 20 foot tall and would require a crane to lift it onto his property.

He did tell Unilad though that he doesn't regret it as his son absolutely adores it;

"Theo didn't want to go to school as he didn't want to leave him, he thought he'd be home alone - he wanted to take him on the yellow crane. He said he was hungry, so we cooked fish fingers and fed him. Theo and Chaz are best buds - he's got a pet dinosaur."

Good call on the fish fingers Theo, I've yet to meet a dinosaur that doesn't love them.

popular
Elf on the Shelf is actually pretty bad for your kids, according to an expert
Expert says Cocomelon acts "as a drug" to kids' brains
4 ways to fix hard slime with ingredients you probably already have at home
How safe is your Air Fryer? These household appliances cause the most damage
This Netflix Christmas film is being dubbed the perfect rom-com
"My heart sank": Tubridy hit with backlash over Toy Show remark
Shows like Bluey and Peppa Pig are actually bad for kids, expert warns
You may also like
2 months ago
Musings: Can we talk about that first wee after giving birth, because JAYSUS!
2 months ago
Some things definitely 'not' to do if you've been up all night with the baby
3 months ago
There's a candle that smells like Freshly Signed Divorce Papers and it's a mood
4 months ago
Mum starts a photo thread of what sums up motherhood and it's too real
4 months ago
Mums writes post on how to prepare for children and it's the absolute truth
5 months ago
Think you're having a bad day? : Mom accidentally names baby 'Lasagna'
Next Page