They have insisted that the pair were there in a professional capacity.

After Phillip Scholfield and Holly Willoughby faced online scrutiny for allegedly skipping the queue to see Queen Elizabeth II's coffin lying in state, bosses at ITV have defended their actions, and insisted that they were there in a professional capacity.

The pair were spotted wearing lanyards and in a separate press section on Friday.

Since then, This Morning has shared a statement on the issue on their Instagram page.

It read: "Hello everyone, we would like to clarify something.

"We asked Philip and Holly to be part of a film for this Tuesday's programme. They did not jump the queue, have VIP access of file past the Queen lying in state – but instead were there in a professional capacity as part of the world's media to report on the event." 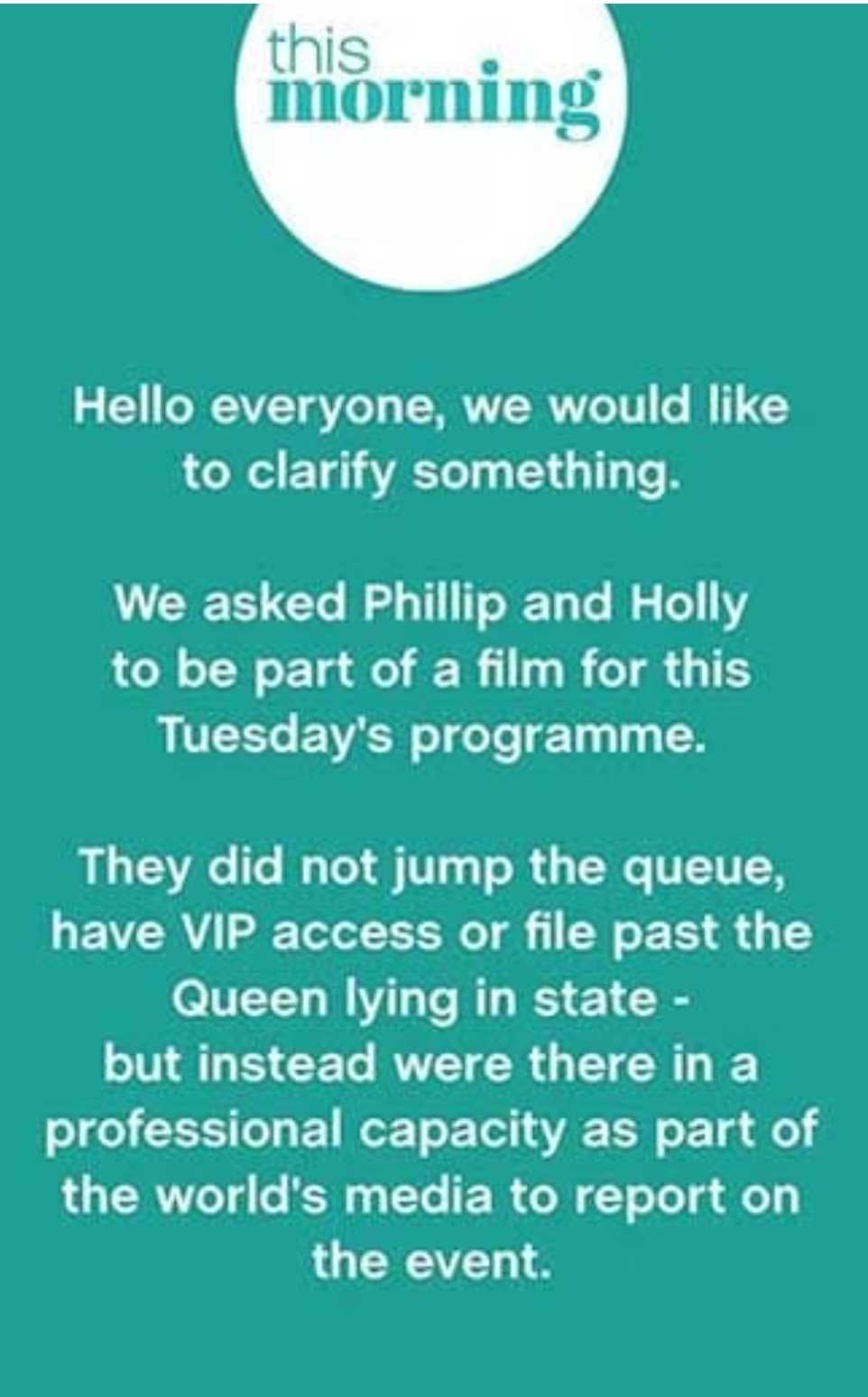 Holly and Phil were among many celebrities spotted paying their respects to the Queen's coffin. Others who have been included David Beckham, Susanna Reid, Tilda Swinton, Sharon Osbourne, Daniel Mays and Neil Jones.

Singer James Blunt was also spotted in the queue, and took to Twitter to joke about being bumped up.

On Twitter, he wrote: "Offered to sing, and am now being ushered to the front."

Offered to sing, and am now being ushered to the front. 🤷‍♂️ https://t.co/9YlC7TW9fD 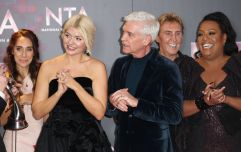 END_OF_DOCUMENT_TOKEN_TO_BE_REPLACED

The Queen passed away on 8 September at the age of 96.

A statement announcing her death at the time read: "The Queen died peacefully at Balmoral this afternoon. The King and The Queen Consort will remain at Balmoral this evening and will return to London tomorrow."

Last week, her daughter Princess Anne issued a statement in which she wrote that she was "fortunate" to be by her mother's side during her final few days.

She penned: "I was fortunate to share the last 24 hours of my dearest Mother’s life. It has been an honour and a privilege to accompany her on her final journeys.

"Witnessing the love and respect shown by so many on these journeys has been both humbling and uplifting. We will all share unique memories. I offer my thanks to each and everyone who shares our sense of loss."

popular
Should pit bulls be banned in Ireland? Parents express concerns after recent attacks
People are realising what the red Christmas lights are actually for
Parents told to stop buying selection boxes for kids- here's why
"Losing a baby is the ultimate loss, but to watch on over a video call is soul destroying"
Woman gives birth to baby boy and girl less than 12 months apart
This Netflix Christmas film is being dubbed the perfect rom-com
Alejandro Miszan: Fundraiser set up following vicious dog attack
You may also like
2 months ago
ITV boss defends Phil and Holly once more
2 months ago
Holly and Phillip weren't on media list for Queen's lying in state
2 months ago
"Distraught" Holly Willoughby could quit This Morning over queue skipping backlash
2 months ago
Holly Willoughby and Phillip Schofield speak out against queue jumping claims
2 months ago
This Morning goes full Black Mirror by offering to pay energy bills as prizes
5 months ago
Holly Willoughby calls for mandatory dyslexia screening in schools
Next Page