Louise Redknapp was "quite shocked" by Jamie's wedding news

Jamie and Louise Redknapp ended their marriage in 2017.

Louise Redknapp was "quite shocked" when she found out her ex-husband Jamie was remarrying.

The singer reportedly "didn't have a lot of time to prepare" for the news, according to The Mirror.

The former Strictly star was aware Jamie was set to walk down the aisle again, but it is believed she was stunned by the news.

She was made aware of the nuptials because of her sons' involvement in the ceremony.

It is understood 12-year-old Beau and 17-year-old Charley walked into the service by their dad's side.

"She didn't have a lot of time to prepare because Jamie just wanted to be married before the baby was born," a source told the publication.

Frida and Jamie were joined by his sons at the ceremony on Monday. His parents, Harry and Sandra Redknapp also attended. 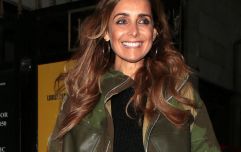 END_OF_DOCUMENT_TOKEN_TO_BE_REPLACED

Only the closest people possible joined the couple on their special day.

They celebrated at a Mayfair restaurant with close friends and family later that day.

The source revealed 48-year-old Redknapp was desperate to marry Andersson before she gave birth.

It is understood the mum-of-two has struggled with seeing Jamie move on so swiftly.

The couple separated in 2017 after nearly 20 years of marriage.

A source told Closer, "Louise only wants Jamie to be happy, it's never going to be easy watching your ex move on, let alone start a new family with someone else when you share children together, so it was a bit of a blow."

This is both Jamie and Frida's second marriage. The model shares four children with her ex-husband and US hedge fund manager Jonathan Lourie.


popular
My sister wants to marry our dead sister's husband- how could she do this?
12 Elf on the Shelf ideas that your child is bound to love
Cleo Smith's alleged abductor wins adjournment, delaying his case
Parents warn new children's app is "basically Tinder for kids"
Stuck for space? Here are the PERFECT Christmas trees for you
Grandmother sparks debate after saying she won't babysit grandson without being paid
20 Unisex Irish Baby Names That Are Absolutely Magical

You may also like
3 days ago
"She is too young": Kourtney Kardashian mum-shamed over daughter's latest TikTok
1 week ago
"Bursting with happiness": Amanda Byram welcomes her first child after fertility struggles
1 week ago
"I just went for it": Stacey Solomon dyes her hair bright red
2 weeks ago
Britney Spears reveals hopes to have another baby after conservatorship ends
2 weeks ago
Stacey Solomon gets emotional as daughter Rose reaches major milestone
3 weeks ago
Adele gets honest about the anxiety that left her bed-bound after divorce
Next Page