This is shocking – and wrong on so many levels.

A widowed father was left reeling after a stranger insisted on changing his baby’s nappy and accused him of being “a pervert” when he refused.

Taking to Reddit to discuss the episode, the 28-year-old revealed that after his wife tragically died from complications during her labour, he is now the sole carer for his four-month-old baby. And given the trauma surrounding his wife's passing, he hasn't trusted anyone else to look after his little girl yet.

Which, I think we can all agree, is perfectly understandable.

The young dad explains in his post that on a recent outing to a shopping centre with his daughter, he discovered she had a dirty nappy, and needed to find somewhere to change her.

However,  when he realised that there was no changing table in the men’s bathroom, the man asked a member of staff to check if the women's bathroom was empty so he could go in and change his daughter. 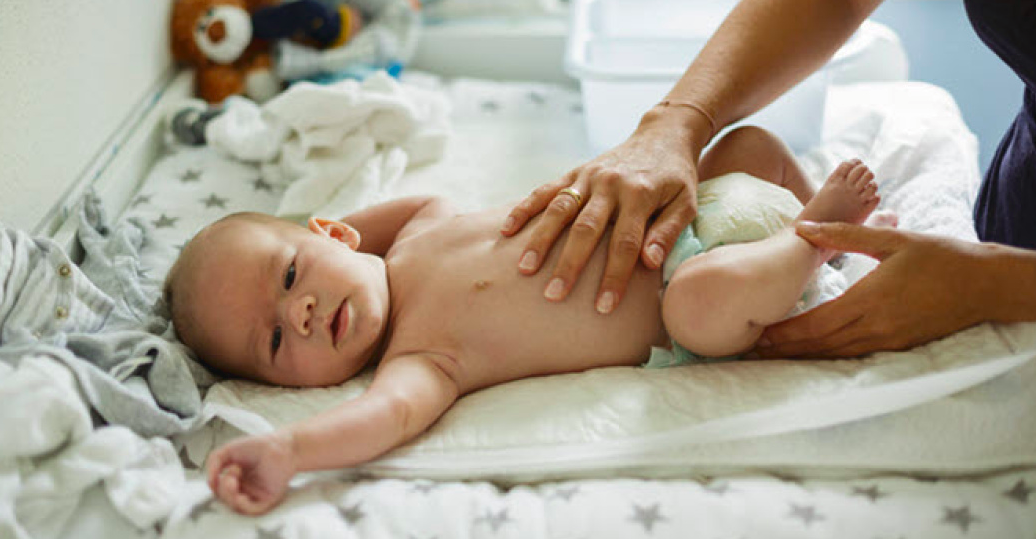 “A woman nearby heard our exchange and came over with her three kids. She offered to change my child for me,” the dad explained in his post.

"She insisted on changing my baby's nappy herself"

However, the dad said he really didn't feel comfortable letting a stranger take his newborn into the bathrooms without him – and so he declined the offer.

The woman did not take too kindly to this, apparently.

“(She) says it’s inappropriate for a man to go into a women's bathroom and offered to change my baby again,” the 28-year-old explained.

“I refused and said that she's a stranger and I'd rather not leave her with my child. I guess this made her tick because she started to go off on this tangent about how I'm a man and she's a woman and she knows more than me when it comes to being a parent (which is probably true as I'm still new to this) and I should just let her change my baby as ‘the smell could cause a disturbance’.”

With the baby getting more upset by the minute – and the smell getting worse – the dad explains he went to make his way into the bathroom to change her anyway.

END_OF_DOCUMENT_TOKEN_TO_BE_REPLACED

“She blocks my way with her shopping cart and calls me a pervert,” he said.

“There's a small crowd gathering from all the commotion and I don’t want anyone to get the wrong idea so I walk into the family bathroom (which didn’t have a change table) and change her on my lap.”

"Dads need to change their kids too"

In his Reddit post, the man explains that upon telling his family and friends about the episode, some seem to reckon he should have just let the women change his baby.

However, other Reddit users came down firmly on the man's side.

“No one in their right mind would hand over their 4-month-old to a total stranger and let them change their nappy," one person wrote.

"It drives me bonkers that changing facilities aren’t available in every bathroom, dads need to change their kids too. It’s not the 50’s anymore it’s time for society to catch up and update the infrastructure."

“Would this woman have been comfortable with handing one of her kids over to a complete stranger if the roles were reversed? Probably not."

While a third one chimed in:

"To this day I still don't understand why there's no changing station in men's bathrooms. It's beyond me that they are only located in the women's bathrooms."

popular
Woman shocked after spotting her dead husband in promo video for restaurant
HSE issues advice for parents if their child starts choking
Shock after baby is discovered alone in pram late at night in Dublin
Do children belong at weddings? Mum starts heated debate
Research proves that hugging our kids helps them become successful adults
Expert says Cocomelon acts "as a drug" to kids' brains
Paris Hilton's husband's 9-year-old child wrote a letter begging him to be in her life
You may also like
6 days ago
Patient in his 80s killed in Cork hospital ward following attack
1 week ago
Jeremy Clarkson apologises to Meghan Markle over for 'disgraceful' column
3 weeks ago
Ireland set to ban "cruel process" of conversion therapy
3 weeks ago
Details emerge in Bruna Fonseca investigation in Cork
4 weeks ago
Andrew Tate releases statement following Romania arrest
1 month ago
You can now rent Iris's cottage from The Holiday on Airbnb
Next Page