We all have days where we feel like we can't get a comb through our hair, but for one little girl this is always the case.

Taylor Lynn from Chicago has an extremely rare condition called Uncombable Hair Syndrome, which causes her hair to stand on end rather than lying flat.

The condition is so unique that there have only been roughly 100 documented cases of UHS worldwide.

UHS happens when a person inherits two copies of a gene mutation, one from each parent, that changes the shape of the hair shaft to a heart or kidney-shape, rather than the typical round shape of most people.

Taylor's mum Cara set up the Facebook page Baby Einstein 2.0 to help raise awareness of the condition and spread the message of body positivity.

The page currently has over 3,000 followers and is growing every day. 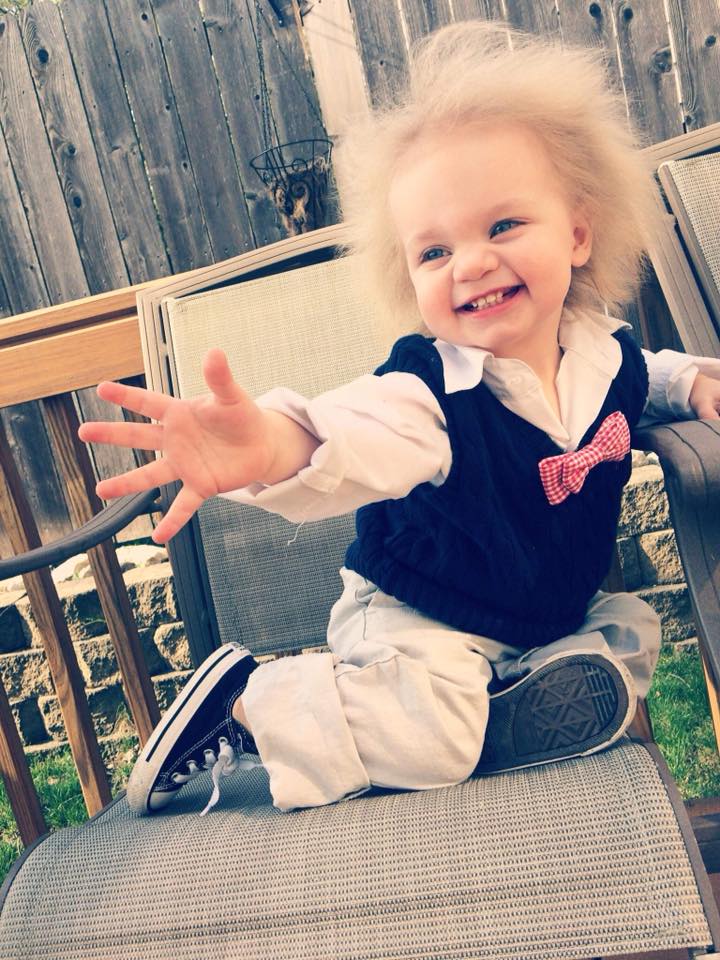 Talking to Buzzfeed News, Taylor's mum gushed about how cool her hair is.

"Her hair looks amazing, like she’s a mini Albert Einstein. It can be placed in a pony tail that will often stick straight up through the top of her head."

They first noticed how different was when she was just a baby.

"It was a little unique, it was fuzzy, and we expected that it would eventually fall out,that never happened."

Most people diagnosed with UH have silvery or fair coloured hair that is prone to being dry and frizzy.

Although they will always have the mutation, some people have outgrown the symptoms as they get older, and their hair quality changes over time, but this isn't the case for everyone and some with UHS will always have fluffy hair. 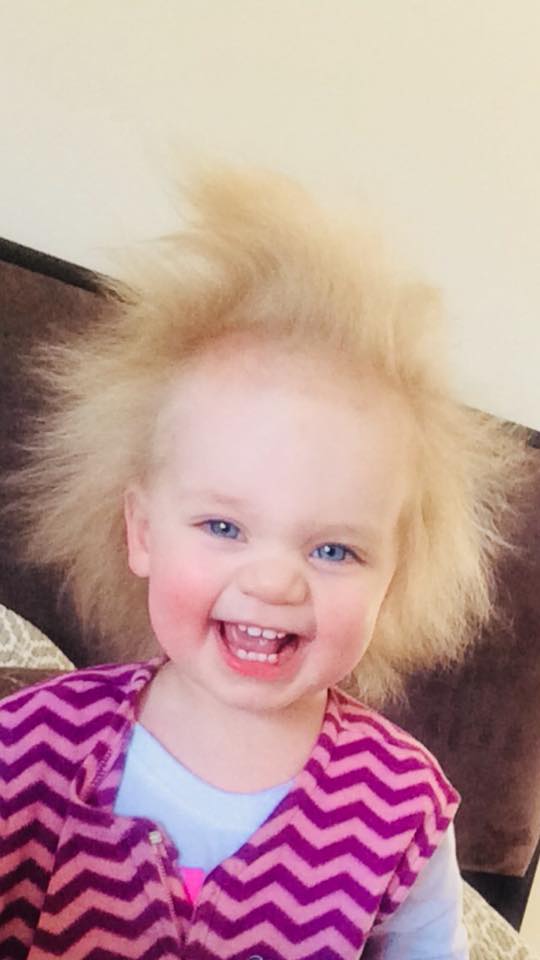 Having grown up with frizzy curls that like to do their own thing I have an inkling of what Taylor and her mum have to deal with on a daily basis.

Taylor's family hope that she will love herself and her unique hair and that the world will too, but with that absolutely adorable face who wouldn't melt for her?

If you'd like to follow Taylor and her mum Cara and find out more about UHS, you can over on their fan page.


popular
13 super sweet baby names many parents haven't discovered yet
"What a force you were": Tributes paid to Glee actor Naya Rivera
Lockdown babies: Parents are opting for some very unique pandemic baby names
14 gorgeous baby names inspired by locations all over the world
This jam drop cookie recipe will keep the whole family entertained (until they start asking for more)
The top baby names (so far) of 2020 are in – and we have spotted a trend
The 30 baby names that are going to be super popular in 10 years time
You may also like
1 day ago
Scientists are urging parents to keep their children's baby teeth and this is why
1 week ago
The differences between Dyslexia, Dyspraxia, Dyscalculia and Dysgraphia
3 weeks ago
FDA says children with ADHD can be prescribed a special video game
1 month ago
Mum explains what you should do if your child pulls hot tea down on themselves
1 month ago
Does your baby look like their dad? Science says it could have health benefits
2 months ago
Research finds that red wine and chocolate contain anti-aging properties
Next Page