Woman in her 20s attacked and killed along canal in Tullamore

A man in his 40s is currently being detained at Tullamore Garda Station.

Gardaí in Tullamore have launched a murder investigation after a woman in her 20s was killed.

The young woman was exercising along the canal bank at Cappincur when she was attacked.

Sadly, she succumbed to her injuries, Gardaí confirmed.

The route is believed to be popular with locals, especially with walkers and runners. It is within walking distance of Tullamore town.

The attack took place in broad daylight, just after 4 pm. The young woman was running alone when the man attacked her.

A man in his 40s has been arrested in connection with the young woman's death.

He is being detained at Tullamore Garda Station.

He is being held under Section 4 of the Criminal Justice Act, 1984. 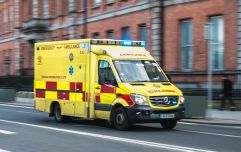 END_OF_DOCUMENT_TOKEN_TO_BE_REPLACED

The young woman's body remains at the scene and it will remain preserved overnight.

The State Pathologist and the Garda Technical Bureau have been notified.

Gardaí believe this was a random attack. They do not think the victim and the attacker know one another.

They will not know the extent of the woman's injuries under an examination is conducted by the State Pathologist.

Witnesses have been urged to come forward. They're particularly interested in speaking to anyone who was in the Cappincur/ Canal walk area of Tullamore before 4 pm.