"You never know who is dealing with alopecia in secret."

During my time working at HerFamily, I've spoken to many women across the country on different aspects of women's health.

This week I spoke to journalist and actor Mary Cate Smith who was diagnosed with alopecia in 2019 after noticing that her hair was slowly starting to fall out.

Mary Cate shared with me her shock at losing her hair, how it felt to share her condition with others and what she wants other women dealing with hair loss to know.

"I remember I just saw one little patch on the right hand side of my head but I didn't take much notice of it. After a while though, I started to notice more patches.

At first I thought it might have been due to the contraceptive injection I was taking at the time as a friend pointed out that a side effect was hair loss.

I didn't realise how serious it was getting until I had someone ask me one day if I had a brain tumour because there was a huge big bald patch on the back of my head.

Last March during the lockdown was when it got particularly bad and it was then I decided to go get a wig. It was either that or deal with all the stares.

I still had a small patch of hair left but it was becoming very uncomfortable to wear the wig over it, so a few months ago I made the decision to shave my head." 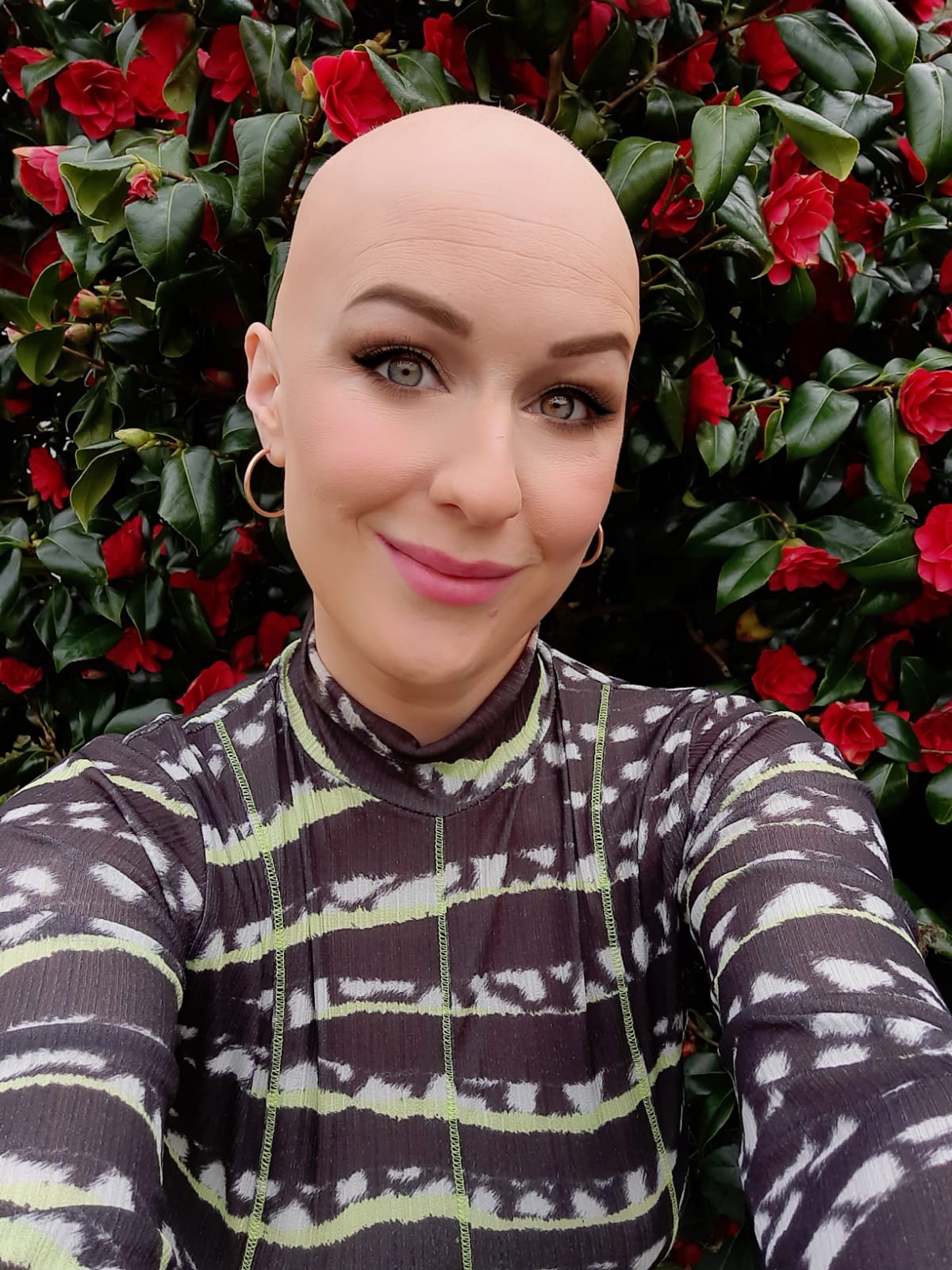 "I went to a dermatologist and he told me that it was an auto immune condition in which your body thinks its under attack. Your body thinks your hair is attacking it so it tries to get rid of it.

He said it had nothing to do with the stress I had been dealing with and that there was no medical evidence to back up alopecia being caused by stress.

He talked me through all my options and while there are some for the type of alopecia that I have which is, alopecia areata which is patchy, it does look like I'm progressing to alopecia universalis.

It was funny because when I was talking to the doctor I mentioned that when I was 15 I had my eyebrows waxed and the hair never grew back and they told me that that was actually my first incounter with alopecia."

"Like a lot of women I attached a lot of value to my hair.

Over the years I've had a love/hate relationship with my face but I always loved my hair. It was the one part of me that I truly connected with and just felt like 'yeah that's me'.

Speaking to other women dealing with alopecia I found that it's quite a common feeling.

I never really heard anyone talk about dealing with alopecia until Amber Jean Rowan and I was really surprised when she revealed she is bald.

It just goes to show you that you never know who is dealing with it in secret.

I actually messaged Amber on Instagram and not only did she reply but she has helped support me through my own alopecia journey.

That kind of support system is so important because like I said very few people talk about it and I always let me followers on social media know that my DMs are open if they need advice or support."

"There's so much pressure on us in society, especially when it comes to women on how we should look.

Right now I'm in my thirties and I'm at a point in my life where I really know who I am and I'm really happy with who I am.

I make good decisions and I'm proud of myself and for a long time I wasn't and I felt like if I didn't look a certain way or didn't conform that I was failing.

I think what really changed my perception of beauty was watching my sister go through cancer treatment and lose her hair.

Between her hair loss and mine, it changed my relationship with beauty and appeasing the opinions of others is now the last thing on my mind.

There's bigger things in life than appearance. The only thing that matters to me right now is my family and friends."

You can find Mary Cate on social media under the handle @thefashionhorn.

popular
"My heart sank": Tubridy hit with backlash over Toy Show remark
Downton Abbey's Jessica Brown Findlay welcomes twins after IVF struggle
Irish company create app that will send your kids messages from an Elf
Mysterious clumps in Christmas tree should be removed immediately
Elf on the Shelf is actually pretty bad for your kids, according to an expert
Expert says Cocomelon acts "as a drug" to kids' brains
5 reasons having a son is the best (even if you were hoping for a girl)
You may also like
1 week ago
Watching Christmas movies is good for your health- here's how
1 week ago
83% of women call for time-off policies for severe period symptoms
3 weeks ago
Should you give your child a soother? Here's exactly what you need to know
1 month ago
Daytime naps should stop when child turns two, science claims
1 month ago
Expert reveals how often you should clean your child's bath toys
1 month ago
Parents beware: false widow spiders like hiding in socks and slippers left on the floor overnight
Next Page