Cutting carbs when you just really love bread: how to get your gluten hit

Last week, I made the embarrassing mistake of asking for a diet coke in a hipster eatery. Let's just say I received a very specific look. Some might call it a death stare.

The waitress told me in no uncertain times that they don't serve "that stuff" but asked if I'd like some Kombucha instead. What's that when it's at home? Juice? Erm, no. It turns out it's a drink made by fermenting tea using a symbiotic 'colony' of bacteria and yeast. Mmmm delish...excuse me while I drink this can of coke in the corner of shame.

On another occasion, I was in my local supermarket wandering somewhat aimlessly and searching for packed-lunch inspiration. As I browsed, I saw something that stopped me in my tracks. No, it wasn't a half-price Ben & Jerry’s sale, it was a small boy, about five or six-years-old, optimistically presenting his mother with a multi-pack of chocolate bars. He was pleading in his best whiney voice and becoming increasingly desperate. We all know the drill.

I wasn’t paying a great degree of attention to the interaction as I was too busy scanning ingredients for nut warnings (nobody I knew had a nut allergy when I was a kid, now I regularly worry about being brought up on manslaughter charges while I pack my children’s school lunches). The boy wasn’t giving up – the whining and begging were gaining momentum and then I heard her say it, “No you can’t have those! I have told you before they are poisonous. There is poison in that food sweetheart – the carrageenan will kill you”.

Wow. My first response was to whip out my phone and Google what a carrageenan was so that I could avoid meeting my maker in a dried goods aisle - FYI it's a food additive derived from edible seaweed. My second response was to wonder when exactly did healthy eating become the law?

Look, I’m no newbie to Mummyland. I’ve puréed organic baby food from vegetables I’ve grown in my garden (totes pesticide free of course). I've been engrossed in conversations about baby vegetarianism, lactose intolerance, gluten-free diets and the dark evils of grains. However, I’ve also spent many years sitting in play centres producing tubs of carrot sticks while praying silently that some crunchy raw vegetables will shut them up in front of the organic mums until I inevitably give in and hand over a packet of Onion Rings in the car.

These days, I regularly hear a voice come out of my mouth that sounds like mine but says things like "I’ll have the organic hummus wrap with quinoa, the kale kimchi, and a water" when the voice in my head has clearly ordered a white bread bacon sandwich with brown sauce, a packet of cheese and onion crisps and a coke. What’s going on? Who is the quinoa woman? I know who she is. She is someone who has succumbed to the state of moral panic in Mummyland and is holding bacon sambo woman captive.

During these times of carbohydrate-related regret I turn to my secret gluten hit: cloud bread. This super low-carb, four-ingredient 'bread' is the answer for those of us who love the taste but hate the guilt. Here’s three recipes (including a bacon sandwich) you can thank me for later...

Use this basic recipe for Cloud Bread. 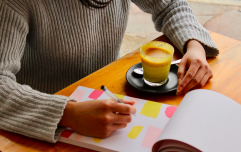 END_OF_DOCUMENT_TOKEN_TO_BE_REPLACED

Creamy avocado, seasoned chicken and crispy bacon will turn your cloud bread into this beauty of a sandwich.

While the cloud breads are baking, cook the chicken and bacon with some salt and pepper.

To arrange the sandwich, begin by combining mayo and sriracha and spreading that onto the underside of one of the cloud breads. Add your chicken onto your mayo mixture.

Add two slices of cheese and the bacon, nestle some halved tomatoes and spread mashed avocado on top. Season to taste, and top with the other cloud bread. 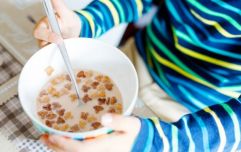 Children should be eating of side-plates, not full-sized plates, says new health guidelines

END_OF_DOCUMENT_TOKEN_TO_BE_REPLACED

Pizza cravings have caused many a low-carb or grain-free dieter to go off the diet rails. But no more.

1. Preheat oven to 225 C. Line two cookie sheets with non-stick sheets or spray with non-stick cooking spray.
2. Let the breads cool a little before you start assembling the pizzas (note: breads are very crumbly at first).
3. To make pizzas spoon about 2-3 teaspoons of sauce over pizzas and spread evenly, top with small pieces of basil, lastly top with cheese.
4. Bake at for 6-8 minutes. Watch the pizzas closely as the bread will continue to brown. 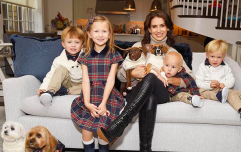 END_OF_DOCUMENT_TOKEN_TO_BE_REPLACED

Coconut milk "whipped cream" adds an extra special touch of flavor and nutrition to this gorgeous and much-better-for-you version of strawberry shortcake.

Next whip the whip cream ingredients until thickened.

Let the cloud bread cool a little before you assemble the shortcakes, and layer high with whipped "cream" and berries. Sprinkle with coconut palm sugar.


popular
Six stillbirths linked to Covid-19 in Irish hospitals
Lidl's hanging egg chair is coming back to stores this month
These 5 Foods Could Increase Your Chances of Having Twins
Princess Charlotte doesn't have to bow to the Queen but Prince George does - here's why
Looking for pain relief for you and your children? We've got just the answer
20 Unisex Irish Baby Names That Are Absolutely Magical
Can you pronouce these 7 'unique' baby names? They're trickier than you think

You may also like
1 week ago
Eat your skin better: 10 foods that will rehydrate your body from the inside out
1 week ago
The easy chia cookies to make on the weekend that'll have your breakfast sorted all week
1 month ago
Nutritious AND delicious – 3 pancake recipes that scream weekend brunch
2 months ago
Eat your greens: 10 dishes with sneaky hidden veggies (that your kids will actually eat)
2 months ago
3 delicious smoothie bowls to keep your immune system good and strong
2 months ago
The genius TikTok wrap hack that is about to save your homeschool lunchtime
Next Page