Why this mum has banned her sons from watching telly

TV time isn't the best for kids, but would you consider getting rid of it altogether?

We'd all like to burn the box from time to time when we have trouble getting the kids away from it but one mum has gone the whole hog and banned her two sons from watching TV at all.

Veronika Pena, whose sons Kiyan and Rafael are 7 and 12 years old, keeps them from watching telly for the sake of their health.

"I know from my training as a fitness instructor that physical movement is the key to a child's development," she told the Sun.

"Sitting still in front of a screen seriously inhibits their mental and physical progress." 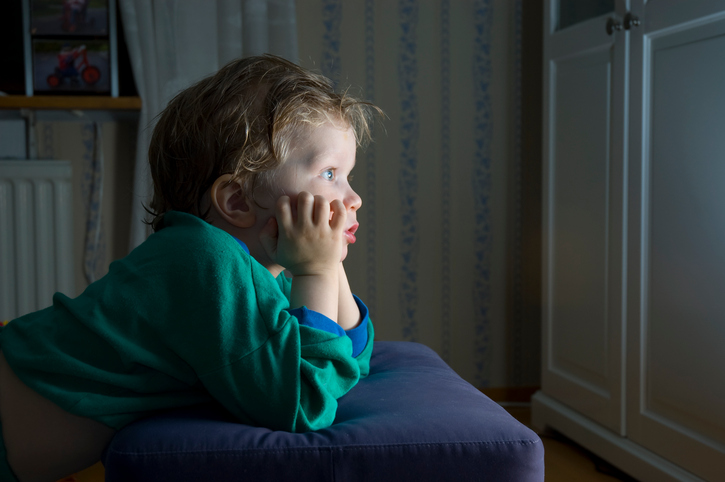 The boys don't even watch it at friend's houses as Veronika, who lives in Herefordshire in England with her husband and kids, asks other parents not to let them.

"I don’t see that as a problem – it’s the same as a vegetarian asking them not to feed their kids meat," she said.

She said that watching TV just once had a negative effect on one of the boys.

END_OF_DOCUMENT_TOKEN_TO_BE_REPLACED

"My dad let Rafael watch Power Rangers once and afterwards he went so crazy for days that even he agreed it was a good idea they didn’t watch anything!"

The screen time issue is a big one for parents - John Legend, husband of Chrissy Teigen, revealed earlier this year that they haven't let their one-year-old daughter Luna have any screen or TV time just yet.

That said, Luna's still very young. We don't know how practical it'd really be to completely keep your tots away from screens forever.


popular
Here's where you can get the best deals on all your Back to School essentials
Inside Prince William and Kate's beautiful new home in Windsor
Musings: Stop saying my partner is 'minding' our kids – he's parenting them
Expert says Cocomelon acts "as a drug" to kids' brains
Giving our children experiences rather than toys makes them more intelligent
Baby twins die in hot car after dad forgets to drop them to creche
Opinion: All schools should have generic school uniforms
You may also like
5 days ago
How soon is too soon to leave your new baby for the first time?
1 week ago
If you could have a "parenting do-over", what would you change?
1 week ago
These are things police officers wish you’d teach your kids to keep them safe
2 weeks ago
I tried a viral 5-second trick that promised to make me a happier, calmer parent
3 weeks ago
I kicked my daughter's friend out of her birthday party- was I wrong?
3 weeks ago
Mums are sleep deprived for six years after having a baby – and yet dads are not
Next Page