We can all ease up on the 'mom guilt' now it seems.

I always knew I would be a working mum – being raised in Norway, it is simply what everyone does – even my grandmothers had careers alongside being mothers.

I love motherhood – it is the most fantastic thing I have ever done. But I also love my job – and I can't imagine not being able to do both – I know it wouldn't make me happy. And yes, I know I am lucky in that I had a full year's paid maternity leave and felt ready to go back to work when I did. And I have some flexibility, which is great.

But the thing is - I still sometimes feel that dreaded 'mum guilt' from time to time – because yes, being a working mother does take some juggling. And it does mean that my kids sometimes have to wait while I reply to an e-mail or chase a deadline.

And, just like it is for other working mums too, it might even mean missing a football match here or there, or a ballet show or other smaller or bigger things. I make every effort not to, but sometimes, holding down a job and being a mum, well, it can be a lot.

However, maybe we should all stop feeling so guilty?

Working mums benefit both girls and boys – in different ways

A 2015 Harvard Business School study found that adult children raised by mums who worked outside of the home experienced significant career boosts of their own.

In particular, researchers discovered that women with working mamas were more likely to be employed, work as supervisors and earn at least 23 percent more than women with at-home mums.

It also benefits boys in the long term. 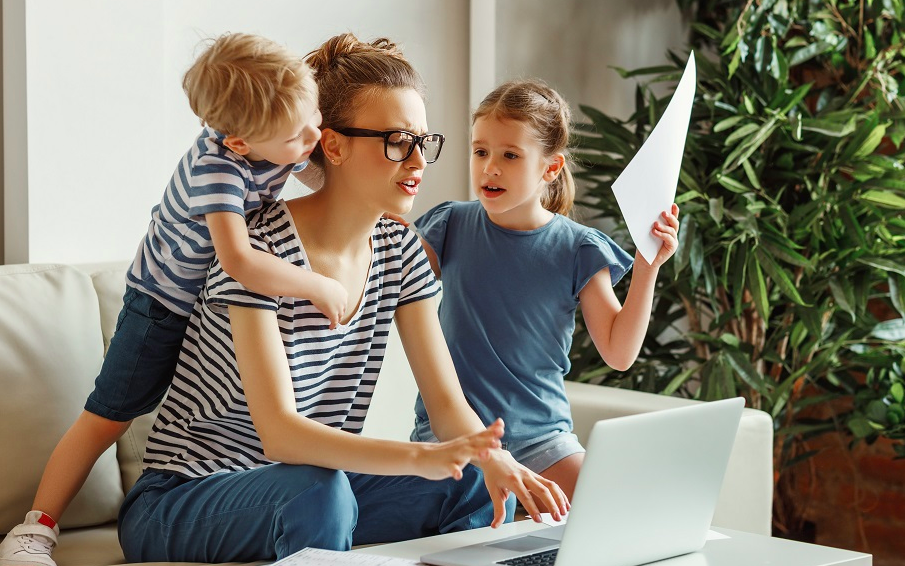 Men with mothers who worked were more likely to spend time taking care of family members and doing chores around the house, according to the research—meaning that working mums help promote more equal levels of responsibilities.

In a more recent study from Denmark, similar effects were seen, which found working mothers positively influence their daughters' careers and contribute to reducing the gender pay gap.

“There are very few things that we know of, that have such a clear effect on gender equality as being raised by a working mother," says Kathleen L. McGinn, a Harvard business professor who co-led the study.

“The direct effects are significant across the board."

More resarch was done on children of working mums, and what the Harvard researchers found, was that not only did having a working mother make a children more likely to succeed in their job, it also made them happy.

In a press release, the researcher state:

Now the full study has been released, and it brings even more good news for the children of working moms: They wind up just as happy in adulthood as the children of moms who stayed home.

Harvard Business School Professor Kathleen McGinn hopes the findings bring a big sigh of relief for guilt-ridden mothers who either have to hold down a job to make ends meet or simply choose to work outside the home while raising their children.

“People still have this belief that when moms are employed, it’s somehow detrimental to their children,” says McGinn, the Cahners-Rabb Professor of Business Administration. “So our finding that maternal employment doesn’t affect kids’ happiness in adulthood is really important.”

popular
Vogue Williams opens up about her divorce from Brian McFadden
Emma Pattison made distressed call to sister before murder-suicide
Dunnes Stores launches stunning collection of Communion dresses
Siblings kidnapped in March 2022 have been found alive
Brendan Fraser blamed himself after son's autism diagnosis
Stacey Solomon hints at baby girl's name as due date nears
Expert team end search for Nicola Bulley declaring she’s not in the water
You may also like
1 day ago
Most premature babies have no long term health issues, study finds
5 days ago
Toddlers are happier with fewer toys, study finds
1 month ago
Leaving your Christmas lights up is actually good for your mental health
3 months ago
Letting teens drink alcohol at home won't stop them binge drinking
4 months ago
This simple change could be key to getting your children to go to sleep faster
5 months ago
Jaundice could be an evolutionary step in protecting your child against this disease
Next Page