Since time began old wives' tales claiming to help you conceive a baby of a certain gender have been around.

And while some of them seem more plausible than others (that are flat out crazy), is there actually any truth to any of these?

In a study in the Netherlands involving 32 couples, apparently 81 per cent who stuck to a so-called "gender selection" plan were successful.

According to the study, the gender selection plan involved timing sex based on whether the couples wanted a boy or girl. For example, having sex a few days before ovulation meant that when the egg was eventually released, the male sperm were already spent, while the female sperm were still available. This is because boy sperm swim faster but also die faster, while girl sperm are slower, but more resilient. (Go figure!)

Many also believe that diet can play a part in determining a baby's gender, and there has always been some vague myths in existence about how certain dietary choices could increase or decrease your chances of having a certain gender baby. 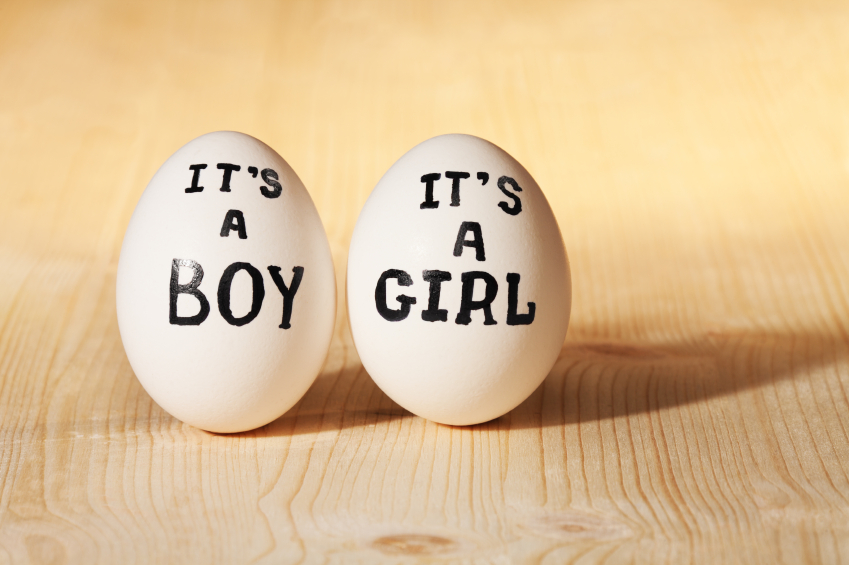 Which was the focus of the second part of the Dutch study.

Apparently, to conceive a girl, the mother-to-be should eat foods “low in potassium and sodium but high in calcium and magnesium, to make the uterus more ‘female-friendly’.”

And before you say "Drink milk", we say: "Pig out on ice cream!"

Other dietary advice for conceiving girl babies include making your uterus more acidic, as female sperm are said to favour acidic environments. This can apparently be achieved by eating increased amounts of citrus fruits, vinegar and chocolate (yay!). You should also decrease your salt intake if you’re hoping to be shopping for pink and make sure you eat a stack of fresh fruit and vegetables.

Should boys be on your mind, however (and who would want a gorgeous little baby boy?!), to increase your chances of conceiving one of these you should include lots salty foods and increase your glucose intake.

Look, we're not saying these are fool-proof and 100% accurate, but if you are looking for an excuse to break out the Ben & Jerry's...

What old wives' tales about gender swaying have YOU come across? And did any of them actually work? Let us know in the comments!


popular
Eight parenting milestones that will make you jump for joy (every single time)
The dress that Holly Willoughby wore this morning is getting very mixed reactions
These €20 Zara trousers are seriously comfortable and they come in three colours
Totally tropical baby names inspired by Hawaii
There's a reason why babies love to sleep with their bum in the air and it's adorable
11 super-cute baby girl names your friends will wish they had thought of first
These 5 Foods Could Increase Your Chances of Having Twins
You may also like
1 week ago
Researchers now believe there is a link between consuming processed food in pregnancy and autism
2 weeks ago
The picture of what 10 centimetres dilated looks like is utterly mind-blowing
3 weeks ago
Jewellery designer Chupi announces pregnancy and shares her IVF journey
3 weeks ago
Babies born in February have some pretty amazing advantages – no, really – it's true
4 weeks ago
Women should wait one year between giving birth and getting pregnant, says study
1 month ago
Planning a babymoon? Five romantic European hotels to escape to before your little one arrives
Next Page