It's the kind of thing you think can never happen to you – but it can. All it takes is a moment of distraction.

And we hear of it over and over again, babies being left in their carseats and parents simply forgetting they are there. Until it's too late.

However, recently, after several cases of young babies and children being left in cars in what has become known as ‘forgotten baby syndrome’, Italy has introduced a new law requiring parents to have special alarmed car seats.

The law, which came into force earlier this week, on November 7th, was introduced after a number of cases of babies or small children dying in hot cars after being accidentally forgotten and left inside by their parents.

The seats, according to The Telegraph, should have both visual and audio signals that can be seen inside and outside of the car.

Under the new law, car seat alarms are now compulsory for all children under the age of four, and parents must either purchase a new car seat, which is said to cost around €100 buy an alarm attachment.

According to CNN, the authorities in Italy says the devices are available online and in stores specializing in children's items. Parents at some point will be able to submit a receipt to the government to recoup incentive money. The government has not yet worked out the reimbursement paperwork, the ministry said.

The new seats have a motion sensor that triggers an alarm and flashing lights if a child is left alone in the car. As well as this, a notification can also be sent to the parent's mobile phone. 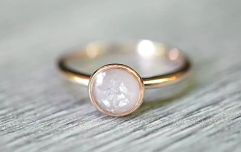 END_OF_DOCUMENT_TOKEN_TO_BE_REPLACED

Failing to get a new alarm will see parents face fines up to €326 ($523) and five points being docked from their driving licence. A second offence within two years will see the driver’s license suspended for two weeks.

And when you look at statistics, it is easy to see why some countries are now going to measurements such as implementing new laws.

According to KidsAndCars.org, 38 children in the United States die each year because they were trapped in a hot vehicle. But the deaths from 2016 to 2019 have exceeded that number; in 2019, 52 children have died, according to the organization.

In Australia, Kidsafe reports that more than 5,000 children are rescued after being left unattended in a car every year.


popular
The 30 baby names that are going to be super popular in 10 years time
Mothers outside the Dáil once again to demand maternity leave extension
Kristen Bell reveals the potty training hack that finally helped get her daughter out of nappies
10 beautiful baby girl names none of your friends will have thought of first
Royally cute: 15 regal baby girl names perfect for your little princess
10 baby boy names forgotten in time – that we reckon deserve a second chance
SuperValu & AsIAm launch Autism-Friendly learning resource "Bridge Back to School”
You may also like
1 hour ago
H&M to close 170 stores this year due to dropping sales
1 hour ago
Mothers outside the Dáil once again to demand maternity leave extension
1 day ago
Aldi donating non-surplus food to food hub service during Covid-19
1 day ago
Dr Tony Holohan to be granted Freedom of the City of Dublin
2 days ago
Gardaí seeking the public’s assistance in tracing 23-month-old Jasmine Arshad
4 days ago
This year's 'Shine a Light' on homelessness initiative is asking us all to sleep outside ONE night
Next Page